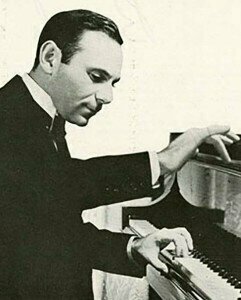 Romantic artists have long been fascinated with the Orient. Paradoxically, this attraction became even more powerful because it concerned essentially unknown territory. Guided by a more or less imagined Orient, a good deal of music was motivated by the picturesque. However, we should not forget that this fascination with non-Western music offered the Western composer the possibilities for a renewal of the tonal language. Authenticity was clearly taking a backseat to imagination. Composed with all the authority of someone who has never set foot in the Orient, the Three Chinese Pieces composed by American pianist, composer, writer, educator and radio personality Abram Chasins (1903-1987) maybe a good case in point. 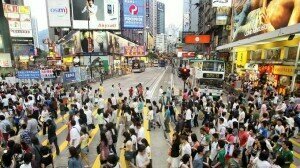 Abram Chasins: Three Chinese Pieces
Chasins was appointed on the recommendation of Josef Hofmann to the faculty of the Curtis Institute of Music in Philadelphia at age 23. He performed in solo recitals and with major orchestras in the United States, Canada, South America and Europe. He also hosted a classical music radio show for decades, and published books on his colleagues Van Cliburn and Stokowski alongside a highly entertaining volume entitled “Speaking of Pianists.” A master piano stylist, he composed two piano concertos, 24 preludes, and various virtuoso two-piano transcriptions. However, his best-known and most frequently performed work is undoubtedly his Three Chinese Pieces, a set of piano miniatures that he also orchestrated. Experience an imagined “Flirtation in a Chinese Garden,” “A Shanghai Tragedy,” and the bustle of vehicular and pedestrian traffic in the “Rush Hour in Hong Kong.” These short gems were taken up by some of the finest pianists of the 20th century, including Wilhelm Backhaus, Shura Cherkassky and Josef Hofmann.