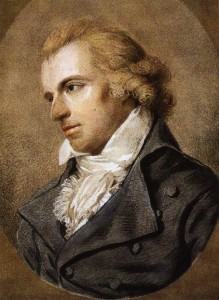 Although he set the great poets such as Goethe, Beethoven set one poem by a German writer who was better known for his plays. In music, many of those plays were the basis for great operas: Wilhelm Tell became Rossini’s Guilllaume Tell, Don Carlos became Verdi’s Don Carlo and Don Carlos, Maria Stuart became Donizetti’s Maria Stuarda. For Beethoven, it was one particular poem that changed everything.

Schiller’s An die Freude (Ode to Joy) was written in 1785, published in 1786, and then revised in 1808. It was this 1808 version that Beethoven set, but only after making his own changes, setting only part of the poem and reordering parts of it. Where he used it was in the final movement of his greatest symphony: it forms the choral ending to Symphony No. 9.

The music has taken on a life outside that of the symphony, showing up in all sorts of places: being used in anti-Pinochet rallies in Chile, being played in Tiananmen Square by the students, being played in the concert after the Fall of the Berlin Wall, and being used by flash mobs everywhere.

Other poets that Beethoven set included Christian Fürchtegott Gellert (1715 –1769). Gellert was one of the predecessors to the golden age of German literature and he was instrumental in moving German literature out of it’s past and into the new styles that would eventually result in the innovations of Schiller and Goethe. Beethoven wrote a set of six songs on Gellert’s poetry and it is the fourth song, Die Ehre Gottes aus der Natur, that lets Beethoven meet the challenges of the text. 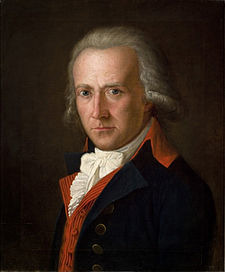 Beethoven: 6 Songs, Op. 48: No. 4. Die Ehre Gottes aus der Natur (Dietrich Fischer-Dieskau, baritone; Jörg Demus, piano)
To hear Beethoven on a more intimate level, we can look at his setting of Matthison’s poem Adelaide. This isn’t the monumental Beethoven we’re so familiar with, but a Beethoven setting a love song. Adelaide’s image can be seen by the lover in a stream, in the snow, in the clouds, and, if you can listen carefully, you can hear Adelaide’s name no less than 14 times.