Composers Inspiration
“Before I compose a piece, I walk around it several times”
by Georg Predota March 29th, 2015 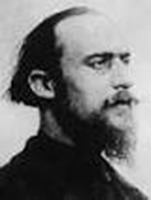 For Erik Satie, dance, theatre and cabaret music run as virtually continuous threads throughout his life. And every single composition adheres to the virtues of his musical craft; simplicity, brevity and precision. Many of Satie’s early compositional efforts rely on seemingly endless but varied repetition, which immerses the listener into a sense of timeless musical space. Observers have suggested an analogy to sculpture, in which “a statue is being viewed from a variety of different angles.” His 3 Sarabandes of 1887 experiment with the juxtaposition of a limited number of musical cells within a baroque dance movement. These short works are harmonically uncompromising, as all important cadential functions are tonally ambivalent. In 1916, Roland Manuel wrote, “These Sarabandes mark a date in the evolution of our music: here are three short pieces of an unprecedented harmonic technique, born of an entirely new aesthetic, which create a unique atmosphere, a sonorous magic of complete originality.”

Erik Satie: 3 Sarabandes
Satie articulated his compositional aesthetic in 1917. “Do not forget that the melody is the Idea, the outline; as much as it is the form and the subject matter of a work. The harmony is an illumination, an exhibition of the object, its reflection … If there is form and a new style of writing, there is a new craft … Great Masters are brilliant through their ideas, their craft is a simple means to an end, nothing more. It is their ideas, which endure … The Idea can do without Art.” Satie insisted that the 3 Gymnopédies for piano composed in 1888 were inspired by the writings of the novelist Gustav Flaubert. Gently undulating, these works belong to a different corner of Satie’s imagination. Lilting, modal and never quite predictable, a contemporary listener remarked that these pieces were “written by a savage with taste.” In the orchestration of Claude Debussy, these miniatures became Satie’s most popular works.

Erik Satie: 3 Gymnopédies
Satie’s contempt for tradition, his rye humor and his loyalty to the absurd are probably best demonstrated in his short piano piece entitled “Vexations.” According to Satie’s inscription, “the motif has to be heard 840 times in a row.” It was John Cage who took Satie by his word and organized a 19-hour performance in September 1963, featuring a squad of rotating pianist. The Guinness Book of World Records eagerly took note, and ever since complete performances have become something of a tradition. One pianist has attempted to perform the work by himself, but “he had to stop after 15 hours because of intense hallucinations.” Of course, there is no evidence that Satie’s instructions were to be taken literally. Cage, it seems made his name on a willful misinterpretation of Satie.

Erik Satie: Vexations
Erik Satie spent well over a decade of his life playing the piano and composing songs in Parisian cabarets and nightclubs. The musical entertainment was described as follows: A drunkard’s hiccup gives way to a young girl’s obscenities; where the triumph of French wit and gaiety consists in disguising as a soldier the most grotesque clown so that he may disgorge with his slobbering idiocy, the uniform for which our patriotic orators do their utmost, yet in vain, to demand respect. And then, you will arrive at the piece de resistance: a play or revue, whose title emblazons the posters with suggestive words and equivocal syllables, offering the public the irresistible attraction of lurid puns.” Satie’s Allons-y Chochotte musically mirrors the piquant text describing various stages of a romantic relationship, always ending in the gruff refrain, “Let’s get on with it Chochotte.”

Erik Satie: Allons-y Chochotte
Please join us next time for a closer listen to Satie’s work emerging from his Rose+Croix period, his studies at the “Schola Cantorum,” and his involvement with the ballet.