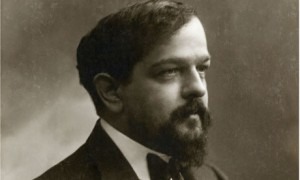 The music of Claude Debussy is evocative. One cannot help but be transported by his subtle shadings of tone color, delicate instrumentations and shimmering melodies. A master at the piano and of orchestration, his name is linked with Impressionism although Debussy himself didn’t like the term. Music, like painting, moved from realism to the depiction of the transitory impressions of nature, and like the brushstrokes of the paintings of Monet, Pissaro and Cézanne, Debussy’s music is full of sensuality, beauty and innovative techniques. Debussy used non-traditional scales and musical structures for his distinctive and groundbreaking style.

Debussy lived during a particularly stimulating environment in Paris in the 1890’s developing friendships with the crème de la crème of Parisian artists including composers Satie, and Chausson, pianist Harold Bauer and writers and poets such as Mallarmé. Other artists we associate with this fecund time include Renoir, Dégas, Sisley and the writer Émile Zola. The 1890’s were also significant for it’s political upheaval. The Dreyfus Affair, the infamous scandal that divided all of France, occurred at the time when Debussy was emerging as a force that changed the course of music.

His orchestral work the Prélude à L’Après-midi d’un Faune (Prelude to the Afternoon of a Faun) premiered in 1894 and his opera Pelléas et Mélisande, composed the next year, created such a sensation that they firmly established Debussy as a revolutionary composer. Society either loved him or hated him.

The use of the solo flute depicting the faun in the Prelude seems virtually free form, and improvisatory. His orchestration includes muted horns, sourdine or muted strings, unconventional scales involving whole tones that skirt tonality and meters and keys that change frequently. The tempos vary constantly and they are controlled by explicit instructions in the music: “Toujours en animant” (always becoming more animated) and “Retenu et Soutenu” (slowing and sustained.) These all contribute to the effect of a dream. Debussy says it best:

“The music of this prelude is a very free illustration of Mallarmé’s beautiful poem. By no means does it claim to be a synthesis of it. Rather there is a succession of scenes through which pass the desires and dreams of the faun in the heat of the afternoon. Then, tired of pursuing the timorous flight of nymphs and naiads, he succumbs to intoxicating sleep, in which he can finally realize his dreams of possession in universal Nature” 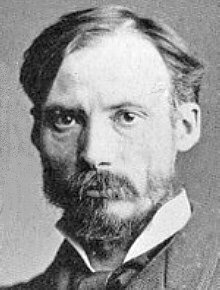 This is one of Debussy’s most well-known and favorite works. Even though it is a mere ten minutes, the piece is considered groundbreaking.

Debussy wrote masterfully in virtually every genre. His Réverie (dreams) is a stunning little piano piece, which has been transcribed for solo cello (or violin) and piano. For me what is most striking is the gorgeous melody that depicts yearning, heartbreak and delight.

Debussy’s Cello Sonata is also a very short work. It is in three movements and it is packed with wit and charm. The rhythms are malleable and fluid oftentimes giving the cellist license to interpret freely. The second movement which uses effects such as pizzicato (plucking), harmonics, slides, playing on the fingerboard for a very light unfocused quality and also playing on the bridge for a gutsy almost haunting effect, allow great breadth of expression. It is almost Harlequinesque as it changes in mood tempo and meter. This piece is justifiably one of the masterpieces of the cello literature.

His String Quartet is one of two highly regarded Impressionistic works in this genre. The other is by Maurice Ravel. Composed in 1893, it is one of Debussy’s first major works. The quartet is in the conventional form of four movements but that is where the similarity to things past ends. The quartet is one of the first cyclical works, where the thematic material is used throughout the entire piece. His use of exotic chords, unconventional keys and time signatures, singular effects and tone colors and driving rhythms make it a challenging but magical piece of music to perform.

The three-movement work programmatically depicts the sea and the dialogue between the wind, the atmosphere, the light and the sea. Of course there is a storm. One can feel the spray of the water and the whitecaps of the waves that are depicted musically in a masterful way. The quickly changing dynamics and unpredictable moods like the sea, makes us almost seasick!

His use of sensual tone colors and unique harmonies results in an orchestration that was very unusual at the time — muted horns and trumpets, two harps, beautiful solos in the oboe; an English horn, a contra bassoon, a huge percussion section and lush string writing, including gorgeous solos for the concertmaster and the principal cello with Cor Anglais (English horn.)

La Mer is one of the supreme masterpieces of the symphonic literature and one we relish hearing and playing time after time.

A special way to celebrate Debussy : Prelude to the afternoon of a faun.