Composers Inspiration
Chloe Flower
From Bach to Cardi B
by Georg Predota May 15th, 2019 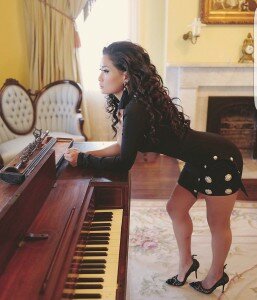 Glenn Gould catapulted to international stardom and iconic fame with his inventive and energetic interpretations of Bach But when he did his Beethoven crossovers, his idiosyncratic and sometimes outlandish interpretations were considered “questionable.” For Gould, “Beethoven always sounded like the upsetting of a bag of nails, with here and there also a dropped hammer.” Crossing musical and stylistic boundaries has become much easier in the 21st century, yet the path from Bach to Rap is still a bit of a stretch. And that is exactly what pianist Chloe Flower has done. She started taking piano lessons at age two, and fell in love with the instrument. “I think for me music is always different and it’s challenging,” says Flower, “it’s the only thing I could do for 12 hours a day and not die.” Eventually she studied at the Royal Academy of Music in London, and she was getting “bored with practicing Bach.” So she began to play Bach while listening to rap music. “And then I was like, this is cool. I kind of like this Bach, which is very rhythmic with these drums. 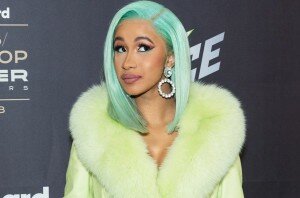 Chloe started posting videos on her Instagram page, mixing pop hits by Ariana Grande, Justin Bieber and Kendrick Lamar with her own classically inspired improvisations. As such, she attracted the attention of “Babyface,” the producer for Cardi B. Rapper Belcalis Marlenis Almánzar, professionally known as Cardi B, derives her stage name from “Bacardi,” a type of rum. She became a stripper to escape poverty and domestic violence, and eventually gained viral popularity with several videos posted on her official Instagram page. Flower was invited to appear with Cardi B at the Grammys, performing the song “Money.” This particular song only has two notes—B-flat and E-natural. “So, for me to do this,” Flower says, “I would have to have something more exciting to play.” So she wrote three solos that became part of the show. And as you can see in the video, Flower performed on a Baldwin piano covered in Swarovski crystals. Flower, however, did not invent that kind of bling. That piano initially belonged to Liberace!