Be stronger and more certain 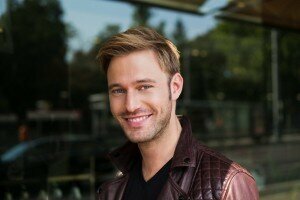 London-based baritone Benjamin Appl will perform in Hong Kong later this month; he talks to me about his journey from bank apprentice to world-renowned singer.

Benjamin Appl came to London to study at the Guildhall School of Music and Drama, and has stayed in London ever since. He frequently performs all over the world, but finding time to rest forms an important counterpoint to his travels.

‘I try and live as normal a life as possible – you can get more and more sensitive to everything, and end up a total hypochondriac,’ he remarks.

‘I like good food, spending time with friends, spending time outside – especially in London’s parks. Of course I can’t go clubbing, with all the noise. I try to eat healthily and have a lot of sleep. And I do try to have a glass of red wine every now and again…’

For Benjamin, who is constantly surrounded by music at work, down time equals quiet time.

‘You go to any shop, any coffee shop: there’s music everywhere. Even in restaurants, the music can be so loud. The most luxurious thing is to be surrounded by silence. We’re so overloaded by music. Sometimes it’s wonderful to go to a restaurant with no music, so you can actually talk.’

Benjamin’s longing for silence may be felt strongly now, but as a child it was his immersion in a musical family that ignited his passion for singing. None of his family were professional musicians, but he remembers his mother singing and playing the guitar to him as a child.

His two older brothers wanted to join the local boys’ choir in their home town of Regensburg, and in true curious-sibling style, Benjamin followed suit soon after.

Mendelssohn: 6 Gesange, Op. 34: No. 2. Auf Flugeln des Gesanges
‘I loved travelling and performing, and learning new music. I also had a really supportive first teacher who showed me lots of new repertoire.’

Along with the initial encouragement, Benjamin’s teacher recognised the dangers of working professionally in such an industry – and wasn’t afraid to show it.

‘He was always reserved towards people who wanted to become professional singers – so many fail, or give up. He showed his reservation quite deeply, and I also wasn’t sure. I knew I needed a lot of time to decide, so I decided to work in a bank.’

He coupled his bank work with a degree in business administration, which gave him a unique perspective on his transition back into singing. In his own words, ‘I thought having a degree in something else helps you to realise what you love in a short amount of time.

‘Compared to other singers who go to music college, I was quite a late bloomer. I was always the oldest in the year, but now looking back I think I’m lucky. People often start too young, both vocally but also in terms of life experience.’ 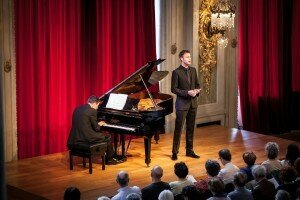 Benjamin is keen to communicate this need to his students when teaching. Along with his regular masterclasses, the Echo Rising Stars Scheme, of which Benjamin is an ambassador, has a strong educational arm, putting on workshops for young aspiring singers. He is also on the faculty at the Guildhall School, where he came to study after his time in banking.

‘Sometimes it clicks and something changes, but other times not. It’s important for teachers to find the right words, but to also be supportive and honest.’

Self-reflection and honesty are two of Benjamin’s most important tools, for singers at any stage of their career.

‘The bank called, with offers to come back. In the early days in particular, when the voice isn’t working, when you have auditions which don’t work out, you start to think ‘Should I go back, should I do something else?’ There was more insecurity in those first few years, but on the other hand it’s good to think carefully about what I’m doing, to be stronger and more certain.’