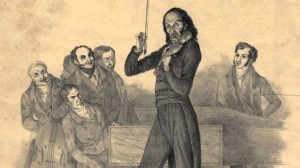 Niccolò Paganini had patiently confined his concert activities to Italy for almost 20 years before setting out to conquer various European capitals. Initially he appeared in Vienna and Franz Schubert excitedly reported, “We will never hear his like again!” He played 11 concerts in Berlin, and he performed for Goethe in Weimar. Mightily impressed, the poet stated, “I have heard something meteoric.” 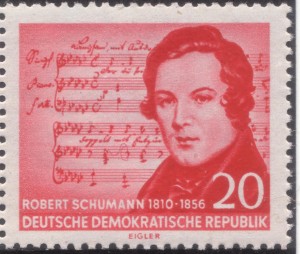 In April 1830, a young and ambitious Robert Schumann travelled to Frankfurt to hear the famed violinist. “How he cast his magnetic chains into the listeners lightly and invisibly,” Schumann writes, “so that the latter swayed from one side to the other!” Paganini was to become a member of Schumann’s imagined League of David against the Philistines, and makes a famed musical appearance in Carnaval. Initially, however, Schumann composed a set of six piano studies after the set of Paganini Capricci, Op. 1. Primarily intended as a pedagogical tool, Schumann returned to the same Paganini source in 1833 with a set of six Konzert-Etüden, Op. 10. 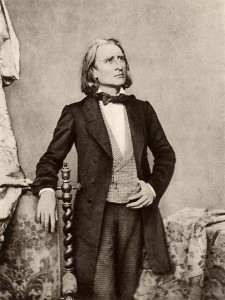 Franz Liszt described Paganini as “a miracle, which the kingdom of art has seen but once.” Yet concordantly he was keenly aware that Paganini’s artistry had been flawed by his egotism, “his god was never any other than his own gloomy, sad I.” Liszt famously articulated his vision by placing artistic genius under special obligations to serve the rest of humanity. “May the artist of the future decline to play the conceited and egotistical role which we hope has had in Paganini its last brilliant representative…May he constantly keep in mind that though the saying is ‘Noblesse oblige,’ in a far higher degree than nobility—‘Génie oblige!’” Liszt reworked his original 1838 set of six pieces based on Paganini’s 24 Caprices in 1851. Designated as Grandes Etudes de Paganini, the set is dedicated to Clara Schumann and includes the famous “La Campanella,” based on the last movement of Paganini’s Op. 7 Violin Concerto. 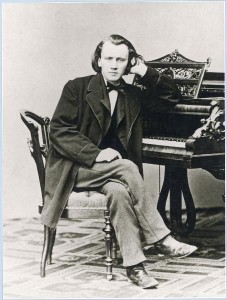 “La Campanella” aside, it was the last of the 24 Paganini Caprices that provided the framework and inspiration for some outstanding examples of variation homage. As “Caprices” go, they are short, étude-like compositions that confront various technical and interpretive aspects. In this case, the work is a textbook example of classical harmony—actually exposing the bare bones of its tonal simplicity—by gentle shifting from the tonic to dominant key and returning to the tonic. The second half presents a simple modulation via the circle of fifths, and a rhythmically accelerated and ornamented version of the melody concludes this charming little piece. Franz Liszt had stumbled onto this little gem in 1838, and Sergei Rachmaninoff would use it a century later. In fact, composers and performers seemed to be irresistibly drawn to that theme, and Ignaz Friedman, Mark Hambourg, Eugène Ysaÿe, Nathan Milstein and Fazil Say produced characteristic versions of their own. But it really achieved lasting musical fame in the hands of Johannes Brahms, who fashioned two monumental sets of solo-piano variations on that particular theme in 1863.

Johannes Brahms: Variations on a Theme by Paganini, Op. 35 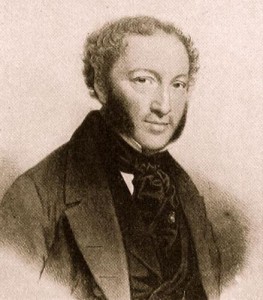 Once Paganini had conquered Paris, he set out to subdue London. He arrived in Dover on 13 May 1831, and was instantly surrounded by musicians and composers associated with the Royal Academy of Music. From the moment he played his first notes in London, in June 1831, “Paganini’s impact would be profound, an impact that resonated far beyond the dates of his last performances in Britain, in 1834.” Here as elsewhere, music performances would never be the same again. In London, Paganini met Ignaz Moscheles, a composer/performer greatly admired by Mendelssohn and Schumann. Moscheles was mesmerized and writes, “we had leisure to study those sharply defined features, the glowing eyes, the scanty, but long black hair, and the thin, gaunt figure, upon which the clothes hung loosely, the deep sunken cheeks and those long, bony fingers.” Moscheles was the teacher of the Italian violinist Nicholas Mori, who also dabbled in printing and selling musical scores. Mori asked Moscheles to compose a “Fantasie” on Paganini themes, and Paganini authorized the publication. Since the first booklet was a resounding success, Mori and Moscheles published two others without informing Paganini. Paganini was outraged and threatened legal action, but in the end dropped legal proceedings in exchange for a substantial monetary settlement. The second Moscheles “Gem” is anchored by themes from the first two movements of Paganini’s second violin concerto.