Opinion
Give it a Rest
On leaving and returning to familiar repertoire
by Frances Wilson November 26th, 2017 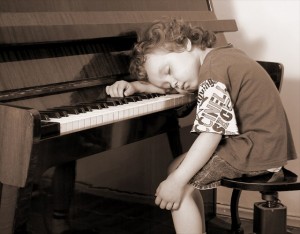 I’ve recommenced work on Schubert’s penultimate piano sonata (D 959 in A), following a few months’ hiatus due to family health issues, during which I was unable to give the music my full and proper attention. This sonata has become something of an obsession for me since I embarked on a study of it in autumn 2014 and occupies a good deal of my time, both at the piano and away from it. I have taken several breaks from the music during the course of my study and each time have returned to the work with renewed interest and vigour. When not actively practising the music at the piano, I find myself returning again and again to my books and articles on Schubert, while listening to his music, absorbing new details, new thoughts about the sonata, allowing his distinctive, highly personal idioms to seep into my musical consciousness.

Some works reveal their subtleties, depths and complexities more slowly than others. This is certainly true of Schubert’s music which has so many details to be unearthed and explored that one cannot expect to cover all of them in one go – nor even two or three. Rather like the layers of an onion, these details are peeled away over time and through repeated “returns” to the score. For example, in my latest work on the sonata, I am finding more interesting bass details and inner voices/instrumental lines to be highlighted. Whether these details will find their way into a final version, I cannot say, but the process of exploration definitely throws light on other aspects of the music and throws up new ideas for consideration.

Schubert Piano Sonata in A, D959 – Andantino
Another satisfying aspect of returning to a piece after a rest is finding that certain passages which previously seemed intractable or particularly challenging can now be played with ease and suppleness. This may seem curious, since one has spent weeks not practising the music at the instrument, but it strikes me that one needs time away to allow technical and musical details to embed in one’s mind and fingers. A rest also encourages one to practise differently: I have found myself returning to very simple practise in some areas of the work, stripping the music back and then rebuilding it.

When working on very complex repertoire one can reach a state of saturation where it becomes impossible to take in new ideas, nor even process existing ones. At this point, you may find yourself making silly or careless errors – this is usually the time to put the music aside and give it, and you, a rest.

There is plenty of useful work to be done while the music is resting – listening, reading (both score and books/articles about the music and composer), thinking and reflecting. If, like me, one is focussing on one specific composer or work, “listening around” the work in question is always helpful, in my opinion. And of course while some music is resting, other repertoire can be explored and enjoyed. In fact, I find playing music which seems almost diametrically opposed to Schubert (20th-century minimalism and jazz pieces by Bill Evans, for example) incredibly refreshing, allowing me to return to the Sonata with renewed enthusiasm.

Philip Glass – Opening
There is also such a thing as “over-practising” (though some students don’t believe me when I tell them this!). Over-practising can kill a piece of music, as we become complacent about the work and inured to errors, which are then very difficult to erase. Over-practising can also lead to boredom, which can make us careless in practise, and can cause injury which may leave us unable to play for weeks or months. Then an enforced rest from the music and instrument may be necessary, though one can still continue with work away from the keyboard as described above.

When I recommend taking a break from the music to students, they usually exclaim that they will “forget everything” when they return to the music. In general, this is not the case. Music which has been thoroughly and thoughtfully practised and is well learnt remains in the brain and fingers and can be brought back to a good standard very quickly. Returning to a work after a rest can be a wonderful experience, like reacquainting oneself with an old friend, while also making new friendships.

A work can never truly be considered ‘finished’ and thus resting and returning to the same work many times becomes an ongoing study. Often a satisfying performance of a work to which one has devoted many hours of study can be said to put the work ‘to bed’, but only for the time being. Rest the work and return to it, and suddenly new things come to light, informed by our reading, listening, life experience, and so forth. American pianist Bruce Brubaker, in his sensitive and thoughtful blog Piano Morphosis, describes this as a process of “continuing”. Thus, one performance informs another, and all one’s practising and playing is connected in one continuous stream of music-making.