Composers Inspiration
Music for the Royal Babies
by Georg Predota May 22nd, 2019

Fans of the Royal Family were once again over the moon in May 2019. Enthusiasts around the world celebrated the birth of the newest Royal Baby named Archie Harrison Mountbatten-Windsor. The son of Prince Harry and Meghan, the Duke and Duchess of Sussex, the child is seventh in line of succession to the British throne. And while Archie may grow up as a private citizen, television cameras will undoubtedly follow his every word and step. In addition to blanket press coverage, the birth of a Royal Baby has frequently been celebrated with music. That is, music especially composed to celebrate the birth or birthdays of royal additions. We’ll have to wait what’s in musical store for Archie Harrison, but a more recent musical celebration fell upon Prince George, son of the Duke and Duchess of Cambridge. The Welsh composer Paul Mealor already had written music for the Royal Wedding of Kate Middleton and Prince William. Composing a lullaby for Prince George was a natural next musical step. 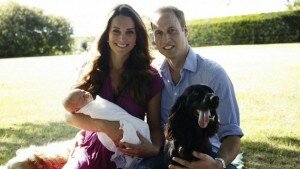 Prince George has been the recipient of a substantial number of compositions in his honor, but the process of musically celebrating the arrival of a new Royal Baby is not a recent invention. Edward Elgar was the titled “Master of the King’s Musick” in 1930, and he was searching for suitable music to mark the birth of Princess Margaret Rose, then fourth in line to the throne. Drawing on musical sketches from his childhood, the Nursery Suite for orchestra is cast in seven movements and a coda. This delightful set of children’s pieces was one of the first works for orchestra to receive its premiere in a recording studio rather than a concert hall. It is dedicated to the Duchess of York—the future Queen Mother; Princess Elisabeth—the future Queen Elisabeth II, and Princess Margaret Rose. 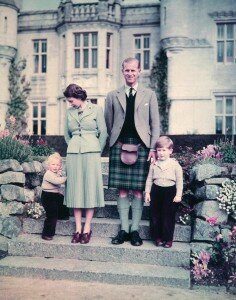 Charles, Prince of Wales was born on 14 November 1948. As the eldest child of Queen Elizabeth II, he is the heir apparent to the British throne. We certainly know him as the philandering husband of Diana Spencer, and the father of Prince William and Prince Harry. The birth of Charles as the heir to the throne was cause for celebrations, and thus the BBC offered commissions for the requisite festivities. The musical commission fell on Michael Tippett, who had long been a champion of the traditions of English music as conductor of madrigal ensembles and as the editor of music by Henry Purcell. Tippett’s score turned out to be exactly what the public wanted. Accessible to a broad range of listeners it pays homage to the older traditions of English music, particularly in quoting hymn tunes and folk songs.

Tippett: Suite in D Major, “Suite for the Birthday of Prince Charles”
George Frideric Handel spent his formative years in Hamburg and in Italy, but by 1712 he happily settled in England. One of his earliest English compositions is the secular cantata “Eternal source of light divine.” Setting words by the English poet and politician Ambrose Philips, it celebrated the Treaty of Utrecht that ended the War of the Spanish Succession. However, it also celebrated the birthday of Queen Anne on 6 February 1713. Although the poetry asks for good health for the last of the Stuart monarchs, the initial performance of the Ode for the Birthday of Queen Anne had to be canceled because the Queen fell sick. In the event, Handel nevertheless managed to impress the Queen, as she granted him an annual pension later the same year. Handel was never in the mood to waste good music, so he recycled some sections of the “Birthday Ode” 19 years later for his oratorio Esther.