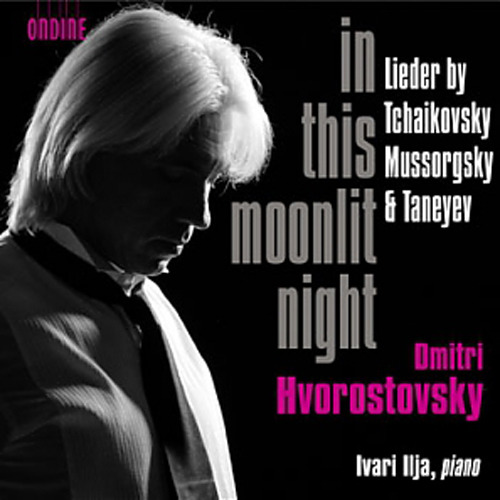 Sergei Taneyev: Not the wind from on high

From In this moonlit night – Lieder by Tchaikovsky, Mussorgsky & Taneyev (2013)

Sergei Taneyev: Not the wind from on high

This second release of star baritone Dmitri Hvorostovsky for Ondine features Russian Lieder by Tchaikovsky, Mussorgsky and Taneyev. Tchaikovsky composed his song collection Six Songs, Op. 73, in 1893, the year of his death, and they are full of musical nostalgia. Being in a frenzy of creativity after his opera Boris Godunov had been completed and premièred, Mussorgsky wrote his Songs and Dances of Death 1875-1877. Full of emotional excitement are Taneyev’s songs, especially Anxiously beats the heart from the Ten Romances, Op. 17.