The Light From Heaven 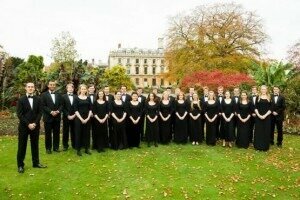 ‘Tis the season for new choral music recordings for Christmas, and, newly arrived is Lux de caelo, The Light From Heaven, from the Choir of Clare College Cambridge, directed by Graham Ross.

What’s wonderful about this album is not only its length, with 20 tracks, but also its choice of music. There are traditional works such as “In dulci jubilo” in two versions by Bach and Praetorius and Rutter’s “Nativity Carol,” and we also have works by composers that you’ve probably never looked for on a Christmas album such as Webern and Schoenberg.

Bach: In dulci jubilo, BWV 368
Praetorius: In dulci jubilo
The recording opens with Britten’s “A Boy Was Born,” but not the entire set of variations, just the lovely first theme. Then, we’re swept away with Mathias’ “A Babe Was Born,” with its light and swinging rhythms. And so we go through the album: a little bit of Mendelssohn’s “Frohlocket ihr Völker auf Erden” followed by Vaughan Williams. We have tours around England and Germany, with a brief stop in Spain for “Riú, riú chíu” and France for “Quelle est cette odeur agréable?” In its holiday survey, the Choir of Clare College has created a truly wonderful collection. 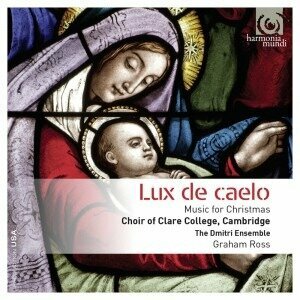 The Choir of Clare College, Cambridge, has a long and distinguished career from its founding in 1866 as a male-only choir to its current iteration, started in 1971, as a mixed-voice choir. The choir benefits from its long-standing relationship with its best-known director, John Rutter, and its current composer in residence, Giles Swayne, both of whose music appears on this recording.

A real treat on the album is Webern’s “Dormi Jesu,” the second of his 5 Canons on Latin Texts, op. 13. With typical Webern conciseness (the piece is barely longer than a minute), the work for soprano, clarinet and bass clarinet takes us to a different, starker Christmas than the florid works from earlier centuries have shown us.

Webern: 5 Canons on Latin Texts, Op. 16: No. 2. Dormi Jesu
Celebrate the season with a most interesting Christmas album.