Mr. Boecker explained that Bonn is planning a full year of festivities centered on and around Beethoven starting in December 2019. With support on the national and federal level, Bonn is inviting visitors to rediscover Beethoven anew. After 250 years of Beethoven performances, reception and scholarship, it is commonly believed that we already know everything about the man and his music. But clearly, according to Mr. Boecker, that’s not the case. Although Beethoven composed more than 400 works, we tend to hear the same symphonies, sonatas and quartets in concerts and recordings. As such, the Beethoven activities scheduled in Bonn 2020 are intended to widen the scope. 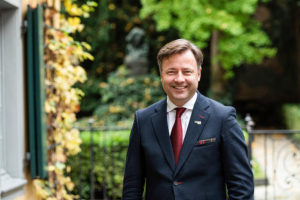 And the Beethoven-Haus in Bonn is an important research facility that makes new discoveries every year. Recently, an unknown letter from 1793 has surfaced in which Beethoven references the ideals of the French Revolution and questions the human rights situation in Russia. Beethoven was politically engaged and progressively minded, and such new discoveries make his music stronger and topically even more relevant.

We then asked Mr. Boecker what visitors to Bonn during the festivities associated with “BTHVN2020” would be able to experience? 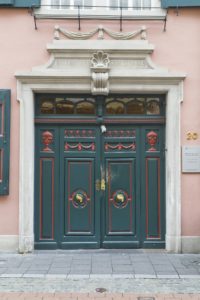 Entrance to the Beethoven-Haus
© Michael Sondermann

Naturally, a large focus will be placed on Beethoven’s time in Bonn, he explained, since Beethoven spent one third of his life in his hometown. Important places with relevance to Beethoven still exist, and included the Beethoven-Haus and the “Schloss,” now home to the University, where Beethoven first met with Joseph Haydn. The Beethoven-Haus has a huge collection of objects relating to Beethoven’s time in Bonn, and it has just re-launched a state of the art permanent exhibition. Bonn has scheduled activities year round, including concerts, exhibitions and special events like open-air programs and theatre productions. “BTHVN2020” is jam-packed with multifaceted activities that speak to anybody with interest in Beethoven. Among the special projects, we also find an ambitious environmental collaboration with UN Climate Secretariat entitled the “Pastoral Project.” It originates with Beethoven’s “Pastoral Symphony,” a work that probes and expresses the feelings of humanity in nature. The question for the project was, “how can we activate artists of our time to express the relationship between humanity and nature?” And on 5 June 2020—world environment day—“BTHVN2020” will showcase a variety of contemporary works of art inspired by Beethoven’s Pastoral Symphony. 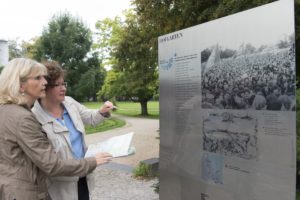 Tourists on the ‘Path of Democracy’ © Barbara Frommann

Since Beethoven has meant different things to different cultures over the centuries, Interlude wanted to know about Beethoven’s relevance for a new generation, and the 21st century.

For Mr. Boecker, Beethoven is the embodiment of human creativity who was able to overcome almost insurmountable obstacles. Similar to our times, he lived and worked through a paradigm shift in society. And although he could not foresee the finished result, he nevertheless understood that he had the power to help shape that future society. People today can take him as a model, and if we want to see a better and more positive society, human creativity is an important enabling instrument. In addition, Beethoven was a radical artist who thought in new and unique ways. His music “is a reflection of life in a larger sense, and it conveys a highly positive attitude and affirmation of life.” Beethoven lost his hearing, but instead of becoming frustrated and pessimistic, he wrote music with lots of positive energy. “Beethoven is a cultural resource of immense importance, particularly in these times of growing nationalism and with personal freedoms constantly being eroded. Beethoven inspires a culture of peace that is needed today more than ever.”

With over 300 Beethoven projects in Germany and celebrations worldwide, there is always the danger of having too much Beethoven in 2020. However, Bonn and the “BTHVN2020” Festival are determined to respect the distinction between deeper reflection and commercial interest by “reaching out to as many people as possible.” They hope to provide a window of exploration that serves as an inspiration for generations old and new.