Blog
‘Sleep Practicing’ and Practicing Away From the Instrument
by Frances Wilson November 17th, 2019 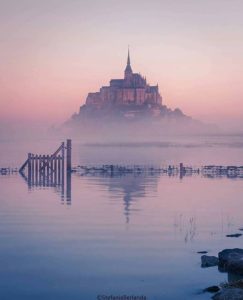 Do you ever think you might be practicing in your sleep? Yesterday I went to practice Debussy‘s prelude La cathédrale engloutie, which I’m preparing for a performance later in the year. The second section, when the waves start to roll and the sunken cathedral begins to emerge from the deep, its bells tolling and organ playing distantly, has previously been problematic for me, in part because of the position of the right hand chords and the necessity for the right arm to cross the body to the bass. I find this difficult because of a left shoulder impingement which is painful and limits my movement. In previous practice sessions this section has tended to sound chunky and lacking in fluidity, but yesterday the chords, with their flowing bass accompaniment, rose gracefully from the piano, growing in drama as the section approaches its climax and the full resonance of the cathedral’s organ is heard through those big, deliciously hand-filling chords. I was also able to play without pain, which is quite an achievement for me these days. I later tweeted that perhaps I had been “practicing in my sleep” and that this had led to the improvement in the Debussy!

It’s not such a fanciful idea, “sleep practicing”. We can do a huge amount of useful, productive practicing away from the instrument, both detailed work studying the score, analysing the music and memory work, but also seeing the wider picture of the music, its narrative, character and context. Listening is also useful practicing – not to imitate other people’s versions of our repertoire, but to get ideas and pique the imagination to create our own personal vision for the music.

I may not practice in my sleep per se, but as someone who tends not to sleep very well, I often replay the music I’m working on in my head in the middle of the night, hearing the sound in my “mind’s ear” and imagining the music as it would be heard by a listener. When I was working on Schubert‘s penultimate piano sonata for my final Diploma I was, through this kind of practising away from the piano, able to create a vivid, perfect interior model of the sonata, and could replay huge parts of it in my head, such was my familiarity with it.

Returning to Debussy’s drowned cathedral, I wonder if the improvement also had something to do with the fact that I’d been away in France for a long weekend break. On our return journey from Nantes to Cherbourg, I glimpsed le Mont St Michel emerging from a mist of rain and immediately thought of Debussy’s Cathédrale engloutie. Later, lying in my bunk on the overnight ferry crossing, I felt the boat pitch and roll and heard the strange deep bass groan and yawn of the sea (which Debussy imaginatively includes in his prelude). Perhaps the sounds and motion of the ocean later infused my practicing…

Who knows, but I do believe that imagination and visualisation play a huge part in shaping our music, far beyond mere technical assuredness (and technique should always serve the music). Cues such as the view of Mont St Michel spark the imagination, help us bring our music to life, and communicate stories and images to the audience with expression, vibrancy and musical colour.