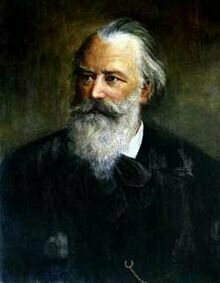 On 7 May 1896, Johannes Brahms celebrated his 63rd birthday. His friends had organized a little party, and Brahms announced, “I gave this to myself as a gift today. Yes, to myself! If you read the text, you shall grasp why.” And when he took a bundle of manuscript pages containing the “Four Serious Songs” from his desk he said, “I wouldn’t think publication of these would be allowed.” 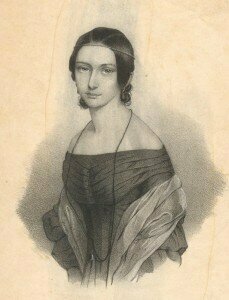 But the very next day he wrote a letter to his publisher announcing the songs. “I wanted to give you a little joy,” he writes, “as I did for myself today, in that I wrote a few little songs for myself. I’m thinking about publishing them—and about dedicating them to Max Klinger! So you see, that actually they’re not just for fun—in fact, the opposite. They are seriously disturbing, and therefore so godless that the police could prohibit them—if they weren’t all taken from the Bible.” But just a couple of days later, Brahms was shaken to his core when newspapers around the world carried the following headline, “The German pianist and composer, Clara Schumann , suffered a stroke and died in Frankfurt on 20 May 1896, aged 76.” 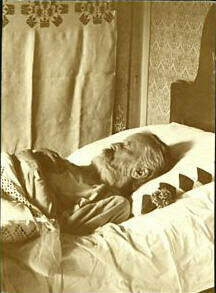 Brahms felt that the “Four Serious Songs” had been a premonition of things to come, but he wanted to make sure that everybody understood that they had not been composed as a result of Clara’s death. He writes to the daughter of Clara Schumann in July 1896, “When a volume of ‘serious songs’ reaches you, don’t misunderstand my intent. When you get it, apart from the dear old custom of writing your name on it right away, look at the songs completely in earnest. I wrote them in the first week of May; similar words often occupy me. I didn’t intend to have to wait for worse news about your mother—but often, something speaks and incites, almost unconscious to us, deep inside men, which sometimes might well resound as poem or music. You won’t be able to play through these songs, while the words are still gripping you. But I implore you to regard them, really, as your own sacrifice for the death and memory of your beloved mother, and to put them away.” Although they had been performed in private on several occasions, baritone Anton Sistermans and pianist Coenraad V. Bos gave the first public performance in Vienna on 9 November 1896. Brahms was in the audience and came backstage to thank the artists for the performance, “which perfectly realized my intentions.” The “Four Serious Songs” were the last songs composed by Brahms, and he died less than a year later, on 3 April 1897.