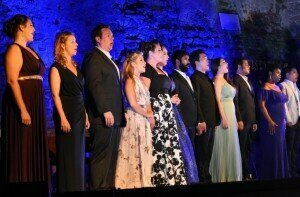 I had just completed my final set of opera scenes for the academic year at the Royal Academy of Music and was absolutely looking forward to visiting Italy for a good long month to be a part of the incredible Georg Solti Accademia course. I got to know about this two years ago and since then I have always wanted to be a part of it. Finally, this year, after auditioning I got accepted. My goal was to learn more about my voice, how to use it to the best of my abilities and to absorb and understand the style of good old Bel canto. 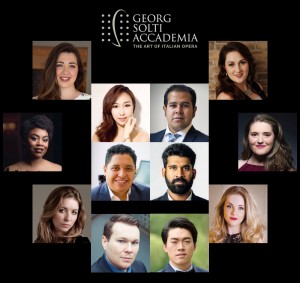 On 26th June morning I was on my flight to Pisa. Having been in Italy two years ago I love the sound of the Italian language, the spirit of the Italian people and I couldn’t wait to get there and live a slice of the Italian life and culture.

Finally after a long day of travel and unforeseen delays I made it to the little village on the Tuscan Coast by the Mediterranean called Castiglione della Pescaia in Grosseto. 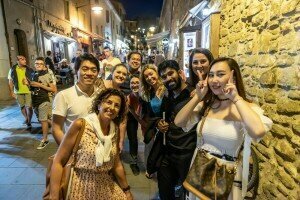 It all started with a welcome reception at Hotel L’Approdo which was going to be our residence for the duration of course. I met all my batch mates, the teaching and the management staff along with Lady Solti who is the force behind the formation of this course. Lady Solti spoke to all of us introducing the course and pointing out the importance of making the most of this time and immersing ourselves in the beautiful Italian music, the language and the Italian way of life for the coming three weeks.

Without any delay, the masterclasses began the very next day and we all found ourselves passing through days meticulously planned by Jonathon Swinard (Assistant Director) who made sure that we kept amply busy as we had a new Guest Artist coming in every week. These were supported by regular language coaching under Stefano Baldasseroni and Isabella Radcliffe and Vocal coaching by the Jonathan Papp (Artistic Director). 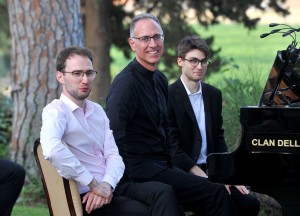 On our first day every participant was expected to sing a folksong preferably in their mother tongue. Unfortunately, I didn’t know any in Tamil hence I thought about my options and finally decided to sing Rabindranath Tagore’s Ekla Cholo Re. We had our first set of masterclasses under Maestro Alessandro Corbelli where we all had the opportunity to sing and be coached by him for two days.

This was followed by an evening concert that happened once every week, where we were expected to sing an aria or song that wasn’t Bel Canto or Italian, just so that we had a chance to break the general trend and sing something different. 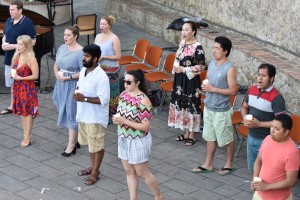 One of the best moments in the course for me has to be when Barbara Frittoli, after a full day of masterclass, started to speak about the importance of believing in the character that we are performing and the words that we are singing. Using the voice like a paint brush to give the character life and colour and enjoy being the character without worrying too much about the voice. 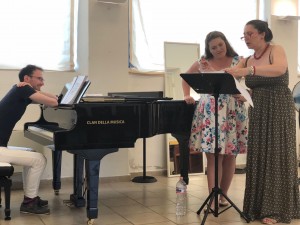 As a singer I have gained inspiration from the incredible Dmitri Hvorostovsky. I knew that Barbara Frittoli had worked with him in many productions. Hence, I took a moment to ask her what she thought of him as a singer, what was it like to perform alongside him and what was it about his voice that set him apart.

She then kindly shared her fond memories of the late singer who was a close friend of hers. She told me that, he sang straight out of his heart and that his voice was a gift from God. Those words felt to me like food for soul and inspired me all the more.

Time was passing quickly and we were already in the middle of our third week. Our third Guest Artist was the incredible conductor Sir Richard Bonynge. Maestro Bonynge always spoke of the importance of singing ‘dolce’ and trusting the voice that it will be heard and ensuring that we aren’t pushing the voice and rather singing beautifully. 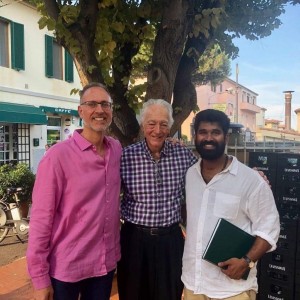 By this time, we also began our final concert staging and rehearsal which was led by our stage director Frederico Grazzini.

This was the culmination concert held at the incredible location – Piazza Solti, which is perched atop the medieval city of Castiglione della Pescaia looking out to the beautiful Mediterranean Sea. 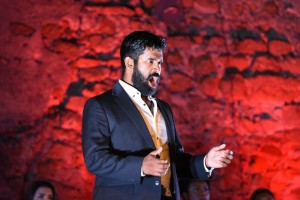 All the participants performed our respective pieces and I had the opportunity to sing Ford’s Monologue – ‘É Sogno o Realtá?’ From Verdi’s Falstaff. The evening culminated with the whole team singing the Easter Hymn from Mascagni’s Cavalier Rusticana.

The next day was another important concert at the beautiful hotel L’Andana. This concert was for all the supporters and friends of the Solti Accademia. What made this special for me was the fact that my teacher, Dr. Robert Alderson and his mother, came all the way from the UK to watch me perform.

I felt really glad to have made it to this course and completing it successfully with a final concert in front of my teacher who made it all possible for me at the first place. 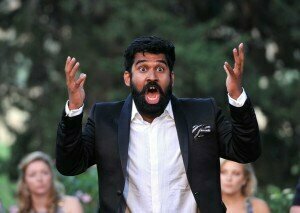 The time that I spent on this course is definitely one of most important one in the 4 years that I have spent being a music student. Three weeks hence I do believe that I am taking back a great deal of information about interpretation, use of the Italian language, the culture, understanding about my voice and how to use it in the best manner possible.