Artists Behind the scenes
Behind the Curtain
The Great Piano Scam
by Georg Predota August 5th, 2017 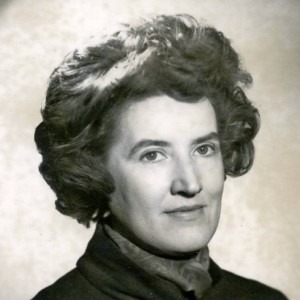 She was described in the most glorious terms as “the greatest living pianist that almost no one has ever heard of.” Joyce Hatto came to prominence a couple of years before her death, with her real talent only discovered when she was in her seventies. She never performed in public, but left a legacy of more than 100 masterfully performed recordings that included the complete sonatas of Beethoven, Mozart and Prokofiev, concertos by Rachmaninoff, Tchaikovsky, Brahms and Mendelssohn, and most of Chopin‘s compositions, along with rarer works such as the complete Godowsky Studies on Chopin’s Études. “Concert Artist Recording,” a label run by Hatto’s husband William Barrington-Coupe who had a long history in the record industry, released her recordings.

Joyce Hatto had enjoyed moderate success as a professional pianist at the beginning of her career, and towards the end of her life was crippled by ovarian cancer. After she was first diagnosed with cancer, she withdrew from the concert stage and apparently devoted her last six years to record an impressive range of highly challenging piano masterworks. The recordings dazzled distinguished critics, classical music reviewers and well-known professional pianists. Hatto slowly gained a cultish audience of music aficionados who, inspired by her biography, were enchanted “by her elegance and technical virtuosity.” And when Hatto passed away in 2006, The Independent called her “a national treasure,” and The Guardian rated her “among the greatest pianists Britain has ever produced.”

What a remarkable story indeed, except that it turns out to be remarkable for all the wrong reasons! Imagine the tsunami that hit the music industry in 2007 when it was discovered that none of the recordings attributed to Hatto were actually performed by her! As it turns out, hubby Barrington-Coupe had sampled recordings of other pianists and digitally stretched and compressed the notes in order to disguise their true origins. He then issued the re-mastered patchwork under his wife’s name. Barrington-Coupe insisted, “All he did was insert section of other musician’s performances to smooth out pianistic problems brought on by Hatto’s debilitating illness. While all CDs bearing Hatto’s name include at least some of her work, he really can’t say if her performances make up the majority of all the recordings. The editor of Gramophone magazine declared that there “had never been a scandal quite like it,” and it was suggested that Hatto was part of the ruse. Barrington-Coupe denied any wrongdoing and suggested, “I don’t consider I’ve hurt anybody.” Pretty contentious stuff, so I best let you decide if this turns out to be a final labor of love or one of the most extraordinary cases of piracy in the recording industry?