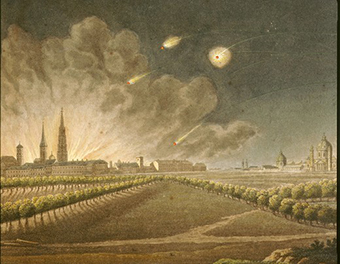 In 1809, the French army under Napoleon once again set their sights on the city of Vienna. On short notice, the imperial family fled the city, but it was decided that Vienna should nevertheless be defended. French howitzers bombarded the city throughout the night of 11 May, and Beethoven is said to “have taken refuge in a basement and covered his head with pillows.” Since Beethoven was living at that time on the 2nd floor of an apartment located at 1087 Walfischgasse, the basement in question belonged to his brother Caspar Carl. Vienna surrendered on 12 May and this second occupation would last for two months. Beethoven returned to his lodging, but it turned out to be a miserable summer for him. Almost all his friends had fled the city, and communication with the outside world was greatly restricted. And that included Archduke Rudolph, Emperor Franz’s youngest brother. 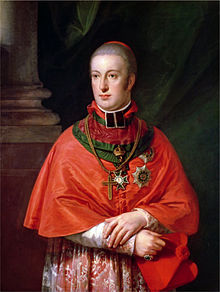 Archduke Rudolph was the most devoted of Beethoven’s patrons, who at the age of 16 selected Beethoven to be his piano teacher. He would subsequently become Beethoven’s only student in composition. Beethoven was highly irritated at the court protocol surrounding the royal archduke, but he nevertheless showed an almost childlike devotion. And as we all know, he dedicated several of his greatest works to him. His absence from Vienna in 1809 is touchingly expressed in the “Les adieux” Sonata Op. 81a. The three movements depict his sorrowful farewell (Das Lebewohl) on Rudolph’s departure from Vienna on 4 May 1809, his sadness at Rudolph’s absence (Abwesenheit), and his rejoicing at seeing him again (Wiedersehn) on his return on 30 January 1810. Beethoven was adamant that these subtitles and dates be inserted in the published composition. And unsurprisingly, the sonata—probably completed in anticipation of Rudolph’s return in 1809—was dedicated to him.