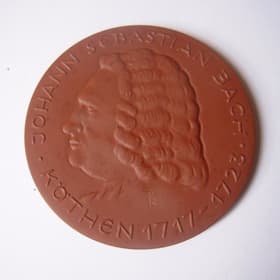 Of course, Bach didn’t know about Corona. But he certainly knew about hardship, depression, disease and death. In fact, Bach and his family endured extended periods of tragedy and loss. Bach had twenty children by two wives, but ten children died in early childhood, one son died of unknown causes as a young adult, and one son was mentally disabled and required constant care. In the Bach household, the joy of birth was all too often followed by the deep sorrow of death. Bach was appointed Cantor at St. Thomas in 1723, and almost immediately started to quarrel with his employers. For one, the church hierarchy and elders didn’t like his complicated music at all. As part of his contract, he had use of a newly renovated apartment, but since the building dated from 1553, it was in deplorable condition. His job as a teacher at the school of St. Thomas was a veritable nightmare. Rolling infections and deadly illnesses plagued students and staff, and when 1725 was thankfully coming to an end, Bach might seriously have wished to escape the Leipzig mayhem. However, Bach had a serious and god-fearing sense of duty, and on 30 December 1725 he first performed the Cantata BWV 28, “Gottlob, nun geht das Jahr zu Ende” (Praise be to God, this year is coming to an end). 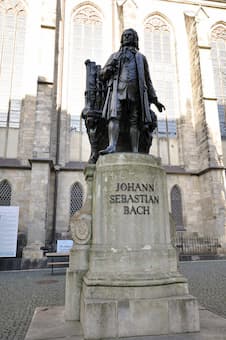 The cantata opens with a virtuosic and melismatic soprano aria, commanding the listener to praise God. There isn’t a shred of sadness or depression in the oboe ritornello, and in the text and his music Bach reminds the listener to give thanks for all the blessings of the year past. Full of optimism and hope, the soprano commands us to “strike up a joyous song of thanks,” and to look forward to the blessing that will be granted to us in the New Year. The following chorale expands this command from the individual to the collective as the choir sings, “Now praise, my soul, the Lord.” Here, Bach references an archaic motet form with the cantus firmus sung in long notes. In this Eliot Gardiner performance, the voices are doubled by a quartet of cornetto and trombones, and the music described as “a buried treasure of subtleties, in which one senses some immense cosmic struggle being played out. “ 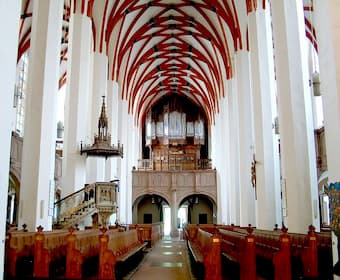 The bass recitative and arioso take up a motive from the chorus, “I will rejoice over them to do them good.” Accompanied by sustained strings, the tenor recitative regales in the kindness, light and mercy of God. “Who loves him in faith, honors him in childlike love and turns away from the path of evil.” This rather stern theological message is followed by a joyous and dancing duet aria. Initiated by a two-part ritornello, the vocal lines essentially sing an Italian chamber duet. Although the voices start in strict musical imitation, they do come together for a concluding cadence to clearly annunciate the message, “God has blessed us in the past year…may he also grant us a happy New Year.”
Johann Sebastian Bach: Cantata BWV 28 – Recitative: So spricht der Herr (Peter Harvey, bass; English Baroque Soloists; John Eliot Gardiner, cond.) 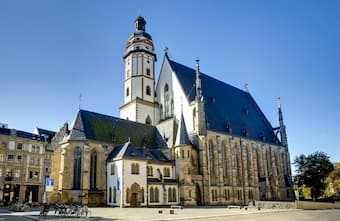 Despite all hardships, Bach did have good reason to be optimistic. His marriage to Anna Magdalena was essentially a happy one, and Christian Gottlieb Bach—his 10th child—was born on 14 April 1725. At that time he could not have foreseen that his son would tragically die only three years later of unknown causes. Bach concludes his New Year Cantata BWV 28 “Praise God, this year is coming to an end” with a four-part chorale. His setting becomes a “prayer for protection and sustenance in the year to come.” Whether 1726 or 2021, that is indeed a beautiful and hopeful sentiment to keep in mind. Happy New Year!