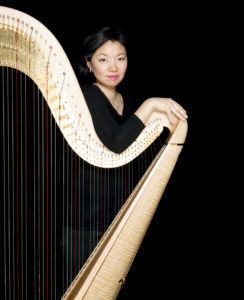 Harpist Jessica Zhou left her studies at the Beijing Conservatory at age 13 and came to the US. At Beijing, she’d been at boarding school at the Conservatory so her introduction to American Society via a public school in California was a difficult period. Then, not finding a satisfactory teacher for their child in San Diego, her parents sent her to Interlochen Arts Academy and she was back with her own kind – intense children with an interest in the arts of all kinds: music, theatre, dance, etc. But, Interlochen is in the middle of the Mid-West and it wasn’t until she arrived at The Juilliard School that she really felt like she’d come home. Music making in a big city was where she started. In a sense, Beijing and New York are closer than it might appear!

We spoke about repertoire, looking at six works from the current season, starting with a work that was written for the orchestra. Bartók’s Concerto for Orchestra. Ms. Zhou said the first movement of this work had been part of her original audition for the BSO, and it was a particular favourite. 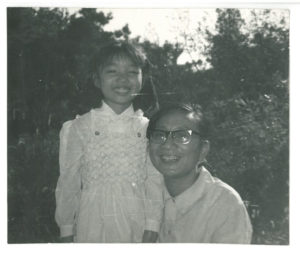 Another work, Suite No. 2 from Ravel’s Daphnis et Chloe, brought out memories of a performance not of Suite No. 2, but of Suite No. 1, which had been done with the Tanglewood Chorus. She viewed both Suites as “audience pieces,” i.e., works that were familiar and well-liked. Suite No. 2 has been another BSO audition piece. For her as a harpist, it was another work that confirmed her in the role of the French in promoting the harp, as it was the French composers who really were the first to feature the harp so prominently in their works.

When asked what she would pick as the ideal harp audition piece, she said the Bartók wasn’t a bad choice, but she rather favoured Bartók’s Violin Concerto, with its harp opening and its prominent use of the harp throughout. 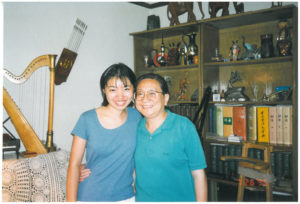 Another work from the current season that is rarely heard is Samuel Barber’s Medea’s Meditation and Dance of Vengeance. Derived from Barber’s 1947 ballet Medea, the mythic tragedy of the work unfolds, contrasting the mythical Medea and Jason with contemporary figures.

With Joan Holland at Interlochen Arts Academy in 1995

When we discussed 2020 as the Beethoven Year, celebrating 250 years since his birth, Ms. Zhou said it was all a bit sad because Beethoven rarely wrote for harp. There’s no harp in any of the symphonies, and through Beethoven’s work, it’s only in The Creatures of Prometheus that she has a part. 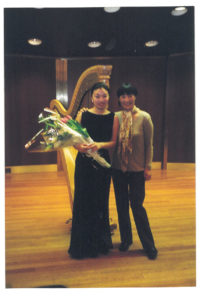 Returning to her education, Ms. Zhou said that one of the most valuable things she learned from her teacher at Juilliard came from the times when she could play with her teacher, Nancy Allen, the principal harpist for the New York Philharmonic, as the second harp in a real performance. Taking music making out of the practice room and putting it on stage is the point of all that practice and she was always grateful for that glimpse of the ‘real world.’ Ms. Zhou carries that practice on with her own students, bringing them on as second harp players when possible.

We talked about feeder programs for orchestras. Many European orchestras have associated performing arts academies where the students and the orchestral players can meet on stage. Few American orchestras have this – the Curtis Institute used to be the feeder for the Philadelphia Orchestra, for example, but the advent of blind auditions and the pressure from international players has changed much of that dynamic for all orchestras.

In her spare time, Ms. Zhou doesn’t have any spare time since she has two small children. Eight students and the BSO take up the rest of her time. We talked about ‘maintaining your calluses,’ i.e., the daily practicing necessary to keep your fingers toughened up. Even doing the dishes puts them in peril!