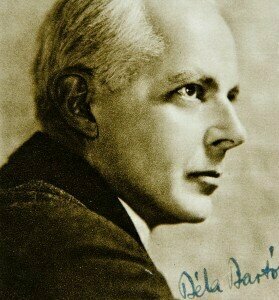 Béla Bartók (1881-1945) spent the last five years of his life in the United States. Economic hardship, cultural dislocation, and very little artistic acknowledgement and satisfaction plunged the composer into a state of bitter depression. This depression was compounded by rather severe medical problems. For some time he had complained of fever attacks and pulmonary symptoms. Eventually, doctors diagnosed Bartók’s disease as an “atypical myeloid leukemia,” but kept this diagnosis from the patient and instead called the disease a “polycythemia.” Bartók stopped composing altogether for a couple of years and busied himself with ethno-musicological studies instead. Eventually, he received a number of commissions and while his cancer was in remission, he dusted off a flurry of new works. Among them was the Concerto for Orchestra, one of his best-known, and most accessible works. 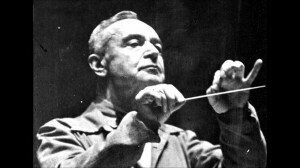 The Koussevitzky Music Foundation commissioned the Concerto for Orchestra in 1943. That foundation had been established by the distinguished conductor in honor of his second wife Natalie, who had passed away in 1942. The somewhat contradictory title of the work was explained by Bartók, who stated, “since each section of instruments is treated in a soloistic and virtuosic way, I called it a concerto rather than a symphony.” For Bartók the work makes a gradual transition from the “severity of the first movement to the song of death in the third, and a reassertion of life in the finale.” Bartók inscribed the score “15 August—8 October 1943.” As expected Serge Koussevitzky conducted the Boston Symphony Orchestra in the premiere performance on 1 December 1944 in Symphony Hall in Boston. Although the work became an immediate success, Bartók revised the composition in February 1945, primarily extending the final movement. Both versions were published, and both are still performed today.