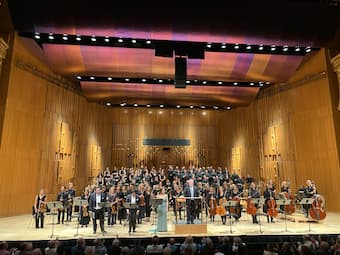 Music lovers often wonder how a 19th century audience would experience an opera during its absolute first performance, without the benefit of extensive written plot summaries, YouTube videos and CDs to prepare for the music, or Wikipedia guides to pinpoint the highlights. In an era when the opera house was virtually the only performance channel, the quality of a performance needed to be top notch in terms of music, casting and diction. Opera Rara, the London-based record label specializing in recording and performing forgotten masterpieces, pulled off a tremendous coup with Saverio Mercadante’s Il Proscritto (The Outlaw) on 28 June 2022.

The opera has not been performed since its premiere at the Teatro San Carlo in Naples in 1842. It is to the enormous credit of Carlo Rizzi, Artistic Director of Opera Rara, for having unearthed and dusted off the original score in the conservatoires of Naples, and brought it back to life at the Barbican in London. 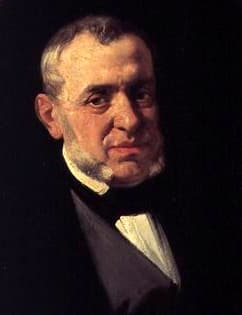 Saverio Mercadante (1795-1870), a tragically underrated composer mostly associated with the bel canto period, was often overshadowed by Rossini, Bellini and Donizetti. Few of his operas, even those that were successful at the time, have remained popular to this day, and none are part of the modern repertory. Though the Southern Italian composer had some moments of wild success, it was only when he emerged from the Rossinian style and subsumed the influence of the French composers, especially Meyerbeer, that he wrote the masterpieces that deserve our attention today.

Il Proscritto certainly presents itself as a far larger work than traditional bel canto fare, with French grande opera sized orchestra and chorus, an offstage band, and a structure that is nearly fully through-composed and without any recitatives. The sheer ambition of Opera Rara’s project is crystallized even further when the casting is considered. Mercadante cast two mezzos and two tenors as the protagonists. He required the heft of romantic-era singers but wouldn’t compromise on his demands for bel canto style vocal agility. 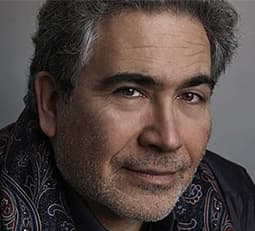 Opera Rara and Rizzi pulled off this Herculean balance with admirable skill and panache. The Britten Sinfonia felt electrically alive as they attacked the score with verve, playing off the Opera Rara Chorus in the over-the-top opening wedding scene. Rizzi nearly bounced off the podium with energy as he whipped up the tempi, fleshed out the musical dynamics, and then slowed down to relish the many lyrical and romantic passages in the score.

The plot – reliably confusing, barely credible and dramatically weak – is set in Scotland during the Cromwellian period, and is focused on divided loyalties of royalists and Cromwellians, personified by the two husbands of Malvina Douglas.

Elizabeth DeShong shimmered in the trouser role of Odoardo Douglas, the royalist brother of Malvina. The American mezzo, whose voice can plumb the darkest contralto depths, turned the extensive second act aria “Ah! Del giorno sanguinoso” into a bravura pièce de résistance. She stunningly tackled the complicated chromatic scales and coloraturas, and confidently rode out the enormous range demands of an aria that was reminiscent of the most cruelly demanding Rossini scores.

She dispatched that aria after earlier facing off vocally with Irene Roberts in the first act duet “Il mar fremente.” The American mezzo delivered an elegant, mildly distant Malvina Douglas, the heroine who both the tenors are in love with. 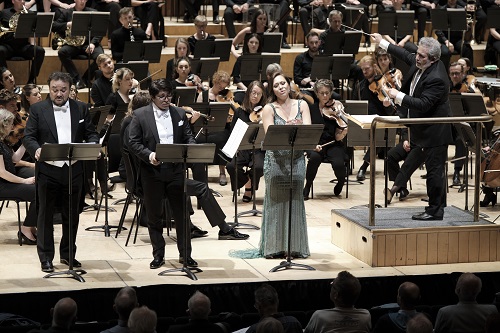 The double tenor casting was a delicate act in itself. The 29-year-old Peruvian Iván Ayón-Rivas demonstrated great vocal agility but still packed a powerful punch in the middle range as Arturo Murray, the coveted Malvina’s second husband. A voice worth watching.

Noted Mexican tenor Ramón Vargas was, at 62 years, a somewhat unexpected choice for the role of Giorgio Argyll, Malvina’s first husband who was lost at sea and declared dead. Vargas’ voice has assumed greater heft than ideal for a bel canto tenor, but this very casting demonstrated how much Mercadante’s music had evolved into more romantic territory. Vargas delivered luscious lyrical passages and in spite of some fatigue, he boasted extraordinary diction, practically making the supertitles superfluous.

The smaller roles were all superbly cast, notably Goderdzi Janelidze and Alessandro Fischer.

Opera Rara deserves enormous praise for having the vision and taking the risk of producing, recording and – for one night only – performing Il Proscritto. If the enthusiastic standing ovation of the nearly sold-out auditorium is anything to go by, the recording (release date autumn 2022) could help completely reposition Mercadante in today’s repertory. Perhaps it was worth waiting 180 years for this.