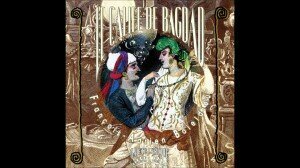 Maurice Ravel wrote two works with Shéhérazade, the heroine and narrator of The Arabian Nights as the title. One of his earliest surviving orchestral pieces, the “Ouverture de Shéhérazade” makes use of a Persian melody, but it was not well received. The piece was described as “a jolting debut; a clumsy plagiarism of the Russian School.” The reviewer also called Ravel a “mediocrely gifted debutant … who will perhaps become something if not someone in about ten years, if he works hard.” 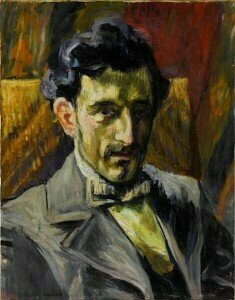 Clearly, Ravel did eventually achieve greatness, but his “Shéhérazade Ouverture” remained unpublished during his lifetime and first appeared in print only in 1975. Ravel returned to the same title in 1903 for a cycle of three songs for mezzo-soprano and orchestra, based on the exotic texts of the French poet Tristan Klingsor. Klingsor had recently published a collection of free-verse poems under the title Shéhérazade that took its bearing from the symphonic suite published by Rimsky-Korsakov. Ravel was fire and flame, and immediately asked Klingsor to make some minor adjustments to three poems. The musical result moves, according to a critic, “from rich voluptuousness and gentle lyricism to languid sensuousness.” 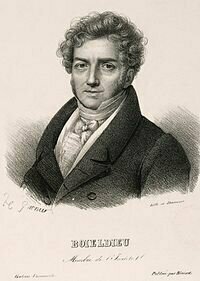 Carl Maria von Weber wrote, “To the greatest masters of art, it is to draw the elements of their works from the very spirit of nations, to assemble them, to melt them, and to impose them on the rest of the world. In the small number of these, Boïeldieu is almost entitled to claim the first rank among the composers currently living in France. What sets it above all its emulators is its flowing and well-conducted melody, the plan of the separate pieces and the general plan, the excellent and neat instrumentation, all the qualities which designate a master and give right of life eternal and classical to his work in the realm of art.” High praise indeed, and von Weber might have had Boïeldieu’s comic opera Le calife de Bagdad (The Caliph of Baghdad) in mind. Taking advantage of the vogue for operas on Oriental subjects, it was Boïeldieu’s first major triumph. Based on a tale from 1001 Nights, the Caliph of Baghdad roams the streets of the city in disguise. He rescues Zétulbé who falls in love with him, but her parents are unimpressed. Further intrigues and complications are eventually resolved, and the couple manages to marry in the end. 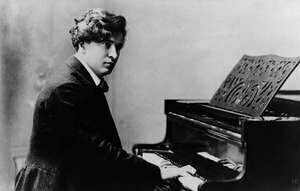 In our last episode we already met Adam Oehlenschläger‘s verse drama “Aladdin,” and the incidental music by Carl Nielsen that accompanied the play. When Ferruccio Busoni read Oehlenschläger’s drama he immediately made plans to set it to music. He writes to his wife in 1902, “I have thought it out and decided not to use Oehlenschläger’s Aladdin for an opera, but to write a composition in which drama and music, dancing and magic are combined. It is my old idea of a play with music where it is necessary, without hampering the dialogue. As a spectacle and as a deep symbolic work it might be something similar to the Magic Flute; at the same time it would have a better meaning and an indestructible subject.” Busoni never completed his Aladdin adaptation, but he did compose music for the final chorus in the magic cave. And that chorus made its way into his C-major Piano Concerto, one of the largest works ever written in this genre. In the concluding movement, the chorus recites words in praise of Allah, and it is directed to be invisible. Its function, according to Busoni was “to add a new register to the sonorities which precede it.” 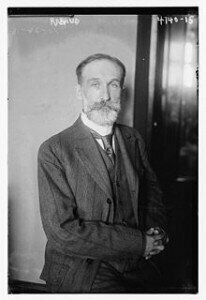 A contemporary of Arnold Schoenberg and Maurice Ravel, Henri Rabaud (1873-1949) happily told everybody who wanted to listen that, “modernism is the enemy.” A student of Massenet at the Paris Conservatoire, and later its director, Rabaud wrote a total of eight operas. His most successful, Mârouf, Savetier du Caire (Mârouf, Cobbler of Cairo) premiered in 1914 in Paris and quickly became a worldwide hit. Based on a tale from the Arabian Nights, the title character Mârouf is a veritable anti-hero. He isn’t ambitious, clever, or brave but rather trusts his luck. Escaping his overwhelming spouse, he takes to the high seas but is beaten and robbed far from home. With the help of a childhood friend he pretends to be a rich merchant, and convincing the Sultan that his treasure caravan is on its way, he is offered the hand of princess Saamcheddine. Mârouf eventually has to tell his new bride that he is in fact a con man and just a poor cobbler, but the princess has already fallen in love with him. And when a genie materializes the imagined treasure caravan, all conflicts are resolved.