Composers Inspiration
Scheherazade for all Ages and Tastes
by Georg Predota January 6th, 2019 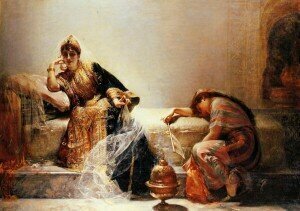 The emergence of the new media of television, cinema and radio in the 20th century brought Scheherazade into the mainstream of popular culture. Hollywood went into overdrive, and The Adventures of Prince Achmed of 1926, is the oldest surviving feature-length animated film. The cartoon character “Popeye the Sailor” navigates through a number of oriental tales, and Hollywood’s first feature film on the subject was released in 1942. Titled “Arabian Nights” it was only loosely based on the 1,001 Nights narrative, but it quickly spawned a number of follow-up features by rival studios. 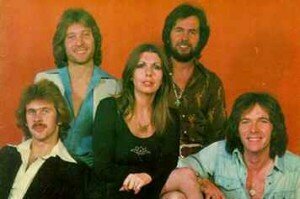 And you might still remember the animated 1992 “Aladdin,” produced by the Walt Disney Company, as well as the “The Voyages of Sinbad” of 2003, featuring the voices of Brad Pitt and Catherine Zeta-Jones. And let’s not forget various television adaptations produced and aired in the United States, Turkey and Japan.

Predictably, a substantial number of musicals and operettas have been based on specific tales, or on the general atmosphere of the book. However, Scheherazade also crossed over into the world of orchestral rock. The British progressive rock band “Renaissance” released their sixth studio album entitled “Scheherazade and Other Stories” in 1975. Considered by some to be their best album, the music it is not based on Rimsky-Korsakov’s Scheherazade, but it nevertheless uses an independent recurring six-note motif to musically unify the single track “Song of Scheherazade.” 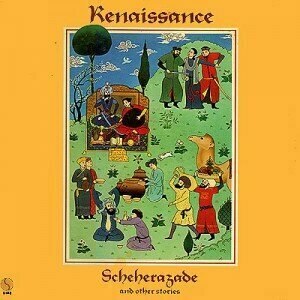 Album cover of “Scheherazade and Other Stories”

For one reason or another, popular music based on varying aspects of the Scheherazade character has proliferated in the 21st century. And that includes an enormous diversification of musical styles. We find “Scheherazade” music performed by a Nordic experimental indie pop group, by a psychedelic trance band, a Japanese pop duo, and a Finnish symphonic metal band. Not to be outdone, the Australian metalcore band “Ebony Horse” took on the subject, as did a Mexican female music group called “Flans.” We can also count the steampunk band “Abney Park,” the Santa Clara Vanguard, the American alternative country band “Freakwater” and the Chillwave artist Bei Ru amongst recent interpreters. Scheherazade, it seems, will continue to inspire well into the future.