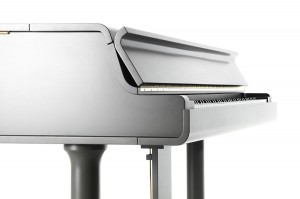 For over twenty years, Silvano Zanta worked in the laboratories of major piano manufacturers such as Steinway & Sons, Yamaha and Bösendorfer. In 1979 he decided to become independent and founded ZANTA Pianoforti. His small company specialized in the restoration of pianos, believing that “every piano has its own story, its own personality, and its own characters.” In a small laboratory in Venice, Zanta dedicated himself to using original piano parts and traditional processing techniques. Over time ZANTA established a large following, and he restores and maintains instruments for a substantial number of music conservatories and performing venues. 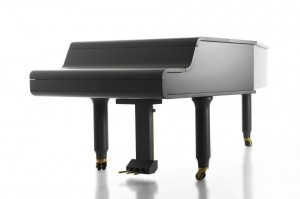 But the restoration and preservation of pianos was not enough for Silvano. “For over 50 years, I have been searching for the “Soul of Sound,” he explained. Supported by his sons Andrea and Roberto, Silvano was ready to build a piano bearing his name. As such, this family operation collaborated with the designer Enzo Berti to create a new and innovative instrument, revolutionizing both the shape and sound. Berti approaches design in a holistic way, in which objects become part of the living and breathing environment. He looks at objects with the eyes of a sculptor, and prefers to work with timeless materials like wood, marble and stone. The design of the ZB200 gradually ripened from a series of colored sketches that subsequently became technical drawings. The final result was a shape that revealed attention to the practical implications and the history of the instrument, and the formal overlay of keyboard and cover has been described as a “continuous rug.” This organic and homogeneous concept visually provides a harmonic sense of continuity. 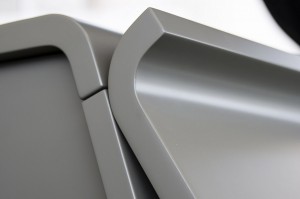 Innovations in design have been carefully mirrored by engineering solutions regarding the production of sound. For one, the soundboard—made from spruce originating in the Trento region of Italy—foregoes the traditional inward curving, allowing the piano to speak with a highly amplified natural sound. To accommodate the larger surface area of the soundboard, the internal cast iron frame has been modified to accommodate the new shape, with its structure redesigned to ensure the necessary mechanical strength. While the frame is composed of a single casting, the main structure of the ZB200 is derived from a single block of wood. As such, the skeleton of the instrument does not interrupt the cast iron conductor. For obvious reasons, the keyboard has also been modified to accommodate even the most demanding performances. Produced in quartz gray, cobalt blue, black and white, both in gloss and matte versions, it goes without saying that the piano is entirely hand-built!

In 2015, the ZB200 was entered into the “Red Dot Award: Design Concept.” Traditionally, Red Dot Awards have been identifying and celebrating new design concepts and innovations since 1950, and they receive nearly 20,000 applications every year. In the end it was announced that the “ZB200 piano, designed by Enzo Berti for ZANTA Pianoforti, has been awarded with honourable mention at the Red Dot Design Award 2015 for its design concept.” ZANTA Pianoforti currently has three showrooms, located in Padua, Verona and Vicenza. The instrument has been played by classical greats ranging from Sokolov to Trifonov and Yuja Wang, but it has also found resonance with jazz specialists such as Brad Mehldau and Patti Smith.