The youngest winner of the Van Cliburn International Piano Competition ever, South Korean pianist Yunchan Lim, at the mere age of 18, has rocketed to worldwide prominence after his impressive performance in the competition. His performance of Rachmaninoff Piano Concerto No. 3 alone has garnered more than 8 million views at the time of writing. With his debut in Hong Kong (featuring works by Brahms, Mendelssohn and Liszt), he surely has proven to the audience that his victory was well-deserved, with substantially freer and more personal playing this evening. 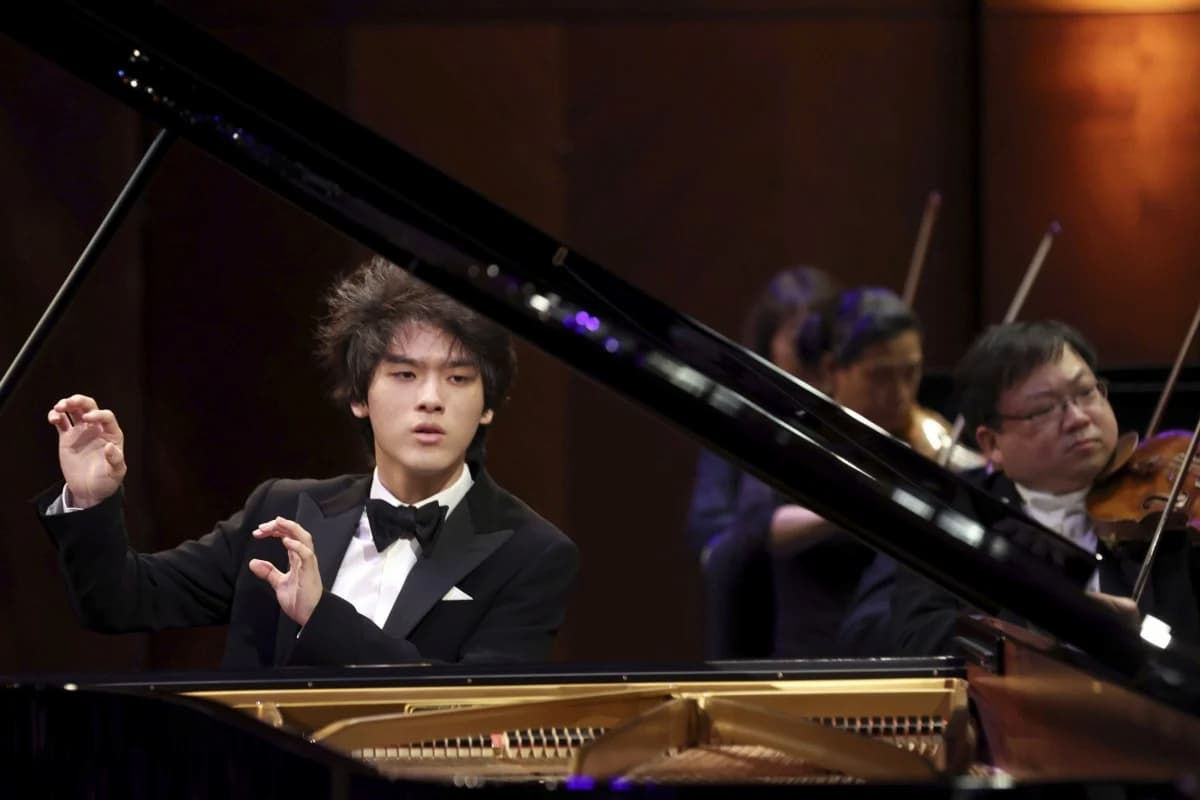 Lim commenced the recital with Brahms’ Four Ballades, Op. 10, which were composed in 1854 when his affection for Clara Schumann was deepening. The Ballades were given a dramatic narrative throughout under Lim’s hands, traversing an expansive emotional landscape. Inspired by the Scottish poem Edward by Johann Gottfried Herder, the first Ballade in D minor at times achieved a monologue-like intensity with the text clearly in Lim’s mind, exuding potent despair and struggle, although his forte was occasionally harsh in its tone. The second Ballade in D major enjoyed an effective shift in tonal palette, in keeping with the warmth conveyed by the first section, while the contrasting anguish and ethereal beauty in the third Ballade in B minor were duly captured. His reading of the final Ballade in B major, particularly in the middle section marked “col intimissimo sentiment, ma senza troppo marcare la melodia” (with the most intimate sentiment, but without marking the melody too much), conjured up an inexplicable amalgamation of tenderness, suspense and frustration, with a tinge of poignancy.

His personality was more conspicuous in Mendelssohn’s Fantasy in F-sharp minor, Op. 28 with quite some personal touches. The scintillating passagework was sensitively crafted with colouristic dynamic gradations. While his dexterity was unfailingly remarkable, the exceedingly fast tempo in the third movement (despite the tempo marking Presto) somehow compromised the nuances and rendered the piece almost Lisztian. One might be at odds with his rather aggressive approach, sometimes at risk of over-dramatising the music, where more classicism in the overarching conception of the work would have been appreciated.

The second half of the programme was all-Liszt, from the two impressionistic Legends to the masterpiece Dante Sonata, in which he showcased extraordinary musical imagination and volcanic passion, backed up by the apparently unlimited technical resources that were always at his disposal.

In the two Legends, the tonal possibilities of the piano were further explored to paint the musical imagery, with some immaculate layering of texture, colours and dynamics. Making use of call and response and ornithological imitations, the first piece, St. François d’Assise: La prédication aux oiseaux, tells the tale of St. Francis of Assisi giving a sermon to the birds he encountered during travelling. The work was executed with flair and a stunningly crystalline tone, while the recitatives were characterised by natural, speech-like inflections. The second Legend, St. François de Paule marchant sur les flots, is inspired by the miracle of St. Francis of Paola walking over tumultuous waves. The left hand was scrupulously shaped with sudden surges and plunges, imitating the turbulent waves. The turmoil eventually gave way to the magisterially triumphant section, where Lim brought the work to an exalted height of religious expression with such majesty, grandeur and serenity.

The final work, which was also the highlight of the evening in my opinion, was Liszt’s Après une lecture du Dante: Fantasia quasi Sonata from the second Book of Années de pèlerinage. There was astoundingly vivid imagery of both the demonic forces and angelic spirits (in the splendorous middle section), grounded on unfettered musical imagination and insights. Lim was often willing to take risks, whilst his unfathomable pianism seemed to know no boundaries. He prescribed modifications to the score here and there, which only further heightened the sense of drama. His passion was infectious, and the fearless intensity kept the listeners at the edge of their seats – but it was more than just youthful impetuosity – instead, it was bolstered by a strong will and unique persona.

With the rapturous applause from the audience, Lim offered Saint-Saëns/Godowsky Le Cygne (The Swan), Chopin Nocturne in E-flat major, Op. 9 No. 2, and finally Bach/Kempff Siciliano from Flute Sonata No. 2, BWV 1031 as encores. Le Cygne possessed sensitivity in its touch and delicacy in its phrasing, the Nocturne was meditative with added ornaments in good taste as pleasant surprises, and the Siciliano brought the recital to a contemplative conclusion.

After his resounding success in the Van Cliburn Competition, he said “I made up my mind that I will live my life only for the sake of music, and I decided that I will give up everything for music.” With such artistic mastery, pianistic horsepower, devotion, and reverence for music, Yunchan Lim will sweep through the classical music world.