Composer, conductor, and professor person, Jennifer Jolley believes her music can and should address current and provocative subject matter such as political issues. Consider the 2017 piece The Eyes of the World Are Upon You. The titles of her works indicate what this composer is about. Jolley lives in Texas. The piece bubbled up for her as a direct result of the 50th anniversary of the University of Texas tower shooting and the new campus carry laws allowing those with concealed handgun licenses to carry concealed handguns on public university campuses across the state of Texas. 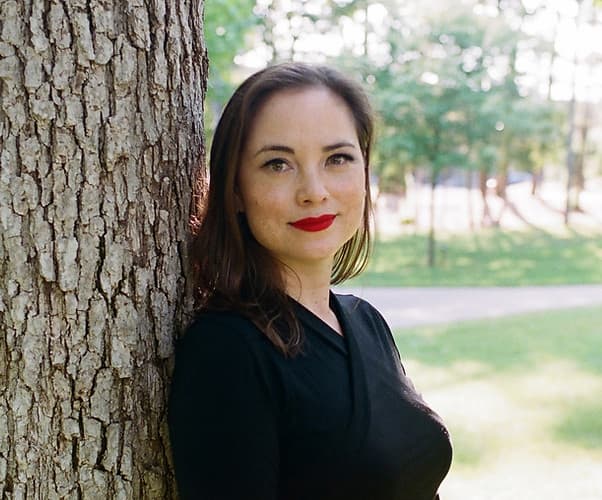 The Eyes of the World Are Upon You is written for massive forces—huge numbers of brass and winds, and multiple percussion instruments. A mournful English horn opens the piece. Gradually Jolley increases the layers of sound by adding more wind instruments. The brass gradually contributes to the volume. An abrupt cut-off clears the air for the chimes to toll alone, arrhythmically, but the entire band interrupts fortissimo destroying the vigil with dissonance. The calm returns. At the end of the piece, the conductor stops to allow the lone English horn to plaintively finish leaving us to ponder the sorrowful message.

Jennifer Jolley: The Eyes of the World are Upon You (University of Texas Wind Ensemble)


In 2018 Jolley wrote Prisoner of Conscience, a collaboration with librettist Kendall A. It comprises fourteen movements for vocal ensemble. The inscription “a crude homage to three heroes unjustly incarcerated, fighting a corrupt system…” powerfully evokes the detention of innocents. This is a highly unusual and unique work. The piece, for female voices only, a cappella, is spellbinding.

Prisoner of Conscience addresses Vladimir Putin directly in a series of searing indictments especially in the spoken movements such as Pussy Riot’s Performance. Each movement utilizes different techniques. The first segment, The Eve of Destruction sets the stage in a snappy rhythm with the lyrics, “Biting an apple, over and over again…”. With rich harmonies and an arresting message, the movement becomes a round. Then This Trial is Highly Typical, an intense denunciation, spoken by one of the performers, precedes a beautiful and religiously charged movement in the style of a Gregorian chant. I recommend a parental advisory for some of the next movements that include profanities. Oh Bondage, Up Yours!


In Death to Prison, Freedom to Protest, one of the vocalists reiterates a pulsing propulsive accompaniment “Sh-Sh-Sh”. A spoken voice enters alongside the vocal harmonies, and a lone soprano sings a gorgeous melody over repeated rhythmic hums. One last movement is spoken, “open all the doors… taste freedom with us…” before the finale Prisoner of Conscience a contemplative conclusion that fades out humming. As a performer myself, I know that performing this work—at almost 30 minutes in length and requiring so many diverse techniques—is very challenging. The recording is a highly effective rendition of this mesmerizing composition and I can only imagine how effective it would be in person. 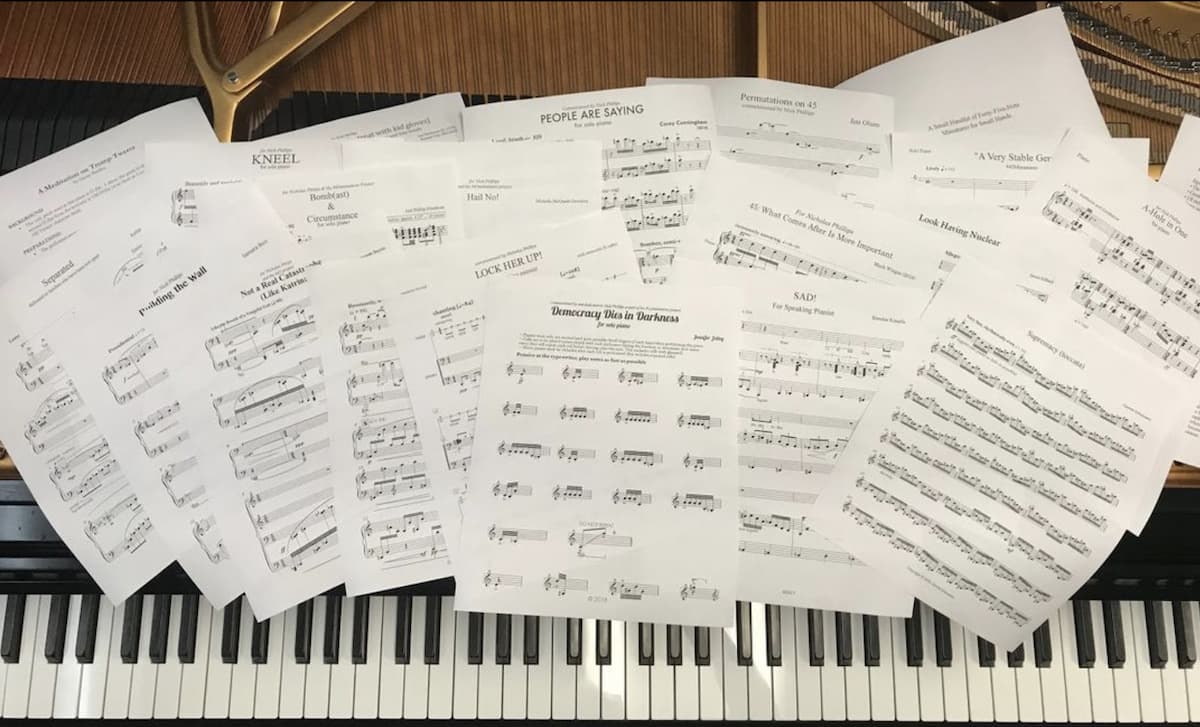 Jolley’s eloquent and riveting music written for concert bands dispels every notion of what we typically might imagine band music to be.

March! was commissioned by the American Bandmasters Association. Imagine all the marches written to galvanize citizens during war. Jolley has used this form to illustrate ongoing political conflicts between North and South Korea. It has all the features of a typical march—a stirring rhythm, cymbals crashing, snare drum smashing, and brash brass wailing. The Sousa-like opening gradually decompensates. There are several abrupt stops, and suddenly an eerie audio announcement interrupts. The effect, combined with high pitched electronic dissonances, makes our stomachs churn. A melodic chorale follows, lovely human voices gently undulating. But that too is brutally interrupted and drowned out by the insistent snare drums. March! raises questions in an enthralling fashion.

Lest you think Jolley has concentrated her efforts on concert band works, her catalogue also comprises several chamber music works and solo piano pieces such as Democracy Dies in Darkness partly inspired by The Post, a film dramatizing Katharine Graham and Ben Bradlee’s release of the Pentagon Papers in the Washington Post.

In the mix of Jolley’s works is a fabulous solo cello piece entitled Compulsive Bloom brilliantly played by cellist Matt Haimovitz. Much of it consists of vehement octaves, played ponticello or on the bridge so the sound has a harsh edge to it. Alternating sections of high whistling sounds in harmonics give it contrast. It’s a fine addition to the solo cello literature.


Jolley is currently an assistant professor of music theory and composition at CUNY Lehman College, has been a composition faculty member at Interlochen Arts Camp since 2015, and she held positions at Texas Tech University and Ohio Wesleyan University. She has written a blog full of thought-provoking ideas and is a contributing writer to the new music news site I CARE IF YOU LISTEN powered by the American Composers Forum.

Jennifer Jolley is not afraid to provoke, to address political issues, to experiment, and she is the composer to watch.