In the last article, I introduced some moon-related music of the 20th century. In this article, I will introduce some moon-theme music written in the 21st century. These pieces span a variety of styles, instrumentation, and writing techniques. Written by composers from around the world, this music portrays different feelings and colors inspired by the moon.

Hiroki Takahashi is a Japanese composer. He has written many award-winning pieces for brass ensembles. This brass octet, The Moon Traveler, was commissioned by Tokai University Takanawadi Senior High School Wind Orchestra and Tokyo Ryusei Symphonic Band in 2010. 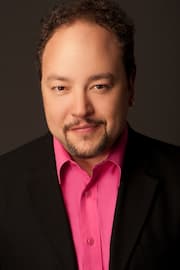 Named Composer of The Year in 2011 by the Classical Recording Foundation at Carnegie’s Weill Hall, Robert Paterson is a composer, conductor, and percussionist. His music has been recognized widely, and it has been on the Grammy ballots for six seasons. His compositions cover a wide range of genres. Moon Trio was commissioned by the Claremont Trio and Rick Teller, and it was premiered in 2015. It has four movements, and each movement is inspired by different atmospheres and feelings associated with the moon. I particularly like the contrast between the middle two movements. Lunatic Asylum, the second movement, is very rhythmic and exciting, while the third movement, Blue Moon, is dreamy and relaxing.

Chan Hing-yan: Ethereal Is The Moon (2016) for erhu and orchestra 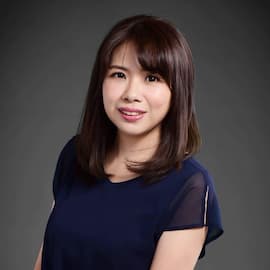 Composed by female Taiwanese composer Liang Wan-Yuan, this concerto for euphonium and wind ensemble was selected as the set piece for Taiwan Tuba Euphonium Competition in 2018. Once in a Blue Moon consists of four sections, and it is a romantic piece describing two lovers who watched the moon under the moonlight. 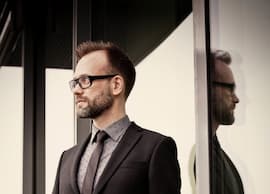 Ink Dark Moon is a guitar concerto commissioned by BBC Radio 3 and the Borusan Istanbul Philharmonic Orchestra. It was written for the acclaimed guitarist Miloš Karadaglić. The three-movement work, the title Ink Dark Moon is adapted from a collection of Japanese love poetry. The music is inspired by Balkan dance themes, and the three movements feature the fusion between gentle, minimalist harmonies and driving and vivid rhythms.

A composer of many popular film and television productions, Einaudi’s compositional style is mixed with ambient, minimalistic, and often meditative sounds. This selected piece is included in his project named Seven Days Walking. A seven-part project, seven volumes of music are released individually over seven months in 2019. Einaudi has titled three pieces Full Moon, and they are collected on Day 3, Day 4, Day 5 of the project. 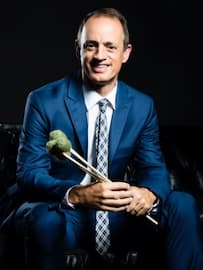 Mark Ford is a renowned marimba artist and a leading percussion educator. He currently serves as coordinator of percussion at the University of North Texas College of Music in Denton, Ford’s two well-known marimba method books are widely used by conservatories and schools of music. His compositions for solo marimba and percussion ensemble are also famous and performed throughout the world.

Moon Chasers is a marimba solo dedicated to Ford’s wife, Ewelina. The music illustrates a love story between two separated people, and they can connect by the moon. The work was premiered in Lima, Peru, in 2004. 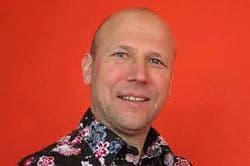 German percussionist and composer Echkhard Kopetzki serves as a percussion and music theory teacher at the Vocational School of Music in Sulzbach-Rosenberg. He has written nearly 200 works, primarily for percussion, but he incorporates non-percussion instruments in some chamber works. His pieces, Three Movements for a Solo Dancer and Canned Heat won the Percussive Arts Society Composition Contest in 2003 and 2004, respectively.

Night of Moon Dances was commissioned for the International Marimba Competition of Belgium (2004) as required repertoire for the final round of the competition. Dedicated to Belgian marimbist Ludwig Albert, this two-movement work is written for solo marimba with percussion quartet accompaniment. 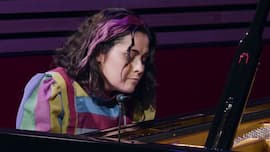 Keyna Wilkins is a multifaceted Australian/British musician who was one of the three finalists in the Australian APRA/AMCOS Art Music Awards for Individual Excellence (2018). Classically trained composer, flutist, and pianist, Wilkins performs widely either as a soloist or in a chamber ensemble. She founded Yulugi, an indigenous-jazz fusion duo, with didgeridoo player Gumaroy Newman. Chasing Stars is the last work in Yulugi’s album Chasing Stars To The Mother Tree based on the Gamilaroi star-lore myth. 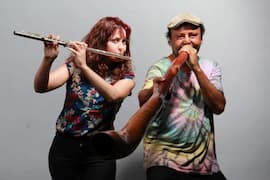 Wilkins’ composition has been commissioned and performed all over the world. Her composition includes a wide range of genres, from solo works to works for experimental live theatre. Full Moon was written originally for solo clarinet. She portrays the mysterious atmosphere under the moon through dreamy impressionistic and improvisatory writings. 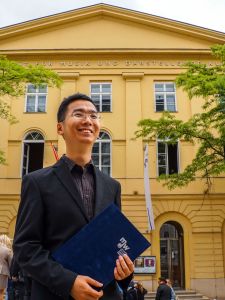 Singaporean composer Wang Chenwei currently serves as the composer-in-residence of the Singapore Chinese Orchestra. He is also the Head of Research and Education at the Teng Company and a faculty member at the Nanyang Technological University. His composition includes works for Chinese and Western instruments.

The Mid-Autumn Festival was commissioned by the Singapore National Piano and Violin Competition as the set piece for the piano senior category 2019. The melody of this work is based on Full Moon on the Fifteenth, a well-known Chinese folksong. Through imitation of the sound of Chinese plucked string instruments with impressionistic writings inspired by Debussy and Ravel, Wang creates the elegant and longing atmospheres with the work.

As you can see, the moon is source of enduring inspirations for composers throughout the centuries. So many artists and people carrying out their different lives under the same moon. The variety of expression ranges from melancholy to joy. What music do you hear when you look up at the moon?