Perhaps you too have seen several articles of late about “Saving the Symphony Orchestra”. The demise of classical music has been a viewpoint touted for decades, but it seems to be a worthy conversation today. Audiences are dwindling, music education is sparse, and cuts to funding arts organizations and education are increasing. The fact is, few orchestras have made meaningful changes in their repertoire, or mode of presentation. 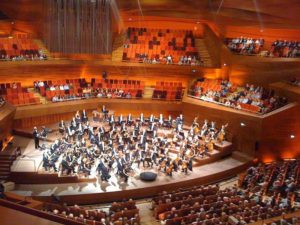 Symphony programs are still mostly strict in structure with an opening overture, or short piece, followed by a concerto, and symphony. Times, lengths, and days of the week have remained fairly constant too. I think the symphonic albatross does have to move forward with the times. Changes don’t have to be radical to be effective, appeal to a new generation of listeners, and not alarm traditionalists.

Several orchestras have begun to present film scores while the movie is projected behind the musicians. Equally popular have been programs of video game music. But I think we can be more inventive with our presentations than that. Here are some ideas.

Bring the Music to the People:
The Minnesota Orchestra has been very successful with performances in craft beer/distillery/taproom establishments. They’ve presented not only brass quintets, which would seem a natural, but also string quartets. Pint of Music—five to six free programs each season, are billed as “micro pop-up” surprise concerts for people who may not have attended a classical music performance before. Playing in community centers, schools, and senior living complexes is also fruitful and gratifying.

Offer More Variety of Times and Formats:
Several orchestras offer daytime concerts, which range from children’s or youth concerts to relaxed and sensory friendly concerts—programs designed for adults or young people with special needs. Why not offer both at the same time?

Full symphonic programs, during the day could cater to young parents. Perhaps the parent is home-schooling and has an older child who might be ready for a symphonic program but a younger child who is not. Orchestras could offer a simultaneous performance in the hall for children in a safe, supervised, and secure setting, of a small ensemble of musicians who would play and demonstrate, allowing the children to see, hear, and touch musical instruments. The added benefit is the educational component while the parent is able to enjoy some respite.

Rush-hour or Right-after-work concerts without intermission are other good options, when commutes make it daunting (and expensive if one has small children), to go home and return downtown for an 8:00 pm performance. Food offerings are essential. Many major concert halls in Europe have full-service restaurants, and/or cafes or bars offering lovely delectables. Even when there is no room for a café, there are options. One of our local theaters invites caterers to set up a buffet of quick, delicious food in the lobby. 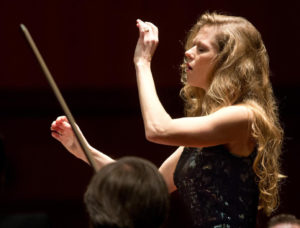 Happy Hour Concerts for Singles: would serve the needs of young adults who prefer not to meet in a bar. The structure could include mingling time before and after the program, with a host to introduce the music as well as facilitate conversation.

Themed programs:
Comprehensive experiences and collaborations enhance not only the concert program but also could feature local artists, chefs, art galleries, and other performers. A program which presents Pictures at an Exhibition by Mussorgsky, could display paintings or photographs by local artists throughout the hall. When programming La Valse by Maurice Ravel, or Strauss Waltzes or The Miller’s Dance from The 3-Cornered Hat by Manuel de Falla the audience could enjoy a dance lesson prior to or after the concert, or a performance by the local ballet school. Music of Hungarian composers— Béla Bartók Concerto for Orchestra, Zoltán Kodály Háry János Suite, Miklós Rósza Concerto for Viola and Orchestra Op. 37—could be preceded by a dinner of Hungarian Bean Soup (Bab leves) Goulash, and Dobos Torte, a decadent chocolaty layered cake with a caramel topping. 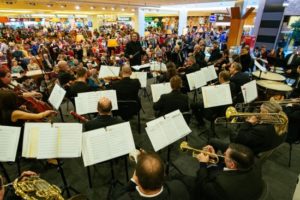 Use the Hall as a Resource Center:

Audiences often say the concert hall is intimidating. Why not dispel this notion by opening the house during the day? Implementing ideas from musical instrument museums, perhaps our lobbies could be set up with digital stations: hands-on displays, music to listen to, individual instruments one can hear and identify, photographs of the history of the orchestra, or books and articles to consult. More frequent open rehearsals would allow audiences to see musicians as real people, and the intense behind-the-scenes preparation. And offer backstage or lobby learning sessions.

Although large screens have been used to zoom in on individual performers, which brings the action closer to the audience, this can be disturbing to musicians and some attendees. Why not install individual screens on the backs of some of the auditorium seats? Those who want to follow the score of the music, or view close-ups of the musicians can do so with minimal disruption to others—like the screens on the backs of airplane seats.

The repertoire for orchestra is vast and wonderful. Although we love our “war horses”, works played time and time again, there are great pieces of music, which deserve to be heard. Managements should enlist the experts—the musicians, who can recommend music that ought to be played and which we’d very much enjoy performing. I spent years lobbying for Bernstein’s Mass to be performed, even if it does require vast resources, and Mysteries of the Macabre by Ligeti before Barbara Hannigan became hot. The viola concerto I mentioned above by Rózsa is a fantastic piece.


Save the Symphony Orchestra? My colleagues and I are certain we can with innovative, inclusive, and imaginative presentations.