In Tune Arts
Yearnings of a King
Poetry of Ludwig I of Bavaria
by Georg Predota January 21st, 2023

Ludwig I, king of Bavaria from 1825 until 1848, was primarily known for his enthusiasm for the arts and women. As a crown prince he collected German and Dutch painting, masterpieces of the Italian renaissance, and contemporary art for his museums and galleries. He greatly admired ancient Greece architecture and erected a substantial number of neoclassical buildings in Munich. Politically, he strongly supported the Greek fight for independence, and his second son Otto was elected king of Greece in 1832. 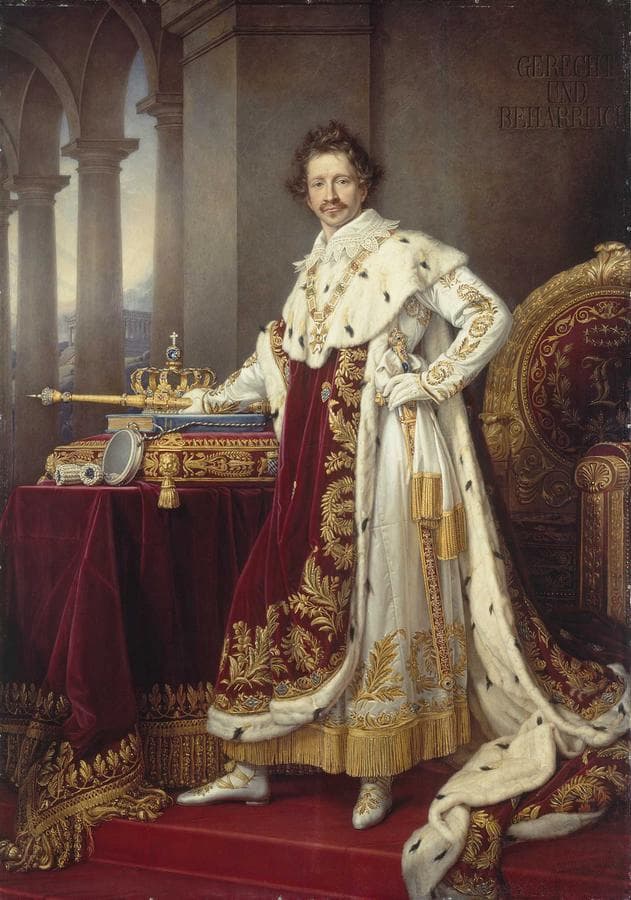 Portrait of Ludwig I of Bavaria by Karl Stieler, 1826

Ludwig I certainly had an eye for beauty, as he commissioned the court painter Joseph Karl Stiler to fashion 36 portraits of the most beautiful Bavarian women. These paintings are still exhibited in the celebrated “Gallery of Beauties,” in the south pavilion of the Nymphenburg Palace in Munich. Among the featured beauties is a certain Lola Montez, actually born Eliza Rosanna Gilbert in Limerick, Ireland. Ludwig I and Franz Liszt had passionate affairs with Lola, who fancied herself a dancer, actress, courtesan, mistress, entertainer, lecturer and even a social reformer. She became mistress to Ludwig I in 1846, and he bought her a big house and made her Countess of Landsfeld. She advised him politically—which eventually led to his forced abdication—and he entertained her with his own poetry.


That’s right, Ludwig I also considered himself an author and poet. For one, he wrote at least three historical plays, but none were actually intended for performance. He penned thousands upon thousands of letters and throughout his life kept a detailed diary. During his study years at University, he fell in love with modern languages, and he translated German “plays into French, French comedies into Spanish, and produced language exercises in Russian, English and Italian. However, the classical languages of antiquity, Latin and Greek, took second place to this industrious and successful study of the modern languages, and he acquired these later on his own initiative and with astonishing perseverance during his time as Crown Prince.” 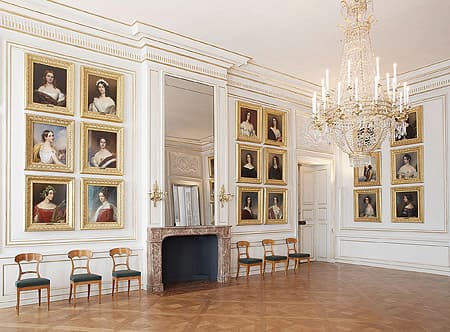 He also practiced music and drawing, and by no means neglected his military training. In terms of poetry, he would write on anything, no matter how trivial, in strings of rhyming couplets. His poems appeared in four volumes between 1829 and 1847, and he even visited Johann Wolfgang von Goethe in Weimar on 28 August 1827. On the occasion of Goethe’s 78th birthday, the king presented Goethe with the Order of Merit of the Bavarian Crown.


My first thought,
My last thought,
Beloved, is you!
When I awaken,
When I fall into slumber,
I think of you.

When I have barely left you,
I yearningly desire
To return to you anew;
I count the hours
With burning longing
To see you again.

My soul is impelled toward
Your happy presence;
I hurry to you.
When I have found you
I am filled with bliss,
In heaven already here on earth!


In the vast majority of his poems, King Ludwig I is guided by subjects connected with his own affections, and individual and social interests. They exhibit a keen sense and vivid description of the beauties of nature and art, which he experienced first-hand on his numerous travels. Predictably, yearning for love becomes an important trope in Ludwig’s poetic repertoire, as does the projection of his self-image.

To Myself, When King

Before thee ever thou must look,
And never turn to what is past;
Or on repose’s quiet brook
But storm and tempest will be cast.

In rend’ring others happy, thou
In future years, must seek thy bliss,
With bliss thou wilt theyself endow,
If thou canst give thy subjects this. 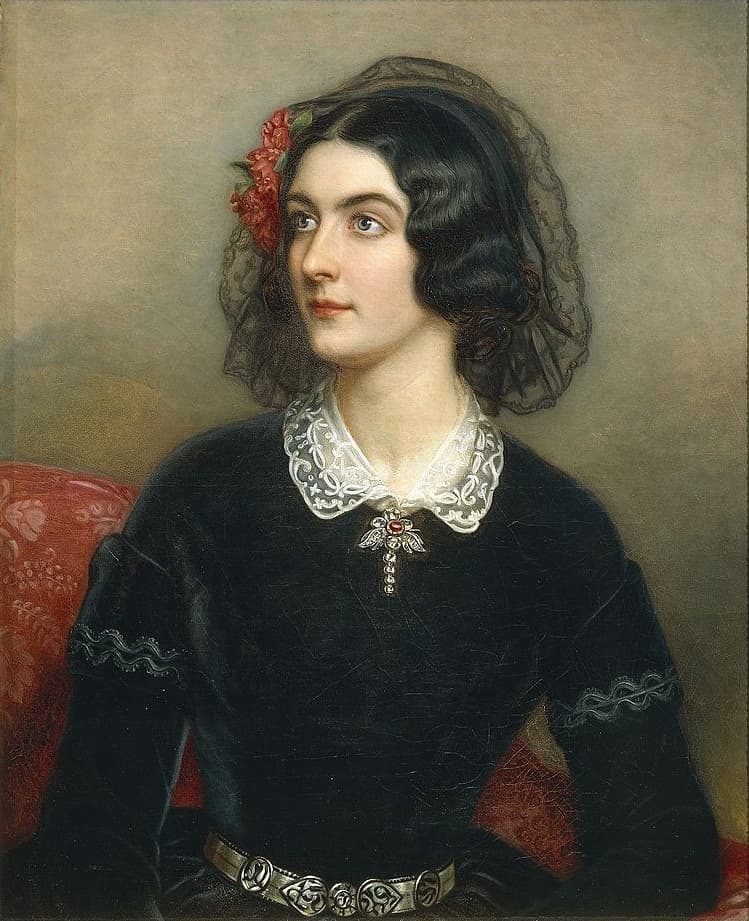 Not everybody was convinced of King Ludwig’s poetic prowess. And that’s certainly true of his contemporary Heinrich Heine, who wrote several mocking poems in the style of King Ludwig:

Hymns of praise to King Ludwig I

This is Mr. Ludwig von Bayerland,
There are no others like him.
The Bavarians revered in him
The ancestral king.

He loves art and the most beautiful women
He has them portrayed;
In this painted seraglio
He walks around like an art eunuch.
……

Mr. Ludwig is a great poet,
And if he sings, Apollo falls
on his knees and pleads:
Please stop, otherwise I’ll go mad!

As soon as the monkeys and kangaroos
convert to Christianity
they will venerate Sankt Ludewig
as their patron saint. 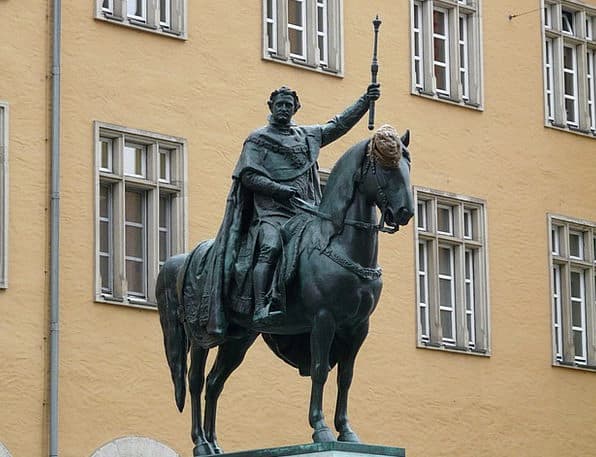 Statue of Ludwig I

Today, we take a much gentler view of Ludwig’s literary achievements, as a critic writes, “posterity will more fully appreciate him as the dictates of the noble and liberal heart of a King who is the enthusiastic guardian and patron of Arts and Sciences, and of all those Bavarians, as well as the artists of other nations, who pre-eminently distinguish themselves by their literary attainments.”