Danish composer and pianist Friedrich Kuhlau (1786 –1832) was one of the key figures of the Danish Golden Age, and his music represented Danish romanticism. Most of his compositions were either for the flute or piano and to this day, Kuhlau is primarily known among flutists and pianists. As a pianist and a piano teacher, I always enjoy playing and teaching his piano sonatinas, especially the Three Sonatinas, Op.20. 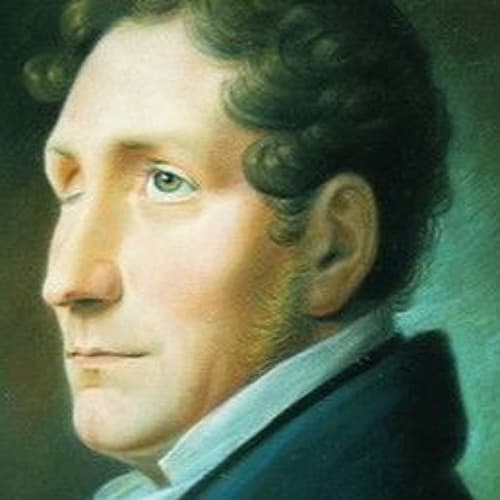 Kuhlau was originally born into a musical family in Germany, and his father, uncle, and grandfather were oboists in the military band. Kuhlau began taking music lessons when he was young. At age 7, he lost his right eye after an accident. It did not affect his musical training, however. In 1802, Kuhlau left home and went to Hamburg to study with C.F.G Schwencke. Two years later, he became a concert pianist and started composing to make a living. One of his earliest works is 3 Rondos, Op.1. Kuhlau wrote this set of three pieces in 1809. It was published a year later in Copenhagen, where Kuhlau resided for the rest of his life.

First Success as a Composer: The Robber’s Castle

In the first few years after moving to Copenhagen, Kuhlau worked as a piano teacher and a composer to make a living. In 1813, he was appointed as the first flutist in the orchestra of the Royal Chapel and the Opera. Although it was not a paid position, Kuhlau was named “Chamber-Musician to the King of Denmark.” His first success came the following year, when his composition, The Robber’s Castle, was performed. This work adapted the name of a famous location in Denmark. Surprisingly, this work is neither written for flute nor piano. In three movements, The Robber’s Castle is a singspiel with a libretto by Adam Oehlenschläger (1779-1850).

The success of The Robber’s Castle won him a high-paying position at the Royal Theater as a singing teacher. It also established him as one of the influential opera composers in Denmark, even though not all his operas were successful. Indeed, the succeeding works failed to follow the success of The Robber’s Castle; they were criticized for lacking drama or being too lengthy. 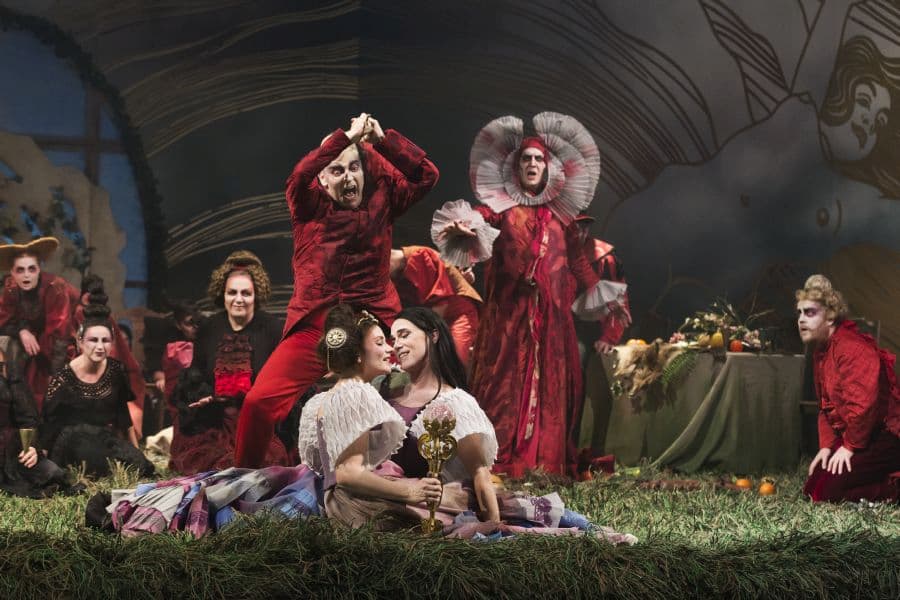 The next highlight of Kuhlau’s career was in 1824, when his opera, Lulu, was performed. The story, inspired by Mozart’s Magic Flute, is based on the story of Wierant’s Lulu or the Magic Flute. Lulu is about a rescue drama of Prince Lulu saving Princess Sidi, who was kidnapped by the evil wizard Dilfeng. Sidi’s mother, Periferihme, is the Queen of the Fairies. Periferihme gives Lulu a magic flute to protect him throughout the rescue journey. The story is very similar to Mozart’s Magic Flute, and perhaps this is the reason Lulu is rarely performed today. However, the charming melodies and orchestration in Lulu definitely attracted my attention.

Speaking of flute, Kuhlau is famous for his flute repertoire. He has been widely recognized as “Beethoven of the Flute.” He had an extensive collection of flute music, including solos, duets, trios, and a flute quartet for flutes, and many of them are the standard repertoire for flute players today.

Friedrich Kuhlau, Capriccio from 12 Variations and Solos for Flute (on historical instrument)

The nickname “Beethoven of the flute” is not only a compliment to Kuhlau’s music. Indeed, Beethoven was an influential figure to Kuhlau. They met in 1821 when Kuhlau took a trip to Vienna, and they are rumored to have become friends and drinking buddies. As a pianist, Kuhlau premiered all five of Beethoven’s piano concertos in Denmark. As a composer, some of Kuhlau’s later works display the Beethovenian style in many ways. For example, in Kuhlau’s Piano Quartet no. 1 in C minor, Op. 32, he adapted the thematic material from the opening movement of the third piano concerto by Beethoven.

The friendship lasted until Beethoven passed away in 1827. However, Beethoven’s influence did not end there. In 1828, a year after Beethoven’s passing, Kuhlau’s opera Elverhøj (Elves’ Hill) received instant success after its premiere. The same year, Kuhlau was awarded an honorary professorship.

In total 5 acts, Elverhøj was a comedy commissioned by Frederik VI for the wedding of his daughter Vilhelmine Marie and Frederik Carl Christian. It premiered five days after the couple’s wedding. The storyline features the Elven king. Some of the Danish and Swedish folk tunes were incorporated into the opera, including “Kong Christian stod ved højen mast,” which later became the Danish royal anthem. The overture and the royal anthem are still famous today. In a Danish film, The Olsen Gang Sees Red (1976), the overture of Elverhøj was adapted and rearranged by Danish composer Bent Fabricius-Bjerre (1924-2020).

Elverhøj is the highest achievement during Kuhlau’s career. After that, his life began to take a downturn. In the last years of his life, Kuhlau had struggled with financial problems, the loss of his parents, and a chest disease resulting from a house fire in 1831. Kuhlau did not recover from the chest disease and passed away the following year.

Kuhlau was one of the exceptional composers in music history. Even though the fire destroyed many of his unpublished works, there are still over 200 works published and available for us to explore, including this one of his last works, the Piano Quartet in G minor, op.108.