Conductor Xian Zhang has perhaps had a more difficult road than many conductors. She was born in Dandong, China, in 1973 just after the Cultural Revolution during which western music was forbidden. Named Xian, which means ‘string’—of a stringed instrument—her parents, whose own careers were interrupted, intended to introduce their daughter to music. Her father had been an instrument maker primarily of violins and cellos, and her mother, a pianist, was unable to complete music school. When Xian turned three years old they thought she was ready to begin piano lessons but many instruments in the country had been destroyed. Undeterred, her father set out to find parts from a shuttered factory. He assembled a wooden shell, and painted it red, the only color he could find, with the hope she would become a musician. 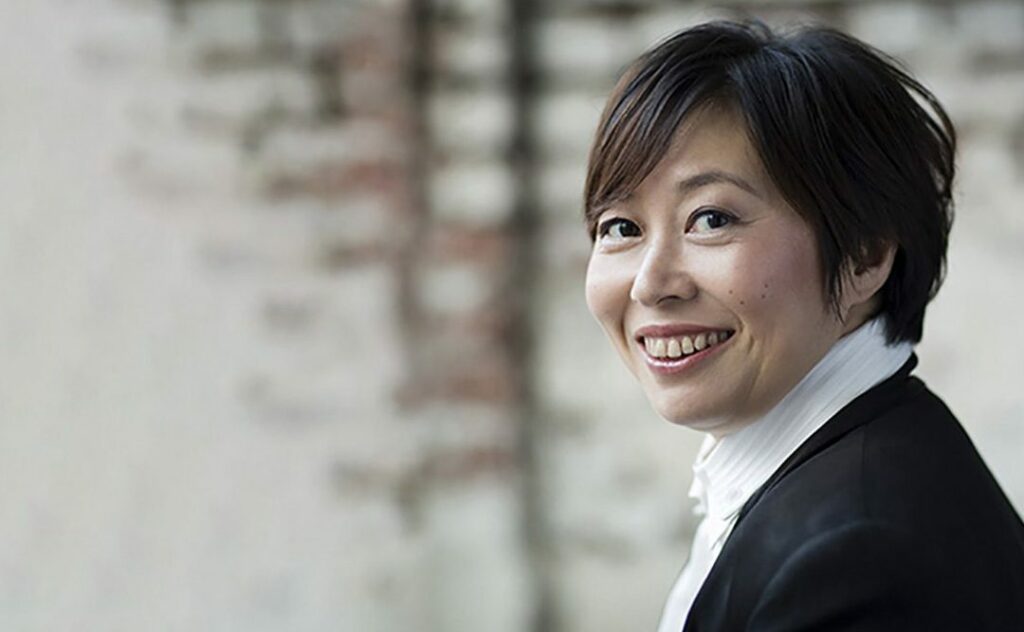 Ms. Zhang began her studies in China majoring in piano. The excellent teaching she initially received nurtured her musical growth and understanding. Advancing on an instrument and building a reservoir of knowledge and understanding of music are the essential building blocks, before you can even begin to become a conductor.

It became obvious this would be her path. Pushed by China’s first female conductor Zheng Xiaoying, a strict disciplinarian, Zhang had to learn scores from memory, and for an entire year she conducted with only hand gestures. Once the motions and body language were mastered then, and only then, was she allowed a baton. Her first foray with a stick was with a chopstick!

Ever since, for 25 years, Zhang has used the same baton. It feels like part of her body. The handle has an unusual shape, which fits into her palm comfortably, and the cut down length, and precise weight suits her perfectly. Zhang claims to have looked all over the world unable to find a replica of this particular baton shape.

Her studies continued with Wu Ling Fen, professor of the Conducting Department of China Conservatory of Music, where she earned both Bachelor and Master of Music degrees. She made her professional debut conducting The Marriage of Figaro at the Central Opera House in Beijing at the age of 20. Zhang then moved to Cincinnati, in 1998 to pursue her doctoral degree. Expectations were low. She was so very tiny and timid, insecure about speaking English but both the players and teachers were impressed when she conducted. 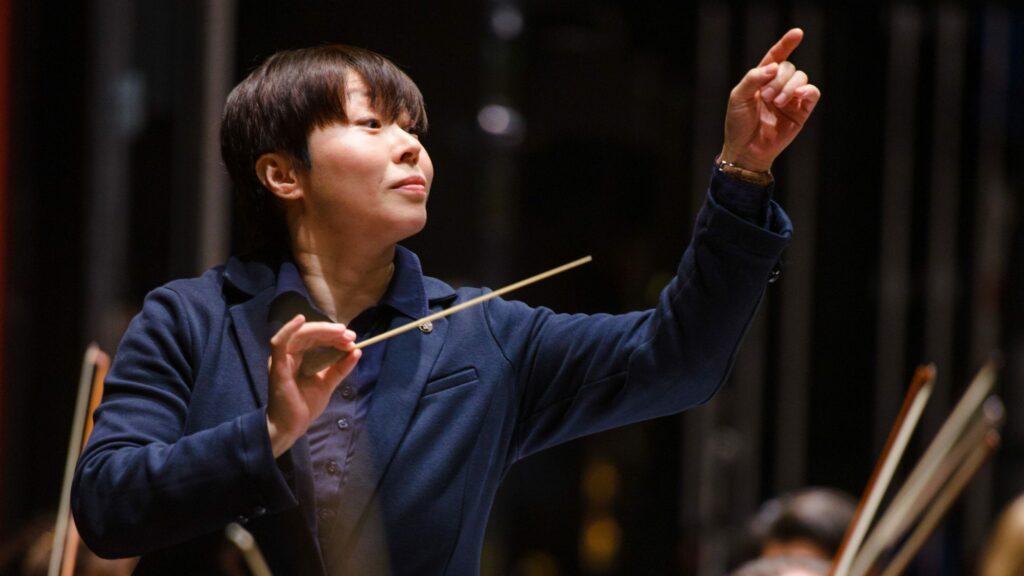 There were two first prize winners. Ms. Zhang and Mr. Bundit Ungrangsee from Thailand were each awarded $45,000 along with conducting fellowships, engagements, and mentorship from Maazel. Of Zhang, Maazel remarked, “she has a commanding presence on the podium. A natural authority.” After winning the competition she was appointed the New York Philharmonic’s assistant conductor and subsequently was promoted to the position of associate conductor.

The vast array of concerts that the New York Philharmonic presented had opened Zhang’s ears to the infinite possibilities of music-making. Xian still recalls Maazel’s wise advice. “Conducting is about mental projection.” After intense study and preparation of the music, the right sound and interpretation must be first present in the conductor’s mind in order to covey it to the musicians. Although knowledge, and the historical aspects of the music, can be imparted, personality, authenticity, and the depth of musicianship cannot be taught. When Zhang conducted a subscription program in 2006, it brought accolades from the New York Times critic Anthony Tommasini, “Her technique appears to be flawless. Her cues are clear; she is kinetic but never flashy… she showed a keen ear for orchestral balances, drawing deep, weighty colorings from the lower strings…” 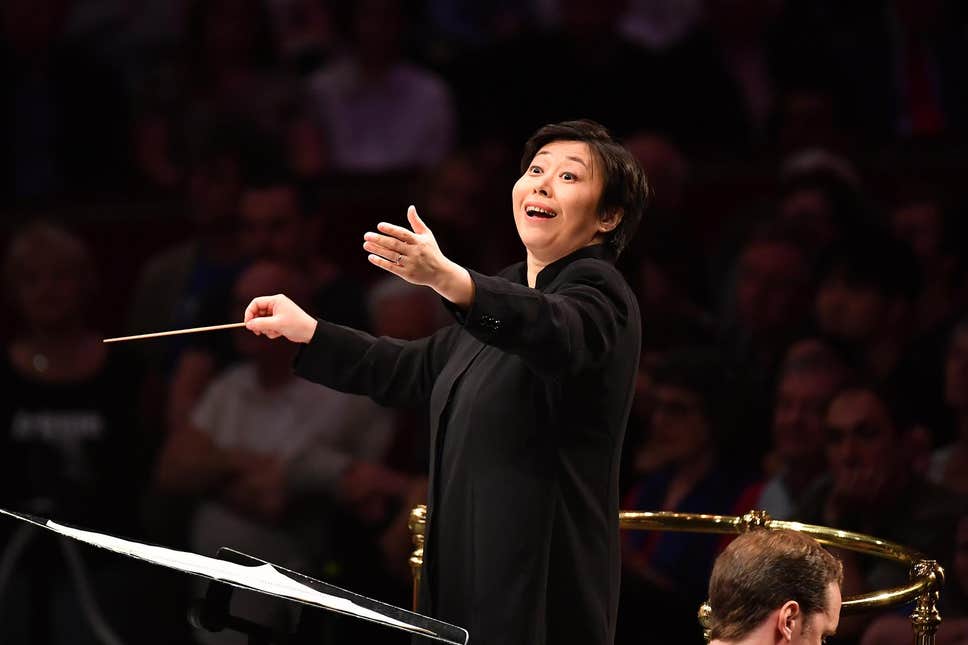 With her New York experiences behind her, Zhang decided it would be necessary to make her mark overseas. Western classical musical traditions were established in continental Europe. Named the music director of the Orchestra Sinfonica di Milano Giuseppe Verdi, a position she held with great success from 2009–2016, she was in demand as a guest conductor of the major orchestras of Europe including the London Symphony. Zhang recorded Frenesia, a work composed for The Royal Concertgebouw Orchestra by their composer-in-residence Detlev Glanert. Also during that time, Xian became the Principal Guest Conductor of the BBC National Orchestra and Chorus of Wales and conducted concerts all over Wales and at the famed BBC Proms. She conducted Beethoven Symphony No.9.


Her decision to return to the US was made for her. In the fall of 2016 Zhang was chosen unanimously by the musicians, the board members, and community representatives to be Music Director of the New Jersey Symphony, the first woman to hold the post, and this year she will become the Principal Guest Conductor of Melbourne, (Australia) Symphony Orchestra.

When Zhang recalls her apprenticeships, she remembers how difficult it was. “It’s almost impossible to think that you must learn everything in the score prior to even touching the instrument; it’s almost like you’re playing in front of a hundred people without ever practicing!” She now conducts 80-100 concerts a year.

How does she manage such a busy career? “Balance is the key.” Zhang believes. Music requires a great deal of energy and focused dedication, and other interests, especially spending time with family and friends, are essential to restore equilibrium.

Standing up there takes courage. As the conductor, 100 pairs of eyes are on you, and 2000 or more eyes are behind you. Each performance needs to be regarded as a journey, where nothing else matters but the music making itself. Zhang’s passion, energy, vitality, and spontaneity captivate all who listen.