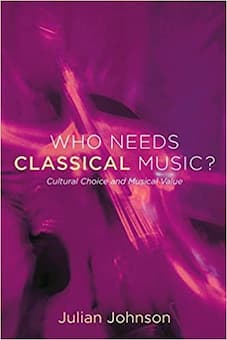 Julian Johnson is a lecturer in music at the University of Oxford. In his book, Who needs classical music?, he asks why isn’t classical music popular? He doesn’t answer the question, either because he can’t, or no one can, or maybe more to the point, few care to ask.

If you are not brought up on classical music, that may be a reason why you don’t care. But classical music is all around us every day. It is in so many movies, TV shows and commercials. It is usually in your local concert hall or church or music centre. It’s on the radio and it is still in CD and record shops and on streaming services.

So why isn’t classical music popular? Maybe it is the name. The title classical music does not fit the widely different styles or the many genres that come under the heading of classical music. Art music would be the handle I’d ascribe to it, but there’s no chance of a name change now.

So, what is the answer? 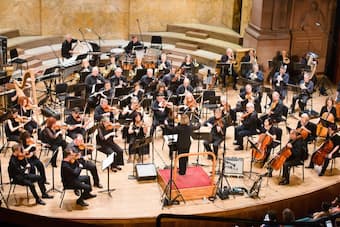 I get the part about classical music being seen as a white male privileged elitist construction that rarely includes people other than the ‘In’ crowd. But that is only a recent “description” of classical music’s make up. Classical music has not been popular for some time, maybe never.

Perhaps it’s the dress code of a standard symphony orchestra and its audience? I get that; it doesn’t do much for me either. There is hardly any black formal attire seen in most countries today, outside of the concert hall that is. I’m guessing that might put a lot of punters off.

Maybe it’s not popular because of the length of many pieces and concerts? I’m looking at you, Mahler and Wagner. If you’ve got time, Wagner’s Ring Cycle only takes 14 hours plus to watch.

Maybe popular music is popular because it doesn’t drain too much of our time and it sings about things that most people are interested in and not about Germanic heroic legends.

I cringe when I hear people say, ‘that’s not for me, turn that off’. Or ‘we don’t listen to that’. Which I have heard people say when I tried to get them to tune in to classical music. Once, a friend upon entering my unit went to the radio and changed the classical music radio station to a pop one before he said hello to me. He then proceeded to have a conversation with me. Guess what I did?

Outside a local McDonald’s, they play opera. It is to drive people away and stop them from gathering around and possibly causing a disturbance. And it works. It is the most barren space in all of my city.

Here is how can we turn this around. 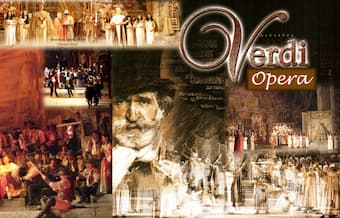 I will never forget the looks on the faces of my work colleagues when years ago I organised a trip to the opera for them, I even hired and drove the bus we went in. Open-mouthed, they stared at me at the first interval. I heard one whisper, ‘What have you done? You brought me here to this, and I had to pay for it’.

After the Verdi, a few came up to me and said, ‘that wasn’t too bad’. So, it got through to some. I’m sure there’s a few that still hate me though.

Maybe, that is what is needed to bring people around on the subject of classical music. A peer, or a friend taking the time to let others into their love and knowledge of classical music. Maybe that is a way to get rid of your friends too. Whatever, anything is better than doing nothing.

In many ways, I have built an insular world for myself and I have only included like-minded people into my space. With my non-classical music-loving friends, I have fewer meaningful conversations and connections. I don’t try as hard to get on their wavelength as I do with the people who I know love classical music. I think that if they don’t like what I do, then we have little in common, so what’s the point of trying to converse with them?

Maybe, me breaking down my barriers and letting people into hearing about what I love and why, maybe that will work. At least it might start a conversation, which is more than what will happen if I keep hiding the fact or never discussing classical music. Perhaps if I did more of that, some of those barriers would fall, and just maybe, they might find and like classical music. Is it the same for you too?