Composers Inspiration
Charles Baudelaire (1821-1867)
“I Have Cultivated My Hysteria With Pleasure and Terror”
by Georg Predota April 9th, 2021 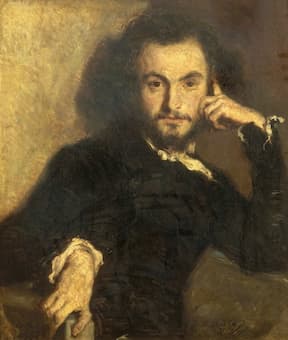 200 years ago this month, on 9 April 1821, Charles-Pierre Baudelaire was born in Paris. Roughly thirty years later, his Les Fleurs du mal (The Flowers of Evil) was considered the most important and influential poetry collection published in all of Europe in the 19th century. Baudelaire wrote much of his best poetry under financial, legal, and personal duress, producing “unprecedented expressions of a complex sensibility of modern themes with structures of classical rigor and technical artistry.” T.S. Eliot called Baudelaire the first modern poet, “the greatest exemplar in modern poetry in any language.” 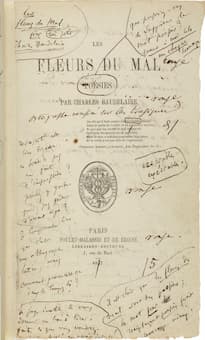 Baudelaire was an eccentric who lived an unconventional life, and his poetry “is defined by its distinct individuality.” He approached a variety of themes from a range of different perspectives, making him one of the most compelling and controversial authors of the 19th century. “Into his poetry,” a critic wrote, “he poured all the dark pessimism of his own soul, all the bitterness and agony of his despair.” Composers were fascinated by Baudelaire’s poetry, as it so closely resembled music. Disciplined in technique, clear in structure, and highly descriptive in terms of imagery, his poetry held great appeal for musicians and composers alike. 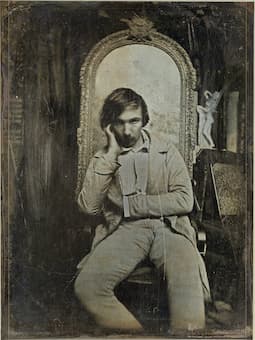 Charles Baudelaire was an only child, son of a painter and poet of modest talent. He introduced young Charles to art, and when he died, his mother remarried a military man who later became a French ambassador. He received his early education in Lyon, but returned with his family to Paris in 1836. Baudelaire entered the prestigious Lycée Louis-le-Grand, and by all accounts he was an erratic student. He wrote his earliest poems, which his masters considered “examples of precocious depravity, adopting affections unsuitable for his age.” 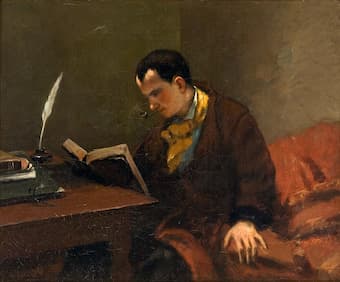 Baudelaire had, as was clearly known to his teachers, began to frequent prostitutes. Leading the carefree life in the Latin Quarter, Baudelaire contracted the venereal disease that would eventually kill him. His parents had seen enough, and they sent him on a voyage to India in 1841 in hopes of breaking his bohemian lifestyle. Scholars suggest “the voyage deepened and enriched his imagination… and filled his writing with an abundance of exotic images and sensations.” 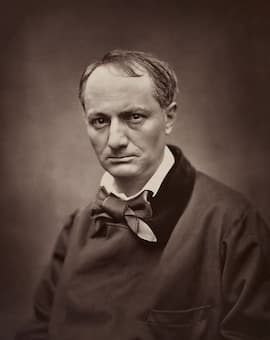 Upon his return to the taverns and brothels of Paris, Baudelaire composed some of the poems of “Les Fleur du Mal.” The poems found a small but appreciative audience, but the principle themes of sex and death were considered scandalous. The collection became a byword for depravity, morbidity, and obscenity, and the legend of Baudelaire as the doomed dissident and pornographic poet was born. A critic wrote, “everything in it which is not hideous is incomprehensible, everything one understands is putrid.” Baudelaire responded to these charges by explaining to his mother, “I have always considered that literature and arts pursue an independent from morality. Beauty of conception and style is enough for me… They deny me everything, the spirit of invention and even the knowledge of the French language. I don’t care about all these imbeciles, and I know that this book, with its virtues and its faults, will make its way in the memory of the lettered public.” 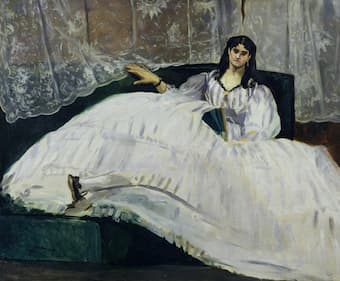 The Haitian-born actress and dancer Jeanne Duval became his mistress and his muse for the next 20 years. She would inspire some of his most anguished and sensual love poetry, and she was thoroughly rejected by his family. His mother called her a “Black Venus who tortured him in every way and drained him of money at every opportunity.” Indeed, Baudelaire was in constant money trouble as he fell prey to cheats, moneylenders, and his own extravagant lifestyle. Burdened by worsening health and crippling debt, Baudelaire was overcome by moods of isolation and despair, and he even attempted to take his own life. His literary output became irregular, however, his discovery of the work of Edgar Allan Poe in 1847 encouraged him to undertake a series of translations that are classics of French prose. 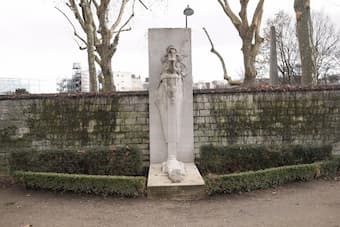 Cenotaph of Baudelaire at Montparnasse Cemetery

“Baudelaire,” critics suggest, “is distinctive in French literature in that his skills as a prose writer virtually equals his ability as a poet.” His illness, and a life of poverty and stress took a heavy toll, and Baudelaire suffered a massive stroke in 1866. After more than a year of paralysis and aphasia, Baudelaire died in a Paris nursing home at the age of 46. Many of his writings were unpublished at the time of his death, but his influence on the direction of modern French and English language literature was considerable. He is said to have provided the initial impetus for the Symbolist movement, and he “had great genius and a technical mastery which can hardly be overpraised…it has made his verse an inexhaustible study for later poets, not only in his own language.”