Blog
When Cellists Play in the Strangest Places and Other Adventures
by Janet Horvath January 9th, 2021 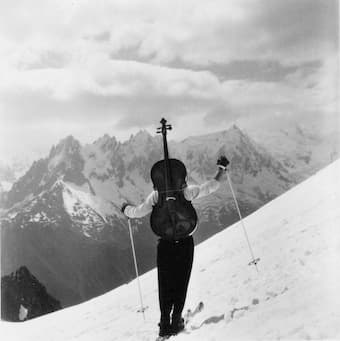 We play the loveliest of instruments with its golden tones and heartrending melodies, but, its wide appeal has caused endless adventures.

I can remember being asked to pose with my cello in boxer shorts; playing a recital on a stage that slanted forward at such an angle that I kept slipping, chair and all, towards the edge of the stage; I’ve played in a barn, in a field of hay bales, and in huge sports stadiums on rickety stages.

But that’s nothing compared to some of my cello colleagues’ stories, which were prompted by a comment on the page of the International Cello Society. 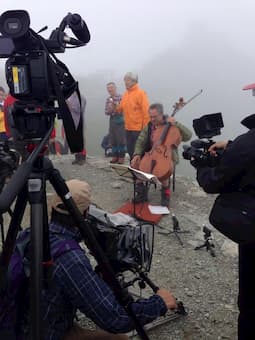 Ludovit Kanta performed at the peak of Tateyama

Cellos in alpine settings are reflected in this iconic photo taken by Robert Doisneau of renowned cellist Maurice Baquet, circa 1940. I know cellists who have taken their instruments up a mountain on a ski chair lift or been helicoptered in, to play for weddings. Ludovit Kanta climbed up the 3003-meter peak of Tateyama, one of Japan’s “Three Holy Mountains”, carrying his cello and camera. Fortunately, someone else transported the chair! Fifty spectators heard him perform Bach Solo Suite No. 1, and the Kodály Solo Sonata Op. 8 first movement when it started to rain. The 30-minute program ended with Song of the Birds by Pablo Casals and, “the moment I finished the gentle rain changed to a downpour!”


In a beautiful part of Cornwall, UK, cellist Barbara Degener played in a cave on the beach in low tide. During each phrase, her endpin and stool slowly sank into the wet sand. Audience members reacted quickly to the emergency. They offered to place their shoes under the stool legs so the show could go on.

Performing Haydn Cello Concerto in D has singular challenges even without strange circumstances. Cellist Pamela Frame played the work with orchestra, floating on a river stage in Columbus, OH. “Warming up “backstage” was memorable.” She said, “five minutes before the concert I was still wondering whether a cello bow could float. Luckily I didn’t find out!” 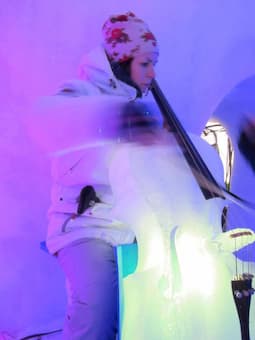 Hearing a loud noise late at night, Martin thought someone was trying to break in. He’d been home alone practicing. Breathing heavily, he pulled the endpin out of the cello brandishing the sharp end as he peered down from the top of the staircase. “Hello? Anyone there?” he called out. No-one answered but he was ready to defend himself like a Jedi master flailing with his cello endpin.

Zachary Carcella-Sweet, a faculty member at Nazareth College, had a recital to prepare for, which necessitated practicing in an Arkansas hotel room. When there was a knock on the door he thought someone was going to complain about the noise. Instead, the guest at the door asked, “Would you come with me to play for a wedding that starts in two hours?” The guest offered a sizeable fee to play for just five minutes so Zachary threw on his tuxedo and was whisked away in a limousine. Surely, he thought, he was being abducted. When Zachary arrived over 200 elegant people drinking champagne greeted him, patiently anticipating the wedding music. “And, I lived to tell the tale!” 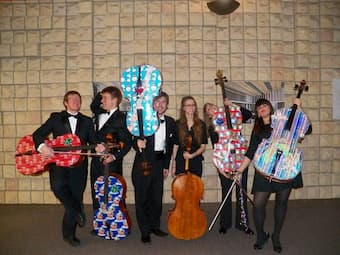 Swedish cellist Katarina Bergner Åhlén has quite a story. Inside a huge igloo in northern Sweden she played three concerts on a cello made of ice. “I had enormous issues with the tuning of the cello, as the instrument was literally melting while I was playing.” It had to be chilled with cold water every few minutes. When I asked how her hands felt she said, “actually Janet, I don’t remember feeling too cold. I had mittens with cut off fingertips but I was probably too focused on the impossible tuning!”

Cello cases may be difficult to drag around but they can also come in handy. One of my colleagues used his case to smuggle several bottles of cheap wine into the dorm room at the Eastern Music Festival. During orchestra tours, other cellists have carried tequila, beer, or vodka in their cases. Me? I stuffed packaged diapers into my cello trunk for the musicians who were traveling on tour with their babies. 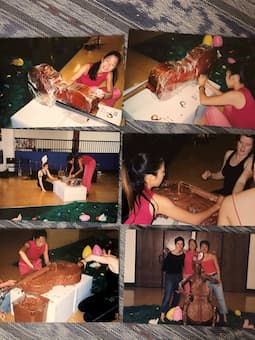 Stephanie Flores recounts an interesting Christmas tradition at her school. During her undergrad years, the cellists enfolded their instruments in gift wrap for their Christmas concerts. They were safe she assured us.

To top that, Jessica Catron has a grad school memory inspired by Project 5: pioneer artist Nam June Paik and the late cellist Charlotte Moorman, of avant-garde video and performance. They experimented with synthesized video combined with daring performances. Written by Paik and composers such as Jim McWilliams, Joseph Beuys, Yoko Ono, and John Cage, they captured the attention of the media when Moorman performed naked with a cello carved from ice, played while swinging from a 12-metre trapeze, on a cello smothered in chocolate fudge, and suspended from balloons drifting above the Sydney Opera House. 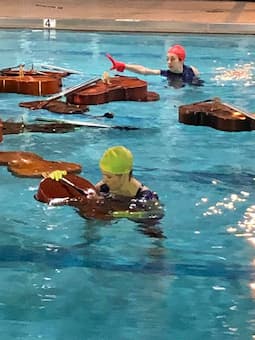 A synchronized swimming scene
by John Yeh and friends

Catron and her cellist friends mimicked Project 5 by making a mold of their cellos. They created full-sized cello chocolate treats.

What do you get when you have 30 cellos, a swimming pool, and two amazing musicians? A synchronized swimming scene, of course! John Yeh, assistant principal clarinet of the Chicago Symphony shared this photo. No instruments were harmed in the trial but don’t try this one at home. 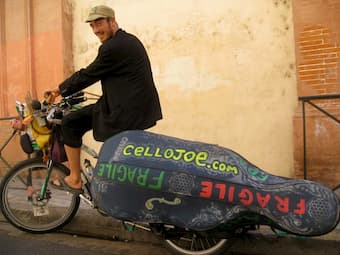 Joey Chang aka CelloJoe has my admiration. He is an anomaly in the world of cellists. By combining cello with beatboxing, he has created a unique genre: Classical Hip Hop—beatboxing, throatsinging, singing, plucking, and bowing, he creates a tapestry of rich soundscapes both funky and unique.

Riding a bike with a cello on one’s back is no small feat but Joey Chang isn’t fazed. Joey is the world’s first long distance musical bike touring cellist. He’s carried his handmade cello from California through Mexico and across 12 countries of Europe busking all the way!