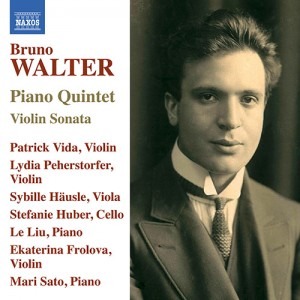 In the early part of his musical career, before he became one of the most revered conductors of his time, Bruno Walter saw himself as a conductor-composer much like his friend and rôle model, Gustav Mahler. His large-scale Piano Quintet, couched in the late-Romantic idiom, is a powerful expression of Walter’s consummate compositional skill. The Violin Sonata in A major, Walter’s last chamber work, offers a study in expressive contrasts, its unsettled moods reflective of the time in which it was written.