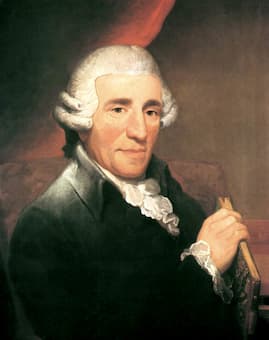 As the ‘Father of the String Quartet,’ Haydn did a great deal to standardize the quartet form that we love so well. And yet, while giving him this comfortable title, we always have to recognize his sense of humour in what he wrote. In the Farewell symphony, he had each player extinguish his stand candle and leave the stage as they finished playing to get the message to their patron that they wanted to go back to town to their families. In the Joke Quartet, like all good jokes, you have to wait until the end to hear the humour.

The Quartet starts with a charming melody that sounds almost popular. It’s simple and approachable and Haydn’s clarity in layout spins out the various motifs he’s derived from his themes.


This is followed not by the expected Minuet / Trio but that new-fangled Scherzo, later taken up so enthusiastically by Beethoven. It’s almost like a folk-dance in its writing, with the peasant stamping we find in other depictions of the countryside. The contrasting Trio, full of glissandos in the violins, couldn’t be more of a contrast. The sound goes into the high register for a change in sound before returning to the stamping dance at the end.


The third movement Largo starts with the low voices, the viola and cello, and then changes character when all four voices play together: the line stops and stutters. Then the lyrical Largo resumes. Could this be our first hint of the joke?


The final movement starts with a dance-like Presto. We’re immediately swept up and dance along with the quartet, following the spinning out of the melody. But then we get to the coda and everything changes. The melody ends, and then we’re left in silence, some chords, some silence, the dance melody again, some silence. And then the joke – when does the work really end? You’ve been so caught up in the ear-worm-like melody that even when it’s not playing, you still hear it going on in your head.


You have to decide when the piece ends – Haydn and the players have given you all the notes you’re ever going to have!