Blog
Wagner, Freud and what it means to be human
by William Cole January 10th, 2013
Tags: Wagner 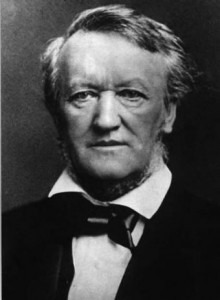 I spent much of last year studying Wagner’s great tetralogy of music dramas, The Ring of the Nibelung. If anyone hasn’t done so, I would heartily recommend it – simply to list the number of things I found fascinating about this extraordinary work would take up a whole article. Like many people who love his dramas, it frustrates me that, perhaps of all composers, Wagner suffers the most from ill-informed prejudice – his works are not only fascinating from a musical, dramatic, philosophical and psychological point of view, but also uniquely powerful and profoundly illuminating about the human condition, about what it means to be a human.

That last phrase in particular is a difficult one, though I mean it sincerely. Many composers are cited, I’m sure as having somehow shed light on our humanity, or reflected and articulated what it’s like to be alive. Beethoven for sure, especially the 9th symphony, Mozart too. Many people find the clarity and layers of counterpoint in the music of Bach similarly affecting. Late Schubert might get a mention as well. It’s true that many composers, and much music, seem to access and engage with deeper levels of our subconscious, but what strikes me is how much of it is abstract music, without words or a particular sentiment that we respond to. 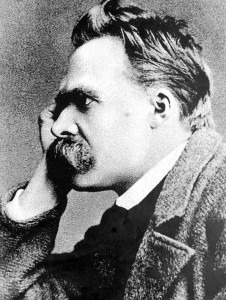 Wagner, as in so many ways, is different. While many comfortably speak of him in the same breath as Mozart or Bach or Beethoven, you would be hard pressed to find a substantial number of people who outwardly profess that the music of these composers is degenerate, immoral, and in some way faintly evil. Yet such opinions have been held about Wagner since the time the music was written, with Nietszche, who ran the gamut from supreme love to extreme hatred of Wagner, going so far as to write in Nietzsche Contra Wagner that his last work, Parsifal, “is a work of perfidy, of vindictiveness, of a secret attempt to poison the presuppositions of life – a bad work”. On the other hand, writer Thomas Mann professed that “all that I owe to him, of enjoyment and instruction, I can never forget: the hours of deep and single bliss in the midst of the theatre throngs, hours of nervous and intellectual transport and rapture, perceptions of great and moving import, such as only this art vouchsafes.”

This is more than mere artistic criticism. Wagner, it seems, gets under the skin, reducing fine minds to heights (or depths) of intense passion. Mann’s quote is particularly revealing – it’s not just ‘enjoyment’ that Wagner offers, but ‘instruction’, not just ‘nervous’ but ‘intellectual’ transport. He helps us to achieve ‘perceptions of great and moving import’, or, for Nietszche, can ‘poison the presuppositions of life’. For both of these men, Wagner’s art was affecting and powerful in emotional and intellectual ways. For Wagner himself, that would come as no surprise – the essence of his dramatic language, as he codified it in his book Opera and Drama, was that the precise combinations of musical leitmotifs (short musical ideas that were initially associated with a single character or idea, but gradually accrue wider significance throughout a drama) with stage action, would allow ideas to be communicated to an audience in an efficient and, more importantly, specific fashion. Wagner called it ‘the emotionalisation of the intellect’ – just what Mann was talking about. 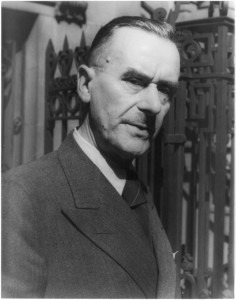 But that surely isn’t enough to bring about the celebration or condemnation that to which Wagner has been treated. Anyway, the interaction between emotion and intellect, heart and brain, is surely central to our enjoyment of music, and in fact any art form. There must be something deeper in Wagner that causes such violent reactions, and it seems to be found in the subject matter of his music dramas, particularly The Ring. One of the theories as to why the works of Wagner so polarise opinion is that they articulate and give expression to some of our most powerful instinctual desires, desires that in modern society, according to the theories of modern psychology, especially Siegmund Freud, we have to suppress below the level of consciousness. These desires are often to do with what are in our society taboo subjects – powerful sexual feelings towards members of our family, for example. These issues, questions of parenthood, of family, of organised society’s hostility to passionate love, are central to the subject matter of The Ring. Act One of Die Walküre closes with the two siblings, Siegmund and Sieglinde, about to make love. Wotan is forced by circumstances of his own creation to relinquish his daughter, Brünnhilde. Siegfried spends his early life coming to terms with the lack of his mother, and eventually finds the love (that will of course bring about his death) in his half-sister Brünnhilde.

All of these issues resound within ourselves at a subconscious level. They resounded within Wagner himself – he was never sure of the true identity of his father, and that led to many of his character faults, his megalomania, his constant need for love and praise. Engaging with Wagner’s art obliges us, or rather obliges our subconscious, to engage with those feelings and desires we have repressed within ourselves. For some, those who view Wagner’s work as degenerate, this is utterly repellent. For others, it is like getting to know oneself for the first time, an experience in which our utmost wishes, though we know it not, are fulfilled. This is perhaps why Wagner’s music is often described in religious terms – one can feel a sense of total freedom and completeness in which earthly considerations of time (despite the great length of his works) vanish, in an experience not dissimilar from meditation. If you have never listened to Wagner, I can of course not recommend it highly enough. For the first time, it can be difficult, and in this day and age it’s tricky to find a spare five or six hours simply to listen to music! But the experience could be not just exciting or moving, but life-changing – in a very real and profound sense, and a way unique to himself, Wagner does express what it means to be human.