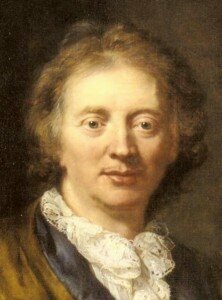 Representing his crowning achievements as a composer, Couperin published four harpsichord books, containing roughly 220 pieces. In the preface to his 1713 collection he wrote, “In composing these pieces, I have always had an object in view, furnished by various occasions. Thus the titles reflect my ideas; I may be forgiven for not explaining them all. However, since among these titles there are some which seem to flatter me, it would be as well to point out that the pieces which bear them are a kind of portrait which, under my fingers, have on occasion been found fair enough likenesses, and that the majority of these flattering titles are given to the amiable originals which I wished to represent rather than to the copies which I took from them.” The people and events surrounding his employment at the French court inspired a good number of these musical portraits. And in line with Couperin’s outgoing and somewhat narcissistic character, they include a musical “selfie.”

When “Les abeilles” (The Bees) was originally published in 1707, it made reference to the Order of the Honey Bee, sponsored by the Duchess of Maine, Louise Bénédicte de Bourbon. By all accounts the duchess was very outspoken and witty, and had a terrible temper. Small in stature, she was thrust into an arranged marriage at the age of 15, and escaping her husband took up residence at the Château de Sceaux in the countryside. She established her own little chivalric court—the Order of the Honey Bee—and members had to wear wigs in the shape of a beehive! Hardly surprising that she became known as “La Reine des Abeilles,” (The queen of the bees.) As Torquato Tasso so eloquently put it, “The bee is small but it makes big wounds.” And once you know the context, you’ll hear Couperin’s imaginative musical setting in a completely new light. 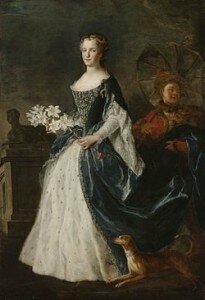 Couperin closely attached his work to the artistic and social milieu of his day taking musical snapshots of friends, students, patrons, and royal masters. Significantly, he manages to reflect the personal qualities of his subjects in appropriate musical gestures. That said, what can we actually hear in the musical portrait of the Polish princess Marie Leczinska? She was the daughter of Stanislaw I of Poland, and described as “being pleasant, well-educated, and graceful in manner and movement.” Louis XV, aged 15 was engaged to the Infanta Mariana Victoria of Spain, who as the name implies, was merely a child at the time. As such, Marie Leczinska was set on a list of 99 eligible European princesses to marry the young king, and eventually the 26-year-old princess wed Louis XV on 5 September 1725. Described as incurably shy and timid, her plain appearance was enlivened by a fresh and healthy complexion. She served in the role of the queen consort of France for 42 years, and she was also a student of Couperin.

The first musical snapshot in Couperin’s first book of harpsichord pieces was a portrait of Louis Auguste, Duke of Maine. The illegitimate, but favourite son—later to be legitimized—of Louis XIV and his official mistress, Madame de Montespan, eventually founded the semi-royal House of Bourbon-Maine. Supposedly, Auguste had an “enlightened understanding, was subtle and cultivated, with a noble and pious character. Religion rather than nature made him virtuous and kept him so. He loved order, justice, and decorum. His natural inclination was for solitude and study; gifted with all the qualities necessary for success in society, he mixed in it with reluctance.” No doubt, the Duke of Maine was a rather serious and sober man, and Couperin manages to musically chisel these personal traits in fine detail.