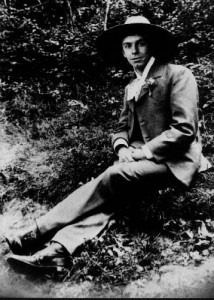 Alexander Scriabin (1872-1915) was short of stature and stood just over five feet tall. For a period of time he joined the military, but was mercilessly ridiculed and bullied because he was “small, effeminate and weak.” Commentators have suggested, “Like many little men, he acted arrogantly to compensate for his lack of height.” And compensate he did! We find evidence of a seemingly endless stream of sexual conquests of a homo-and heterosexual nature. Yet love did come at last, as Scriabin—then aged 20—met “a beautiful and clever, most gifted girl.” The gifted girl in question was 15-year-old Natalya Sekerina, a highly talented pianist. Natalya and her sister Olga had seen Scriabin perform at a Moscow Conservatory recital, and formally invited him around the next day. Olga recalled, “he may have been in a cadet uniform, but there was nothing military in his bearing. He was awkward I must say. Behind it you could see all the wonderful softness which feminine care and upbringing had left on his manners.” The young lovers went ice-skating, but he did not know how. So Scriabin sat in a chair and the young girls took turns to push him around over the ice.

Athletic awkwardness none withstanding, Scriabin channeled his feelings for Natalya into a mystical poem, which he eventually set to music as well:

Were I by sweet dreaming
To dwell within thy soul,
Were I to turn thy fair head
To great thoughts of creation,
I would, dear friend,
Reveal to thee
A universe of delight.

Entitled “Romance,” the manuscript was only found after Scriabin’s death and there is no evidence to suggest that Natalya ever heard it. In March 1891, Natalya’s mother intercepted a love letter and summoned Scriabin. Before she could say a word, Scriabin burst out, “Natalya and I consider ourselves engaged to be married and have to for some time.” Hardly surprising that he was forbidden to enter the house ever again. Scriabin was devastated and he communicated to Olga, “Don’t take away my little Natalya. Don’t deprive me of my muse. I love her with that pure, ideal love with which one loves only once in a lifetime.” Olga eventually agreed to become the messenger, ferrying secret notes and letters between the lovers. 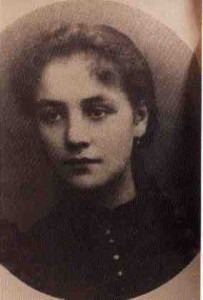 In all, a total of sixty-seven Scriabin letters written between December 1891 and December 1895 have survived. None of Natalya’s replies have been preserved, however, since Scriabin never kept correspondence from anyone. The majority of these letters were written during the summer months, when Scriabin traveled extensively throughout Russia and Northern Europe. In these letters, Scriabin shows particular interest in nature, considering it “man’s mind turned inside out.” He excitedly reports from his first visit to the Baltics, “Everything glowed with magnificent majesty on the horizon. First a clear purple, then it turned rose-colored, and finally silvery flecks stained the surface of the sea…. The green of the sea blended with the blue reflection of the sky. There was such a play of colors and shades, as I’ve never seen. It was a picture, a triumph of colors, a festival of truth.” It is remarkable that this fascination with color is already found in his youthful correspondence, as Scriabin would in later years champion a system in which each musical key is associated with a specific color.

Stormy clouds were gathering over the relationship when the couple attended the 1894 debut recital of Josef Hofmann in Moscow. Natalya was mightily impressed, much to the displeasure of Scriabin. Hofmann was also an expert ice skater and Natalya and Hofmann “sailed around the rink gaily chatting while Scriabin became fearfully depressed.” At a school ball shortly thereafter, Natalya danced every dance, while Scriabin—who thought of dancing as a vulgar, unpleasant and meaningless activity—stared at Natalya’s empty chair. From that point onward, Scriabin’s messages become rather incessant, “Hear me out! Listen to this voice of a sick and tormented soul. Remember and pray for the man whose entire happiness is yours and whose entire life belongs to you.” He even composed the rich and melodious Etude Op. 8, Nr. 8 for her, and attempted to arouse her jealousy by publically holding hands with a number of young ladies. Apparently, Scriabin’s renewed proposal of marriage was met by Natalya’s flat rejection, “I am not marrying you, because I love you less than I did at first.” And that, as they say, was the end of the relationship. Natalya eventually married the judge Nikolai Markov, and Scriabin turned his attention to Vera Issakovich; more on that relationship next time.