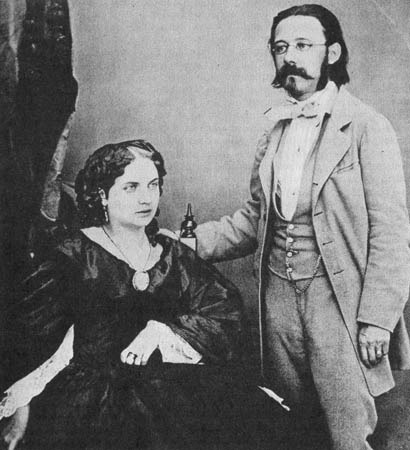 By the summer of 1874, Bedřich Smetana (1824-1884) was fighting an apparently minor throat infection that resulted in a blockage to his ears. By September, however, he had lost all hearing in his right ear, and by October he was profoundly deaf. Like Beethoven, he sought medical treatment abroad—ingesting large quantities of mercury and enduring electric shock therapy— and also contemplated suicide. Hastily he wrote in his journal: “If my disease is incurable, then I should prefer to be liberated from this life”. Unlike Beethoven, however, Smetana’s deafness was the result of an advanced syphilis infection, which would ultimately rob him of his eyesight as well. Yet both composers somehow found solace in the creative process of writing music. In fact, Smetana embarked on a musical project that would offer an autobiographical account of his life. This composition—his String Quartet No.1 in E minor —was completed at the end of 1876 and carries the subtitle “From My Life”. From a letter Smetana wrote to his friend Josef Srba, we actually get a detailed and graphic description of all four movements. The opening “Allegro vivo” depicts, according to Smetana “my youthful leanings towards art, the Romantic atmosphere, the inexpressible yearning of something I could neither express nor define, and also a kind of warning of my future misfortune.” In the second movement, Smetana instructs the viola to “sound like a trumpet, as this quasi-polka brings to mind the joyful days of youth when I composed dance music”. The “Largo sostenuto” depicts, according to Smetana, the “happiness of my first love, the girl who later became my first wife”. However, the music of this movement is entirely pensive and contemplative, and seems to contradict Smetana’s joyful description. To understand this apparent contraction, we have to return to the summer of 1840. 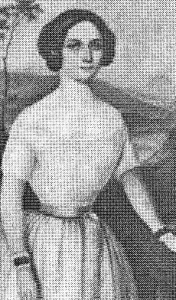 String Quartet no. 1 in E Minor “From My Life” (1876)
Piano Trio in G minor, Op.15 (1855)
Having been summarily dismissed from yet another secondary school in 1840—Bedřich ultimately preferred to improvise on the piano and hone his violin skills—he abandoned school altogether and focused instead on the musical and social life of Prague. Here he earned a decent living playing for assorted social occasions, and engaged in a number of rapturous affairs. This bohemian period of his life also saw the reunion with Kateřina Kolářová, an early childhood friend. By now, of course, Kateřina had grown into a radiantly beautiful young woman, and they quickly became an item. In fact, Smetana was deeply in love and confided in his journal, “When I am not with her, I am sitting on hot coals and have no peace”. The young lovers continued their musical and other activities, with Bedřich giving music lessons to members of Count Leopold Thun’s family and eventually studying composition, while Kateřina continued her piano studies.

By 1848, Smetana had secured permission from the Provincial Government to organize a private musical institute, and Franz Liszt endorsed the publication of his Opus 1. Feeling financially secure, Bedřich proposed to Kateřina and the couple was married on 27 August 1849. However, the misfortunes Bedřich had identified in the first movement of his String Quartet would soon cast dark shadows over their lives. For one, Kateřina contracted tuberculosis and endlessly struggled to keep the disease under control. Additionally, their first daughter Bedřiška, born in 1851, did not see her fourth birthday. Similarly, their second daughter Gabriela died in infancy, with the same fate befalling their fourth daughter Kateřina, who died in 1856. These personal tragedies inspired not only one of Smetana’s most intimate and moving compositions, the Piano Trio in G minor, Opus 15, but also strengthened his resolve to leave Prague, “a city that did not wish to acknowledge me”. In October 1856, Smetana single-handedly departed for Sweden, opened his own music school in Göteborg, became active as a conductor and had a steamy affair with his student Mrs. Föjda Menecke, to whom he dedicated several compositions. By the summer of 1857 his wife eventually joined him, yet the cold climate quickly worsened her condition. Escaping the northern climate the couple were on their way home to Bohemia, when Kateřina died in Dresden, on April 19, 1859. Bedřich was devastated, yet in quick order became acquainted with Bettina Ferdinandi, aged nineteen, and the couple married in the autumn of 1860. By all accounts, their marriage, which produced two children, was a quarrelsome and unhappy union and Betty does not figure in Bedřich’s autobiographical “String Quartet”. However, this composition does feature a piercing note in the highest register that rudely interrupts the joyous celebration of national elements in music that characterizes the concluding “Vivace”. According to Smetana, it is precisely the pitch he heard ringing in his ear that announced the onset of his deafness.