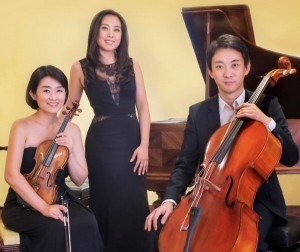 Institutions for secular education in musical performance, composition as well as academic and research fields are known under a variety of names. Originating in 16th-century Renaissance Italy, the term “conservatorio” designated a type of orphanage frequently attached to a hospital. Significantly, the foundlings—known as “conservati”—were given musical instruction at state expense. Venice became the center for girls—it operated under the name “ospedale”–and Naples musically educated boys. By the mid-17th century, four conservatories operated in Naples. Among them, most significantly
“Santa Maria di Loreto,” home to the composer Giovanni Battista Pergolesi, and “Sant’Onofrio a porta Capuana,” where Giovanni Paisiello studied and subsequently taught. At the center of the Neapolitan conservatory was a system of admission by competitive examinations and free tuition. This system, with modifications here and there, was extensively copied in many European cities, and eventually saw the network expanding to the Americas in the second half of the 19th century. Conservatories have come and gone, but few can compare in terms of musical, cultural and social significance with the Conservatoire de Paris, founded in 1795.

The list of famous students and directors of this venerable institution reads like the who’s who of French music. However, the musical universe of the Conservatoire de Paris was also populated by lesser, yet highly talented composers that have long since been forgotten. Among them was Théodore Dubois (1837-1924), who came from a humble family background. Showcasing outstanding musical talent he was accepted for study at the Paris Conservatory, and eventually awarded the most prestigious artistic scholarship available in France, the “Prix de Rome” in 1861. The reward was an all expense paid residency at the Mancini Palace in Rome for a duration of 24 months. During his time in Italy, Dubois discovered the music of Palestrina and met with Franz Liszt. Upon his return to Paris he first assisted César Franck as choirmaster at Sainte-Clotilde. Gaining rapid recognition as a composer, Dubois was appointed at the Paris Conservatory. Initially he taught harmony and compositions, but in 1896 he became the director of his alma mater. 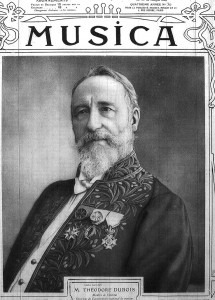 His tenure at the helm of the Conservatory was rather short-lived, as he was in the center of the scandal that denied Maurice Ravel the “Prix de Rome” for a record-breaking five consecutive years! The final Ravel rejection in 1905 brought on an internal investigation that uncovered a conspiracy of blatant favoritism. An increasingly hostile press wrote “We must know, if, for now and all time, awards are to be extorted by intrigue or conferred by imbeciles…For the future of our music, it is high time to sweep away this clique of pedants, equivocators, and spiteful cads.” Predictably, the affair Ravel led to a complete overhaul of the administrative process, and Dubois was forced to resign. He quietly slipped into obscurity bitterly complaining, “the whole musical world is gradually forgetting me, and I am a living spectator of my own death.

In terms of his own compositional activity, Dubois had been reasonably busy. His employment at various churches gave rise to a substantial oeuvre of sacred music, including masses, motets, a requiem, and several oratorios. Much of his instrumental music was stimulated by his involvement with the “Société Nationale de Musique,” an organization that actively promoted French music and allowed young aspiring talents to present their music in public. Consistently receiving positive reviews, critics praised Dubois’ music for its “balanced architecture, lyricism, melodic invention, and good taste.”

Théodore Dubois: Piano Trio No. 1 in C minor
Interestingly, Dubois’ Piano Trio No. 1 in C minor was written in 1904, at the height of the Ravel turbulence at the conservatory. It is quite possible that Dubois considered composing a form of occupational therapy, because there is no hint of anguish, nervousness or angst in the musical score. Granted, a sense of restlessness combines with extended lyricism in the first movement, while the second presents a somewhat dramatic contrast. However, the third movement is pure musical elegance, and the slow introduction to the fourth movement gives way to a fugal style finale. The work is dedicated to Camille Saint-Saëns, who also played the piano part in the first performance. He communicated to Dubois a few days later, “If it proved satisfying for you to hear me play your lovely Trio, despite my unforgivable mistakes, it was even more satisfying for me to play it.”

The Piano Trio will be performed at Le French May Arts Festival 2016 by the Trio Morisot on 11 May 2016, Hong Kong City Hall Theatre