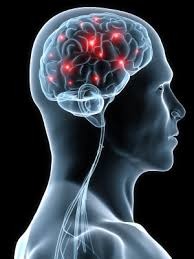 The contents of this passage may be difficult for some classical music fans to accept.

Once hailed as Time magazine’s top ten cultural figures of the millennium, Wolfgang Amadeus Mozart (1756-1791) should perhaps also be known as one of the most foul-mouthed classical musicians of all time.

“Leck mich in Arsch”, which literally translates into “lick my ass” or “kiss my ass” in modern terms, is the title of one of Mozart’s canons which he composed at the age of 26.

Such offensive language was not only evident in his work, but was also prevalent throughout his daily life. Over ten percent of Mozart’s letters are found to contain evidence of scatology, an investigation by Simkin reveals. Scatology is the study of faeces, and in Mozart’s case, it refers to the obsession of obscene language and references to excretory functions (and not in the medical sense). Mozart wrote to his cousin Maria Anna Tekla Mozart on 5 November 1777 saying “I sh*t on your nose, so it runs down your chin”, according to a translation by Spaethling in 2000; and to his father on 17 October 1777, Mozart wrote, “…But I sang a whole different text ‘P.E, o oh you prick, why don’t you kiss my ass…” 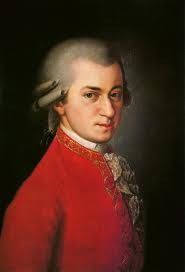 In fact, Mozart’s mouth was so foul that experts have suggested that he actually suffered from a complex neurobehavioural disorder called Giles de la Tourette’s Syndrome.

This is because one of the occasional symptoms of Tourette’s Syndrome is Coprolalia. Coprolalia refers to the involuntary and often compulsive swearing of obscene words or taboo remarks. It comes from the greek word “κόπρος” (kopros), meaning faeces, and “λαλιά” (lalia) from lalein, which means “to talk”. Despite the amount of attention drawn to the condition, it is actually not a necessary symptom required for a Tourette diagnosis. Only about 10% of Tourette patients are reported to suffer from it.

On the contrary, it is the presence of motor and vocal tics (which last for at least one year) that characterise Tourette’s syndrome. Tics are sudden, repetitive movements or sounds that a person makes, usually unconsciously or with only very little control of the muscle groups. 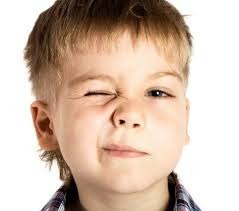 Common tics include blinking the eyes very hard, shoulder shrugging, foot stomping, repeated sniffing, repetitive shouting, constant clearing of the throat or grunting. Some tics may even result in self harm, due to head banging or punching one self. Tics can sometimes be worsened when the person is under stress, excitement or anxiety. Patients have described the need to complete a tic or repeatedly carry out the tic in order to decrease the urge or sensation.

Although the exact neuropathology and the cause of the condition is not properly understood, research suggests that it is caused by nerve communication problems in the brain. Disturbance in the balance in neurotransmitters such as dopamine, serotonin and norepinephrine may also play a role in Tourette’s. These include abnormalities in parts of the brain, including the basal ganglia, frontal lobes and cortex.

Did Mozart have a neurological disorder, or simply a unique personality?

Some argue that Mozart, as a genius in his own right, simply couldn’t care less about what others thought, and did not have an actual neurobehavioural condition. After all, he lived under the public eye as a child prodigy and was aggravated in life by the enormous demands of his father and society. A bit of strong language was simply a way for him to let out his frustrations, and to demonstrate his inner disrespect of the nobilities at the time.

Furthermore, the image of a respectable Mozart was probably just a creation of the late 1790s, where society was a little bit more conservative than it is today. It is said that the title of the “Kiss my ass” was changed to “Lasst uns froh sein” when published, meaning, “let’s be happy”. Mozart’s widow, Konstanze, is also said to have ensured that Mozart’s letters would not be published immediately upon his death, and that obscene parts of Mozart’s letters would be eliminated in the very first edition.

Some even go on to say that the scatology in Mozart’s letter was simply typical of the conversation styles in southern Mavaria and Salzburg region at that time.

Yet, the case for Mozart’s Tourette syndrome was suggested for the first time at the World Congress of Psychiatry in Vienna in 1983, citing records that show that Mozart was prone to unpredictable and erratic behavior. For example, he had a tendency to trash hotel rooms and refuse to clean. He also had an impressive medical history of possible diseases, leading to the many mysteries surrounding both his life and death.

Nevertheless, the seemingly endless lists of Mozart’s neurobehavioural problems are only speculations. His life was afterall very short, especially in today’s terms, so it will remain forever a mystery whether Mozart had a unique personality or an actual neurological disorder.

What we do know however, is that regardless of how foul-mouthed Mozart was, his music will continue to fill our concert halls, shopping malls, and even play on the phone while you are left on hold.

Kammer Thomas. (2007). Mozart in the Neurological Department– Who has the Tic? Neurological Disorders in Famous Artists – Part 2 Frontiers in Neurology and Neurosciences, Vol 22, Basel, Karger, Page 184-192.