Composers Anecdotes
Théodore Dubois and the Hooligans
by Georg Predota May 21st, 2016

During his early days as a composition student at the Paris Conservatoire, Maurice Ravel was called a “mediocrely gifted debutant, who will perhaps become something if not someone in a about ten years, if he works hard.” Much of this resentment against Ravel was clearly a reaction against his fresh and unique musical voice. Surprisingly, however, the fundamental source of hostility against Ravel came from Théodore Dubois, esteemed director of the Conservatoire. As early as 1899, when Ravel got ready for the Prix de Rome competition, he wrote, “ I have no illusions about Dubois and my chances in the competition.” Ravel’s gut feeling was right on the money, as he was eliminated during the preliminary stages having submitted a fugue and a choral piece. The stage was set for a tug of war that was to last for the better part of 5 years!

It was around 1900 that Ravel joined an informal group of young artists, poets, critics, and musicians who became known as “Les Apaches.” This group of “Hooligans,” which at some point also included Igor Stravinsky and Manuel de Falla, considered themselves artistic outcasts. They regularly met to discuss the future of music and to listen to performances of their works. However, what really bound them together aesthetically was their unbridled enthusiasm for the music of Claude Debussy. When Debussy’s opera Pelléas et Mélisande premiered at the Opéra-Comique in 1902, the musical battle lines were drawn. Camille Saint-Saëns openly and harshly criticized the work, and Dubois actually forbade Conservatoire students to attend. As you might imagine, the “Hooligans” were militantly vocal in their support, and Ravel thumbed his nose at Dubois by attending all fourteen performances of the first run. From then on, Dubois did his utmost best to undermine Ravel whenever the opportunity presented itself. 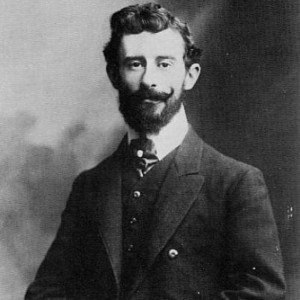 Dubois had set the musical direction of the Conservatoire in 1901 by authoring his Traité de contrepoint et de fugue. He writes, “One must not lose sight of the fact that the study of counterpoint is the best of disciplines for a young musician seeking to master his art. No other work can replace it from a practical standpoint, and it is hardly difficult to recall the names of those composers who have profited by drinking from its great source.” In ironic defiance of Dubois, Ravel submitted the cantatas Myrrha, Alcyon and Alyssa for the Prix de Rome competitions from 1901 to 1903. He won nothing, “as the judges rightfully suspected that Ravel was making fun of them by submitting cantatas so academic as to seem like parodies.” In 1905, Ravel tried for the final time to win the Prix de Rome by submitting a Fugue in C and the choral piece L’Aurore. He was eliminated in the preliminary stage, but things had reached a boiling point when it emerged that the senior professor at the Conservatoire, Charles Lenepveu, was a member of the jury. Furthermore, only Lenepveu’s students had been selected for the final round! Everybody rose to Ravel’s defense, even his most outspoken critic Edouard Lalo. Lenepveu was labeled “a poor musician and author of several paltry works,” and his buddy Dubois was forced to take early retirement. Everybody was eager to leave the “L’affaire Ravel” behind, and Gabriel Fauré was welcomed as the new director of the Conservatoire. As we all know, Ravel quickly rose to super stardom while Dubois and his music were quickly forgotten.