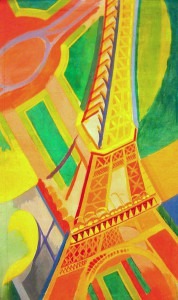 The shameful, cowardly and revolting attacks on Paris in 2015 serve as a sad reminder that the veneer of civilization continues to be paper-thin! In a repulsive case of history repeating itself, Paris was also under attack roughly 100 years ago. And in 1915, Claude Debussy wrote an angry poem, reflecting the French resentment of the brutal German attack upon their country. Noël des enfants qui n’ont plus de maisons, composed for voice and piano, is a curious blend of art music and popular song. A lush and exceedingly technical piano accompaniment forcefully supports an anthem-like vocal setting. Debussy was fully caught in the nationalistic rage of his days, and fully emerged in the circumstances of war. As his final song, Noël des enfants serves as a highly personal human document to his frustrations and resentments. Although the protagonists have changed, our frustrations and resentments are no less real in 2015!

Claude Debussy: Noël des enfants qui n’ont plus de maisons
Camille Saint-Saëns completed his Christmas Oratorio in less than ten days in 1858. Unfolding in the style of a sacred cantata, the work features nine movements based on biblical passages that illustrate in various ways the preparations for and the tidings of the Birth of Our Lord. To be sure, Saint-Saëns creates a special Christmas atmosphere by adding the organ and the harp to the string ensemble. The opening prelude “in the style of Seb. Bach,” is deeply inspired by the “Pastorale-Sinfonia” from the second part of Bach’s Christmas Oratorio.

Camille Saint-Saëns: Oratorio de Noël
La Nativité du Seigneur (The Nativity of the Lord) was composed in 1935. It is an early work by Olivier Messiaen, yet it already possesses his distinctive rhythmic and melodic style. The first of a number of cyclic works for the organ, Messiaen wrote the composition while in residence at Grenoble, in the French Alps. His nine mediations inspired by the birth of Jesus take their creative stimulus from the surrounding mountains, stained glass windows of medieval cathedrals and various theological and compositional considerations. The composer outlined his thoughts in an extended preface, assuring that “emotion and sincerity, first of all, are transmitted by clear means to the listener.” Critics and musicologist agree, that it is “one of the great organ works of all time.”

Olivier Messiaen: La Nativite du Seigneur, “Les Mages”
Maurice Ravel made his debut as an author with the text for Noël des jouets in 1905/06. Relying on his characteristic sense of irony, Ravel depicts five subjects in turn. The sheep in a toy crib, the Virgin Mary in her crinoline, the unruly dog Beelzebub, the benevolent angles preventing the dog from eating a Jesus made of colored sugar, and the celebration of Christmas. In a musical sense, Ravel uses different musical techniques for each of the five sections, with the opening quoting the melody of Silent Night in inversion. Above all, Ravel’s sense of color and atmosphere is infallible!

Maurice Ravel: Noël des jouets
Darius Milhaud fancied himself a Frenchman from Provence, be religion a Jew and by nature a happy man. In his vocal ensemble compositions, including cantatas, large works for chorus and orchestras, the serious operas and some ballets, Milhaud addresses universal themes, including the contest between good and evil, the elemental forces of nature, man’s struggles, his ideals, his visions, his duties and conscience, his beliefs, his hopes and his fears. In his religious works, Milhaud “strongly affirmed his own faith, and expressed strong appeals for universal peace and brotherhood.” The despicable Paris atrocities of 2015 have regrettably shown that universal peace and brotherhood remain an allusive goal and concept. Yet, as Milhaud so beautifully expressed it in his 5 Prayers, hope springs eternal!