Composers Anecdotes
The Supernatural in Music
XII. Gothic Visuals: Musical Horror in the Cinema
by Maureen Buja May 31st, 2014 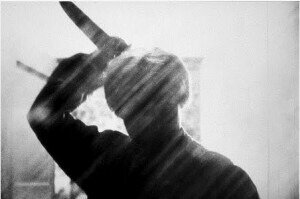 Slowly, behind the heroine, the shadow rises….the audience shrinks back in their cinema seats, helped with a hearty push from the music, generally starting in the cellos, which signal the terror that awaits. Then the violins take over, strident in their message. The terror in the violins is nowhere as well illustrated as in Bernard Hermann’s music for Alfred Hitchcock’s Psycho. In these two tracks, we move from the relatively innocuous, yet minor key bathroom music to the evocative music for the murder in the shower;

A friend told us a story of this music suddenly being played in a bookshop he was in and, all of a sudden, all the customers wanted to leave – immediately. The customers weren’t sure why, but they wanted to be elsewhere. The incessant violin bow strokes don’t leave you a chance to get even your last breath.

Horror doesn’t only happened in the household – it also has a long career in space, with everything from the ominous music begun in the cellos in Arthur Bliss’ music for Things to Come,

to the slow winding down of HAL the computer as he sings “Daisy,” the effect heightened by the cicada-like electronic sound above it 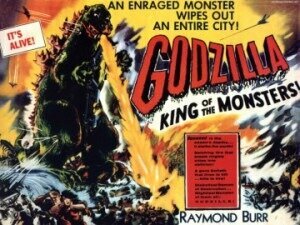 Monster movies also have their own dark sides. In the main title theme music for Godzilla, Japanese composer Akira Ifukube has been able to add a hint of the remorselessness of the monster’s invasions through the insistent beat in his music, begun with long silences after the drum beats and the portentous heavy melody in the low brass.

In his music for the 1985 remake of Godzilla, Rejiro Koroku makes it clear from the beginning that this is horror music: the low held note, the tragic trumpet lines, the abrupt breaking melodic lines, and even when a tiny high melody comes in, there are still shivering strings below.

All three elements come together in all these examples to scare us: low resonant tones, high frightening violins, and sharp percussion.