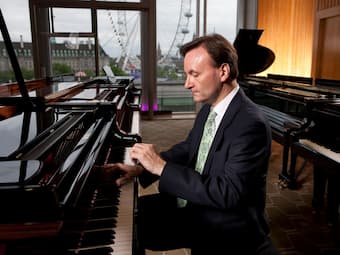 A great deal is said and written about “integrity” and “honesty” in musical performance. For most people, this means respecting the score by following the composer’s markings and attempting, as far as possible, to interpret the composer’s intentions in the music. In addition, musicians who are praised for “honest” performances tend to play without surface artifice or flashy pianistic pyrotechnics; they attempt to “let the music speak”, offer insights into the music, and communicate with the audience.

But there are other aspects to the musician’s honesty which are not immediately obvious to audiences, nor generally acknowledged within the profession, yet these can have a profound effect on a musician’s approach to their music making and their professional life.

For young musicians there is great pressure to conform to established ways of learning and presenting the music. A large part of this is concerned with repertoire, where student musicians or those at the beginning of their professional career may feel under pressure to play certain works to satisfy teachers, concert promoters or critics. (This is borne out when one considers the piano concertos which regularly appear in piano competitions and which are held up as “core works” which every young pianist should play or aspire to play.) Yet for some, these works may not suit them or be to their taste, and as a result they may not play them at their best. Being honest about the kind of repertoire one enjoys and wants to play will make practicing more productive and bring greater integrity to one’s performances. 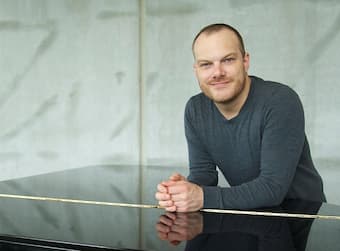 This is related to another aspect of the musician’s honesty – accepting that one cannot “play everything”. Again, the notion that one should have broad musical taste which extends to what one should play is often inculcated during training. There are very few professional pianists whose repertoire extends from the Baroque to the present-day, the notably exceptions being Maurizio Pollini and Marc-André Hamelin (who seems to be able to play anything!). The British pianist Stephen Hough has been open about his reluctance to play the music of J.S. Bach, a composer whose oeuvre is revered and resides, for many, at the very heart of the core canon. In interviews Hough has admitted, to gasps of horrified disbelief, that he doesn’t feel a deep connection to Bach’s music. Such honesty is commendable in a world where choosing not to play music from the core canon is regarded by some as a form of musical heresy!

There is another more personal kind of honesty, which is to be admired, and that is when musicians open up about injury or performance anxiety. By doing so, they support others who may be similarly suffering, and being honest about one’s frailties helps break down the taboo surrounding musicians and injury. This goes even further in the case of pianist Lars Vogt, who in very public statements on social media and a particularly moving interview for Van magazine has revealed that he has cancer and is receiving chemotherapy. It takes a special kind of honesty, indeed courage, to share such personal information, but for Vogt from the outset this was what he intended to do: “This is a part of my life. It gives people the chance to take part in it. It was supportive, the amount of kindness I encountered…” (interview with Van magazine).


Allied to this is the ability to accept and admit that it is time to quit the concert stage. The great pianist Alfred Brendel, who retired in 2008, wanted to stop performing while still at the peak of his powers in order to pursue other activities, such as writing and lecturing. It takes a degree of personal insight and honesty to make such a decision; for others, the honesty of friends and colleagues may be the catalyst to encourage a musician to review their career and adjust it according to their age or personal circumstances.