In Tune Arts
The Music of Poetry
Giovanni Battista Guarini: “Dear Heart, I Prithee, Do Not Waste Away”
by Georg Predota July 18th, 2021

Under the heading “Pietà dolente” (Sorrowful Piety), Giovanni Battista Guarini published his simply poem “Cor mio, deh, non languire” (Dear Heart, I prithee, do not waste away) in Venice in 1598. The poet could not possibly have foreseen that this text was to become one of the most popular texts for musical settings in the early 17th century. Twenty-eight different settings of the poem were published between 1597 and 1656, and countless others have probably disappeared through the intervening centuries. 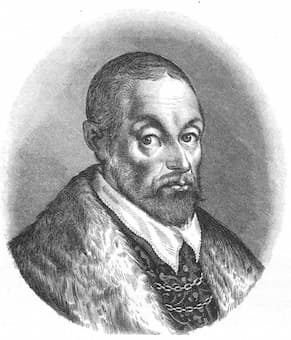 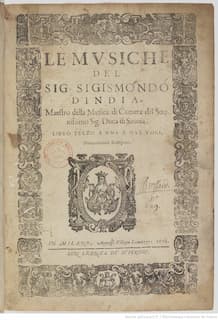 Dear heart, I prithee, do not waste away,
for my soul would waste away with you.
Hear my urgent sighs: they come to you
borne by pity and by tender longing.
See from my eyes, dimmed by a lover’s tears,
how grief consumes me.
If my death could bring relief to you,
I would die that you might live.
Oh live! for death, alas, is culpable
when other lives depend upon your own. 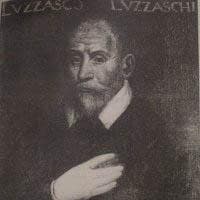 Scholars have long puzzled as to what made this little verse devoted to languishing thoughts of a melancholy lover so popular with composers. As has been suggested, “the poem is insufficient in itself, and cries out to be set to music.” Structurally it contains ten lines of 7 and 11 syllables with a fairly typical rhyme scheme and structure. “The natural pauses happen at different points in the rhyming sequence, and this subtle interplay between pauses and rhymes offers the composer a delightful array of choices for musical setting, such as deciding which phrases can take repetition in order to complete a satisfying musical architecture.” In addition, Guarini offers an array of powerful images that are easily captured in music, including sighing, longing, pity, and death. “The poem’s simplicity, clarity, brevity (and, one might almost add, banality) make it a perfect subject for musical treatment.” 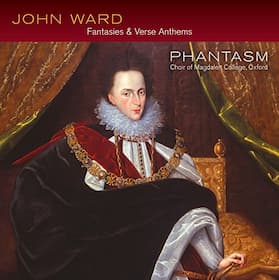 The musical settings of Guarini’s poem access all the musical styles available over time. They range from conservative yet expressive and flowering motet styles to the emerging monodic traditions using a single voice accompanied by basso continuo. Stylistic variations aside, these setting were fashioned across much of Europe, and that includes England. The madrigalist John Ward (1571-1638) was initially associated with Canterbury Cathedral, but later move to London. He composed madrigals, works for viol consort, services, and anthems for his patrons, and his Guarini setting pays tribute to Italian musical mannerisms by including broad melodic and highly original musical lines. 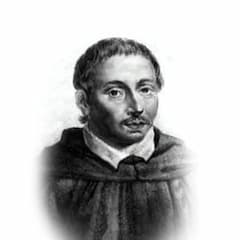 The simplicity of Guarini’s poem attracted not merely composers but music theorists as well. Among them was the famous Giulio Caccini (1545-1618) who used “Cor mio” to provide musical examples of a new musical style, which he claimed to have invented. Caccini’s new style—he was essentially talking about a recitative style—aimed to “delight the senses and move the affect of the soul.” 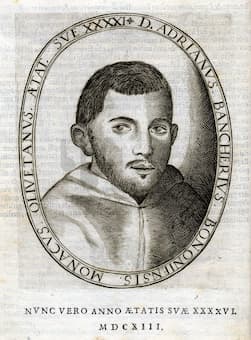 The Benedictine monk Adriano Banchieri (1568-1634) was interested in adopting the madrigal for dramatic purposes. He was also an important composer of “canzonettas,” a lighter and highly popular alternative to the madrigal. His setting of “Cor mio” is scored for vocal duet and continuo and cast in a conservative harmonic language that he closely detailed in his treatise Moderna Practia Musicale of 1613. 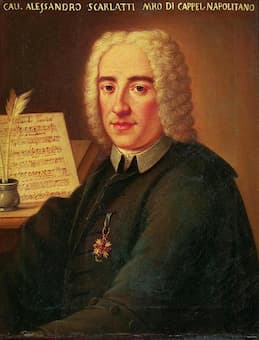 This new soloist virtuosity favored “theatrical vocal display and the desire to expose every fleeting nuance of the text.” Although madrigals continued to be popular, the importance of polyphony became to be questioned. This new musical free-for-all, however, inspired a new generation of composers, including Alessandro Scarlatti (1660-1725). In his setting, “Scarlatti fuses, in a most imaginative way, the extended harmonic language of his day with the strict rules of renaissance counterpoint. The result is beautiful, bizarre and stirring music that sounds utterly new.” In the end, Guarini’s poetry was considered old fashioned, and attention turned to the Neapolitan poet Giovanni Battista Marini (1569-1625). “His style was based on an extensive use of antithesis and a whole range of wordplay, on lavish descriptions and a sensuous musicality of the verse.” There is no doubt however, that Guarini’s lyric and dramatic genius fired the imagination of countless composers in the late 16th and early 17th centuries.