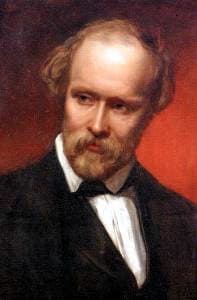 The poet and dramatist Friedrich Hebbel (1813-1863) grew up in abject poverty and struggled with severe health issues throughout his life. From personal experience and meticulous observations he concluded that life is “a struggle between the individual and the universe.” As he once wrote, “just as leaves that fall and decay stimulate plant growth the following season, so the life of an individual contributes to the progress of the universe, even though the leaf that falls or the human being that suffers cannot claim compensation.” 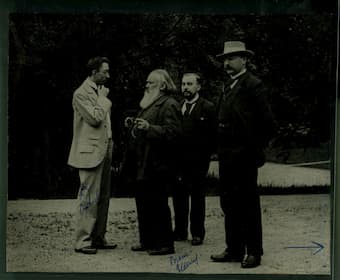 Hebbel added a new psychological dimension to German drama, and suggested that any human being can be a tragic individual. For Hebbel, drama portrays the process of life, involving a conflict between the individual and the general, and the necessary destruction of the former. Hebbel’s historical and biblical dramas were highly popular in Vienna, and Johannes Brahms was a big fan. That Brahms was attracted to the somber themes of some of Hebbel’s plays and poems should not come as a surprise. In his setting of “Vorüber,” the weary and anguished poet seeks solace and rest in the beauty and peace of nature, but soon realizes that this solution is only temporary; only death will suffice.

I lay myself down beneath the linden tree,
In which the nightingale was singing;
She sang me into the sweetest dream,
Which lasted quite a long time.

But now I’ve awakened, and she is gone;
And I am covered with wilted leaves,
But sadly not yet, as in that darker place,
have burned-out ashes turned to dust. 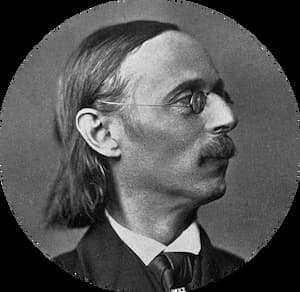 Peter Cornelius (1824-1874) always saw himself as a poet-musician. As a poet he penned more than 700 poems, three librettos and numerous essays and translations. As a composer he almost exclusively concentrated on vocal music. Although under the spell of Liszt and Wagner throughout his life, his independence is documented in songs composed to his own texts. Cornelius moved to Vienna in 1859 to work as a freelance composer, poet, teacher and translator. “I want to be completely unfettered,” he writes, “independent, even if I am poor, and free from any outside influence.” He made friends with the poet Emil Kuh, who greatly admired Hebbel. In fact, Cornelius regarded Hebbel as “like-minded.” In the 1860s Cornelius composed three duets, including the dramatic scene “Ich und Du,” (You and I) by Hebbel, which is brought to life by astonishing changes of harmony and an emphasis on key words in the text.


We dreamed of one another
And it awakened us,
We live to love each other,
And descend back into the night.

You emerged from my dream,
I emerged from yours,
We shall die if one of us
has entirely been lost in the other.

Trembling on a lily,
Two drops, pure and round,
Fuse and roll down
into the depth of the chalice.

In his 6 Songs, Op. 5—composed between 1923 and 1925—the Swiss composer Willy Burkhard (1900-1955) set texts by Uhland, Lenau, Mörike and Hebbel. His setting of “Ich und Du” is cast in a late-Romantic style, with the different personae clearly delineated in the opening two stanzas between the voice and the piano accompaniment. The final stanza provides the predictable climax as poetry and music combine and together escape into eternity. 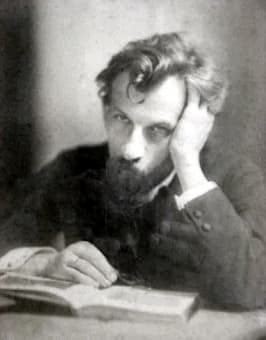 Hans Pfitzner (1869-1949) described himself as an “anti-modernist,” and his path to setting Lieder originated not with the poetry but with musical inspiration. A good many of his songs are related to his orchestral works and opera as the composer highlights a close motivic relationship between the accompaniment and the vocal line. Pfitzner openly accepted the resultant harmonic friction, as his setting share a special poetic intensity. In this Hebbel setting he elevated literal declamation to a melodic principle. “Nobody can be so perverse as to speak of the works of a great composers,” he once wrote, “without regarding his musical conception as the starting-point, the guiding principle.” Pfitzner’s lieder should rightfully be considered among the finest settings from the early 20th century.