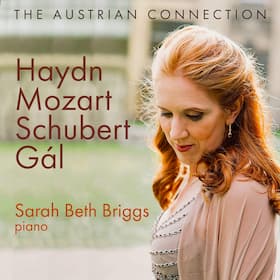 British pianist Sarah Beth Briggs has built her reputation on performing and recording on the “core canon” of piano repertoire and has a particular affinity with the music of Haydn, Mozart and Schubert. Her playing is always elegant and tasteful, intelligent and sensitive, and in this new release she brings all these qualities to music which she clearly adores.

‘The Austrian Connection’ traces the compositional links between four Austrian composers: Hans Gál (1890-1987) was perhaps the last great composer to uphold the tonal Austro-German tradition that began with Haydn and Mozart, and, arguably, reached its apogee in the music of Schubert (and also Brahms). Sarah Beth Briggs is a keen advocate of Hans Gál’s music – she made a world premiere recording of his Piano Concerto in 2016 – and the three Preludes included on this disc perfectly complement the sonatas which precede them.

As the focus of this disc is on Austrian connections, it is perhaps fitting that the opening piece is Haydn’s variations on “Gott erhalte Franz den Kaiser”, Austria’s first national anthem. From a simple hymn theme, a set of four variations follow, and where one might expect grandeur, given the theme’s significance, Sarah instead offers an intimate and charming account which provides the perfect introduction to one of Haydn’s best-known and much-loved piano sonatas, Hob. XVI/50 in C. 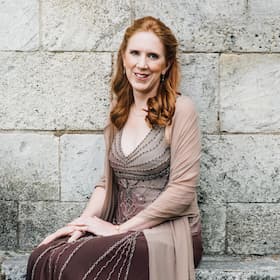 This sonata was written in 1794, during a visit to London, where Haydn discovered and – if this sonata is anything to go by – delighted in the sonorities of the English fortepiano. He fully exploited the instrument’s boldness, resonance, range and expanded technical capabilities in a sonata which is rich in inventiveness, characteristic wit and joie de vivre. The quirks and frivolity of the outer movements are contrasted with an Adagio whose beautiful cantabile qualities Sarah fully appreciates in an elegant and spacious reading. The translucent clarity of the piano sound in the upper registers is somewhat reminiscent of a fortepiano (though without the latter’s distinctive “twang”).

By contrast, Mozart’s Sonata in A minor K310 is restless and urgent, full of striking drama and dissonances, but like the Haydn before it, this sonata has a slow movement of operatic lyricism, interrupted by a turbulent middle section. Sarah is sensitive to the music’s chiaroscuro, responding deftly to Mozart’s mercurial emotional shifts and the underlying intensity of this work.


In the Sonata in A, D664 we find Schubert at his most genial, though that affability is offset by the shadowy poignancy and tender intimacy of the middle movement. However, a sunny mood is soon restored in the finale, a movement of joyful light-heartedness. Sarah achieves a persuasive warmth of tone and sensitive phrasing which highlights the glorious song-like melodies in this sonata. There is chiaroscuro and drama aplenty here too, and once again, these emotional voltes faces are handled with an eloquent sensitivity (Sarah is not a pianist who exploits the “psychobabble” surrounding Schubert’s life, preferring instead to focus on the details within the score to allow the music to speak for itself). 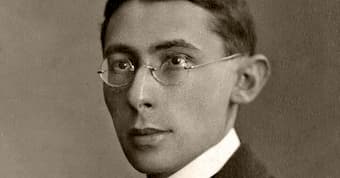 Hans Gál’s ‘Three Preludes’, composed in 1944, have classical characteristics interleaved with distinctly modern twists: the pithy quaver figurations and playful cascades and quicksilver wit in the first and third Preludes are redolent of Haydn, while the middle one, “Lento Tranquillo”, recalls Schubert in its graceful melody and introspective demeanour. Sarah brings virtuosic sparkle to the first, a quiet, reflective poetry to the second, and a beguiling humour and lightness of touch to the third, which disappears into the ether in a delicate flurry of notes.


An enjoyable “recital disc”, which takes the listener on a varied and stimulating Austrian musical journey.

The Austrian Connection is available on the Avie label.