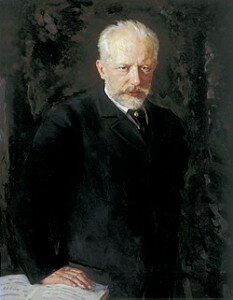 The premiere performance of Tchaikovsky’s Manfred Symphony on 23 March 1886 immediately brought forth strong opinions on both sides of the critical divide. Somewhat surprisingly, the fierce and feared critic César Cui liked the work, and favorably commented on the “masterly description of Manfred’s gloomy, noble image” in the opening movement and the “ravishing refinement of the scherzo.” To Cui, the Manfred Symphony was “a new contribution to the treasure-trove of our nation’s symphonic music.” Herman Laroche, a critic and personal friend of Tchaikovsky was rather less enthusiastic. He called it “among the most raw and unfinished of Tchaikovsky’s compositions.” Laroche liked the melodic warmth and sincerity, but he was rather unhappy with the programmatic aspects, giving “an impression of mystery and uncertainty cribbed from Liszt…with the addition of some of the technical sequins which cost our deft and resourceful composer so little effort.”

Tchaikovsky wrote the work between May and September of 1885 at the urging of Mily Balakirev, who had provided him with a program of the famous poem by Lord Byron written by Vladimir Stasov. Initially, Stasov had hoped that Balakirev would write the symphony. However, Balakirev did not feel comfortable to tackle the project and he sent the program to Hector Berlioz. Claiming ill health, Berlioz refused and returned the program to Balakirev, who in turn passed it on to Tchaikovsky a decade later. Initially, Tchaikovsky considered it one of his best works, but he later revised his opinion and even considered destroying all but the opening movement. Arturo Toscanini was certainly relieved that the work survived, as he considered it Tchaikovsky’s greatest composition. Mind you, he still made significant changes and cuts to the score for performances and recording. Leonard Bernstein, on the other hand supposedly referred to it as trash, and he never conducted or recorded it. Just goes to show, you can’t please everyone!